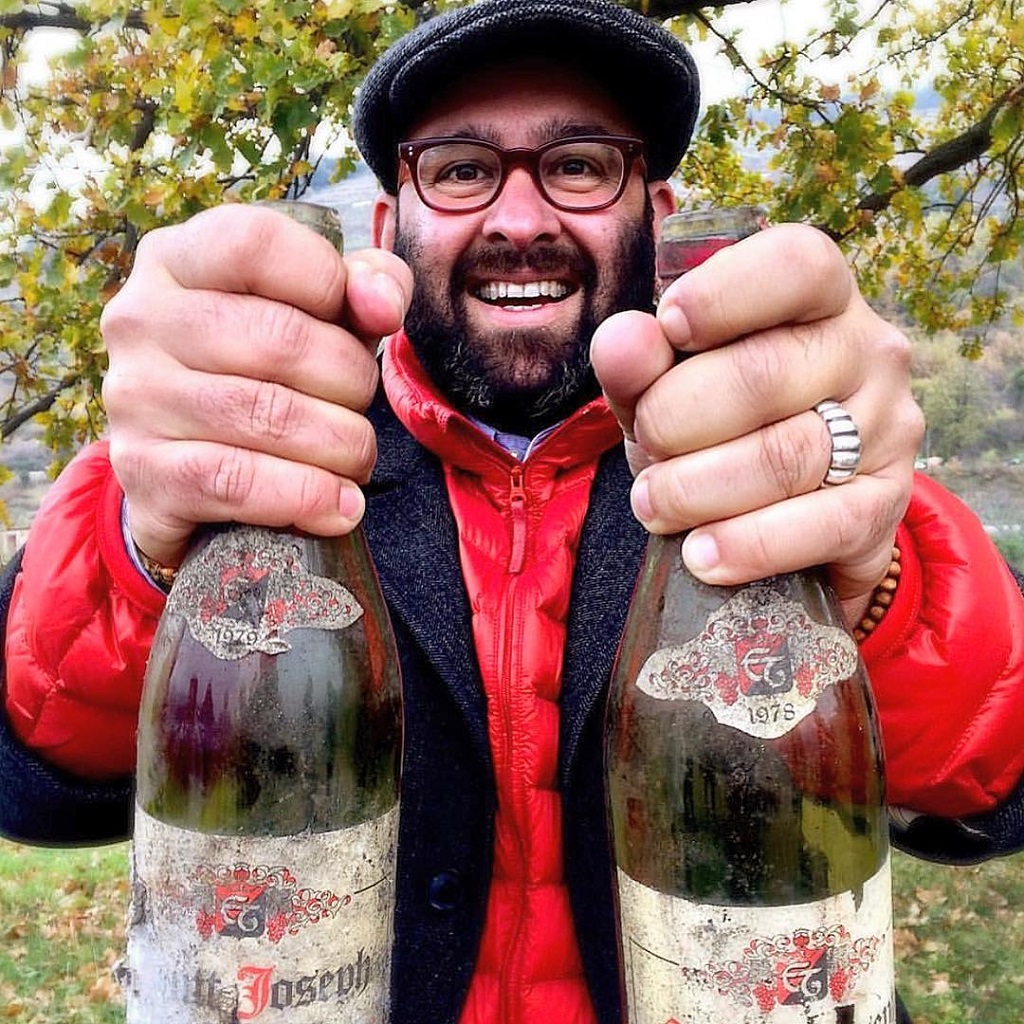 Meet Rajat Parr: The Most Sought After Celebrity Wine Maker From India

Mr Rajat Parr, is one of the most sought after sommeliers, period. He was born and brought up in Calcutta, which explained why he fell in love with food and wanted to become a chef. He studied to be a chef at Manipal and then the Culinary Institute of America, New York. His passion for wine was born in 1993 when Rajat went to visit his uncle in London. His uncle would collect wine and one day offered him a drink, which Rajat remembers as a glass of Mouton Cadet. The grape was always his favourite fruit, but this opened up a whole new world for the young chef! He went on to become obsessed with wine and worked very hard outside the kitchen to learn as much as he could.

@rajatparr says “RELEASE THE MAGNUMS!” Our 2016 vintage 1.5L bottlings are available on our website today. 🔗 in bio to read our TOP 5 REASONS we love BIG BOTTLES.

Since then, he has gone on to become a world class wine maker, award winning author and mentor to many successful sommeliers (wine experts) of today.

To be called “one of the most celebrated sommeliers” is fitting to the respect and admiration he has earned from his peers and all those who know him. Everyone opens their best bottle whenever he walks into a room.That’s a celebration, if you ask me!

After graduating from The Culinary Institute of America, he made many attempts to get any front of the house position with a focus on wine in a restaurant, but he was only offered kitchen roles due to his background. But he kept at it and began his career as a food runner at the world famous Rubicon in San Francisco.

He was eager to meet Legendary Master Sommelier Larry Stone of Rubicon but he only met him after a month and after making a good impression, Rajat was allowed into tasting sessions. He eventually found a boss and mentor in Larry Stone, who appreciated Mr Parr’s persistence and passion. Stone helped Parr gain extensive knowledge of great wines from around the world and even developed an affection for the wines of Burgundy. This obsession alone would later drive the demand up and prices for wines from Burgundy. After a year at Rubicon, he volunteered to work in vineyards during the week and weekend nights at the restaurant. He worked for 3 years at Rubicon.

He then moved on to open the award winning Fifth Floor in San Francisco as the Opening wine director. Within two years, his wine list was a winner of the Wine Spectator’s coveted Grand Award

After that, he moved to the Michael Mina group as their corporate wine director. He opened Sea Blue in Las Vegas but moved back to San Francisco in 2004 to open the flagship Michael Mina Restaurant. He then went on to travel across the United States, opening restaurants and heading their wine programmes. With such a dynamic personality and the ability to explain wine so well, he was allowed to open a wine driven Burgundy themed restaurant that unabashedly prioritized wine. Thus, RN74 was born. The name comes from one of the major road that leads out of the area – although it has now been changed to D974.

@viticolewine on 🔥🔥🔥 with Sandhi Wines.

The Michael Mina Group, with more than 25 outlets throughout the world, is one of the most successful restaurants companies and gives a lot of credit to the highly entrepreneurial chef Michael Mina and his star-studded team.

Mr Parr’s wine lists won four Wine Spectator Grand Awards and managed to drive wine sales even during the crash of 2007! His creatively selected and priced wine programme and the sense of place in each selection are what makes his selection so valuable. He once created a menu similar to the railway station announcement boards with revolving plates for a wine bar named “The Last Bottle” which literally had bottles flying off the menu. The stunt was a little cheeky but incredibly effective!

Rajat has been cast in movies such as “Somm”, “The Grapes of Wrath”, to name a few and you can find him on many online videos  as well. His encyclopaedic knowledge and gifted blind tasting ability makes him a flame to all aspiring sommeliers.

People who he has mentored have talked about all the amazing, rare and incredibly expensive bottles of wine they had a chance to taste. He’s an ardent wine educator and holds seminars and tasting sessions all the time. You can discuss details about individual vintages for the last 20 years so make sure you take down notes! These will be priceless! Everyone who has worked or mentored under him have gone on to become very successful themselves. His lack of ego, approachable demeanour and great management style make him cherished by all who know him.

@jorgrama and I are excited to announce that The Sommelier’s Atlas of Taste will be hitting the road from October 23rd through November 25th, for a month long celebration of book signings, tastings, and various wine-focused events. From coastal California, to Scandinavia, and handful of places in between, join me in debuting the release of our latest book, highlighting the greatest wines & vineyards in Europe. Check out the complete guide of book tour stops, here. For further information DM me. Schedule- 10/23 Los Angeles 10/24 Santa Barbara 10/25 San Francisco 10/26 Oakland 10/29 Seattle 10/30 Portland 11/1 Chicago 11/6 Boston 11/7 Brooklyn 11/11 New York 11/13 Washington D.C. 11/14 Raleigh 11/15 Charleston 11/19 London 11/24 Stockholm 11/25 Paris

He has won three James Beard Awards, including recognition for the two books he has authored, “Secrets of the Sommeliers: How to Think and Drink Like the World’s Top Wine Professionals” and “The Sommelier’s Atlas of Taste: A Field Guide to the Great Wines of Europe” and an outstanding service professional in the drinks space, among other accolades.

His close personal relationships with even the most obscure wine makers has allowed to him to launch the amazingly curated “Rajat Parr Wine Club”, membership which allows you an oral and olfactory adventure to the worlds tastiest and best vineyards.

If that wasn’t enough, he also makes wine! Labels such as Domaine De La Côte, Sandhi Wines and Evening Land Vineyards have him working as a full time wine-maker now in Santa Barbara and Oregon. His personal philosophy of “sense of place” stresses a lot on the flavours of the wine to be a complete reflection of the region it was grown, aged and bottled; nothing more, nothing else. I have had the pleasure of tasting most of his labels and in particular loved the Sandhi label Chardonnay! I smuggled a few back home and they made a great present for my dad.

A quest for distinctiveness in wine led to him to acquire an exhaustive knowledge of France. There is a well-known joke in the sommelier circles; just ask Rajat what he thought of the 88 vintage of Burgundy and he will ask if you meant 1888 or 1988. Such is the prowess of his knowledge and blind tasting ability. Very often, when people find out he is visiting San Francisco for work and they make a pilgrimage just like I did when I found out he would be at the flagship Michael Mina in San Francisco. It is a rare opportunity to meet him due to him being a full-time wine maker now. I took two trains to get to the city and he was kind enough to give me a glass of Champagne as it was my birthday. People usually enter with a brown bag, a brown bag means a blind tasting, people pour him a glass from the bag and watch in bewilderment as he nails not just the grape, region, village, vineyard and vintage but also explains why he came to that conclusion almost making it seem as though he was born with this natural ability to pinpoint every smallest detail. Almost as if he was Dionysus himself!

Spice It Up: Easy Ways To Increase Your Sexual Appetite