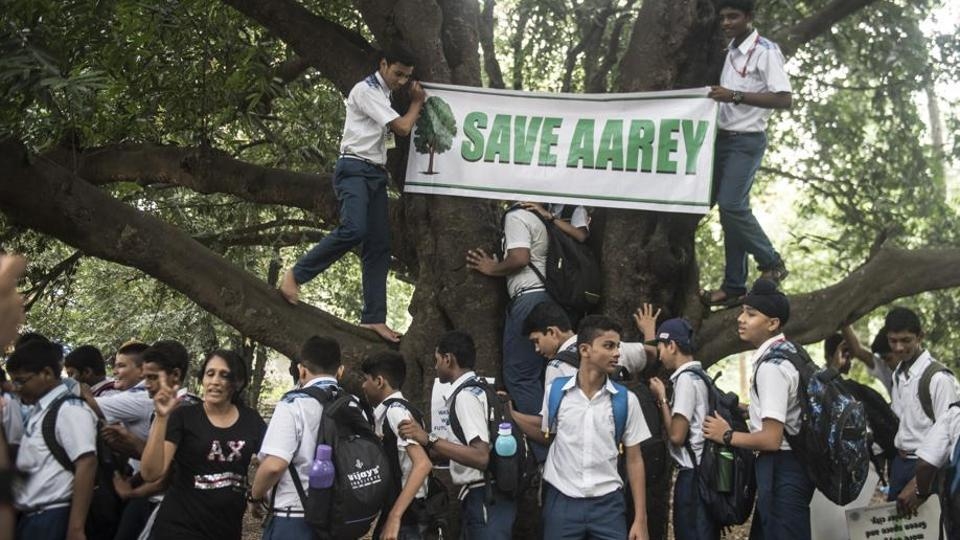 Aarey Saved, As Supreme Court Orders An Immediate Stop On The Cutting Of Trees

After numerous protests, there’s a sigh of relief as the apex court stated that no more trees are required to be cut for a car shed of the Mumbai metro in Aarey colony.

Aarey colony, a green belt belt in suburban Goregaon which has more than five lakh trees, together with Sanjay Gandhi National Park was to be cleared to make way for a car shed of the Mumbai metro in Aarey colony. Due to the initiative, protests and campaigns sparked everywhere as this was harmful for the environment. On Sunday, 29 activists were arrested during protests on Friday night as trees were pulled down, this was followed by a court hearing after which the activists were released on bail after they said that they won’t take part in any further protests. The Supreme Court restrained the concerned authorities in Mumbai from cutting any more trees for the car shed.

Due to the ongoing protests, a gathering of more than four people has been banned in the area and only the residents are allowed to move in and out of Aarey. After a group of students wrote a letter to the Chief Justice of India to stop the cutting of trees immediately, a special bench of justices was set up to look into the matter. On Friday, the Bombay High Court approved the cutting of trees in the green belt to make way for a car shed for the metro and hours later bulldozers were sent to the location.

The Cast Of ’83 Celebrates Shoot Wrap, And Deepika Padukone Has A Party Planned!

In Delhi This Pujo? You Need To Read This To Update Your Pandal Hopping List