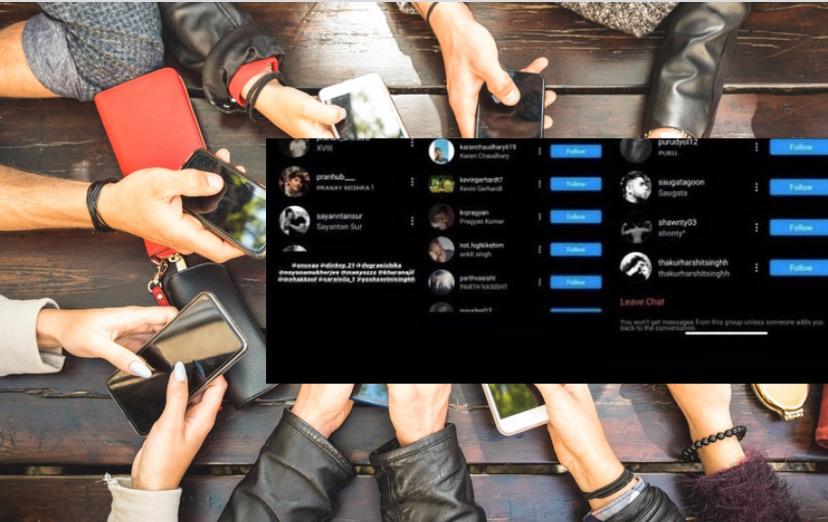 A few years ago, after a particularly shocking case of sexual crime against women rocked the state of Uttar Pradesh, Mulayam Singh Yadav – a veteran politician – uttered a certain unfortunate adage, not an adage as much as a misappropriation of gender parity – ladke to ladke rahenge / boys will be boys. Who hasn’t heard these words countless times in their lifetime dismissing the idea of having boys accountable for their actions? Whether it is rash driving; misbehaviour with authorities; crimes against women. CRIMES. AGAINST. WOMEN. These boys who remained boys, somewhere down the road, turned into men who remained men, and escalated dowry deaths, domestic abuse, abandonment of their infant baby girls, foeticide of girls, violent aggression, verbal abuse; giving women rape threats on the internet, suggesting women and girls remain within the four walls of the house, perpetuating a culture for their raja betas to take note of and run wild with it. We let our boys remain boys, so today our men tried to destroy women’s agency. Yet again.

One school student ( a juvenile) has been apprehended in the instagram boys' locker room group. Almost all the group memebrs (21) have been identified. All will be examined. The mobile phone has been recovered and it is also being examined.

A private group on Instagram, Bois LockerRoom, was outed on Twitter this past Sunday. Screenshots of Delhi school boys sharing images of underage girls, with conversations about women’s privates to ‘jokes’ of plans to rape, went viral. They finally drew the attention of the Delhi Commission for Women, which sent a notice to both the police and Instagram demanding a probe.

However, medium is always the message, and these boys and some girls, were online via popular social media platforms, using their personal gadgets, wallowing in privilege with impunity. These “kids” went to popular schools, belonged to an upper-class educated group of society. These are just assisting facts though, to the larger problem, because if history has taught us anything – misogyny doesn’t see class, creed, caste, religion, gender, all it sees is undeniable power and the abuse of it. 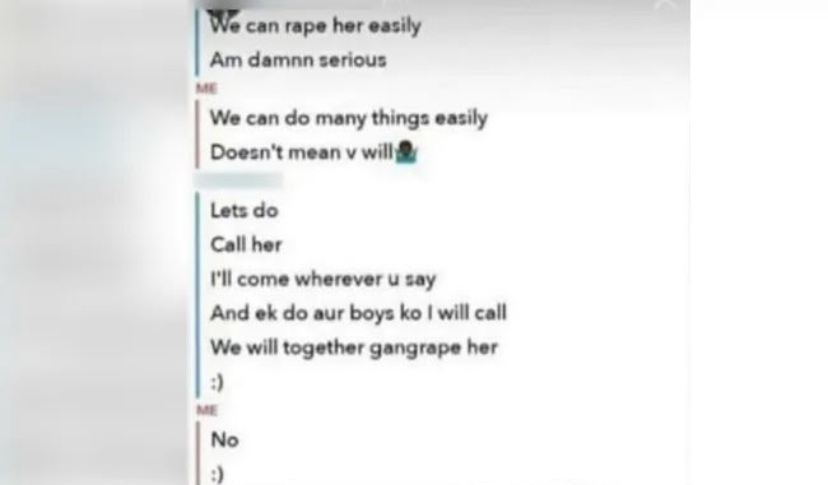 By many pointed fingers and national outcry, the boys stand guilty, unaware of the criminal intent of their remarks. With undertones of -Dominance – Aggression – Rugged good looks. Aren’t the attributes of “the ideal guy” just those? Aren’t these boys, that? Aren’t they the gosh darned “achche ghar ke ladke“? Don’t they perhaps share profile pictures, or articles suggesting women empowerment, gender equality, so on and so forth. Unfortunately, armchair activism can’t spot a brazen liar when encountering one. It usually shrugs, and looks the other way. These boys then go give their exams, get to college, get to push out an even more scary version of patriarchy and abuse. But under the protective cloak of the society never holding them responsible for anything.

Slogans like “Girl Power, “Girls Can Do It Better” written with a liberating message have gotten us so far and forward. Music, sport and young adult literature all seem to have been chanting a feminist hymn. It’s suddenly rosy, the grandmothers sigh in relief for their daughters who don’t have to suffer like them anymore. We built a world for our women, we give them, now, the choice to be, to dress as she wants, to do the job she wants, to have a say, to do all freely, yet still at the feet of men. We built our women stronger, we were so devoted in their care that we forgot about the men, who as young boys are still being fed gibberish like “Emotions, what are those?” The way boys are brought up, and the way they are talked to about empathy can do quite a lot, but we were always teaching them otherwise.

Last year in a similar circumstance, young boys from Mumbai were held, and this past January a son of a popular journalist and politician who studied at the best of educational institutions around the world, was called out by women who knew him for molesting them, and forcing himself on them – but aside from him crying wolf about this being a vilification campaign, nothing came out of it. Nothing would ever come out of it, either, not because crimes against women don’t have a standing ground, but because men have immunity. It starts with being the obvious choice of parents to be the one to get educated, then it meanders while eating more ghee, and having more doodh than his sister for the obvious strength he requires, it develops maturely somewhere where he always holds the remote and drives the car and reads the newspaper, it pauses where he has to “earn for his sister’s wedding”, and ultimately reaches a destination where he claims that his wife needn’t work because she should concentrate at home.

However, coming back to sex, the singular bastion of power a man assumes, and the taboo that causes this heady mess where it is nary without embarrassed glances and giggles. Even sex education for men, has been left to the pornographers and sports’ coaches, alone. It’s suddenly messy and disturbing, the parents don’t understand the effect of changing male hormones anymore, the elders though always talk about the virility he will grow up to have, and the ghar ka chirag he will give the family. We forgot that current ideas of manhood needed to be ripped up and chucked away, because they don’t look at sex as a two-way street that requires consent, they see sex as a means to an end.

While feminism has provided young girls with a muscular alternative to traditional femininity, the definition of masculinity seems to be in some respects contracting. So, “Boys Will Be Boys”?

The key to changing attitudes is accepting that we are all, as parents, teachers, family and friends, flings and girlfriends, as prone to the same biases as everyone else. How dare we now demand for something more delicate after inscribing aggression and rage as the only socially acceptable emotions men are allowed to express. The acceptance of the softboy look and softboy behavior has only found acceptance in internet flicks, and tales of female authors. Society has a long history of teaching men that manhood is mastered through power, strength,  and heterosexual prowess.

A 19-year-old college student filed a complaint when she discovered her images shared on the chatroom. As the hashtag #BoysLockerRoom trended on social media, there were thousands of posts talking about another “Me Too” moment in India and the need to address toxic masculinity starting from schools.

The case calls for extraordinary deductions. We need to decipher the clues.

What we need to do as a society comes at a later stage, what we need to as individuals comes first. If you are a girl reading it, own your body, own your mind, even if that comes at a price of you having to sacrifice love. Be strong enough to understand that life cannot, should not revolve around anyone who abuses you – physically or emotionally – no matter how sorry they are in retrospect. Stop making excuses for your grandfathers, fathers, brothers, uncles, cousins, boyfriends, husbands, sons. Hold them accountable, fight with them, report them, don’t back down. You may gain love if you do back down, but you will lose any modicum of conscience, so then good luck ever getting sleep. And if you partake in this with men, or employ a #girlslockerroom, always remember documentation has ways of calling you out, and that just because you are a woman doesn’t mean you can’t be a carrier of toxic masculinity.

Men, if you are reading this, don’t question a woman – don’t abuse her – don’t think of them as your sister or mother, no, think of them as human being with agency and thoughts and a voice. Don’t get cowered by boys alike who believe your tears make you a “fag”. Don’t call men, who aren’t abusive pricks, “sissy” or “pansy”. Apologise to women when you make a mistake. Don’t let mythics fool you into believing you are the better gender, because when at the worst of your behaviour, you indulge in acts that barely qualify you as a human.