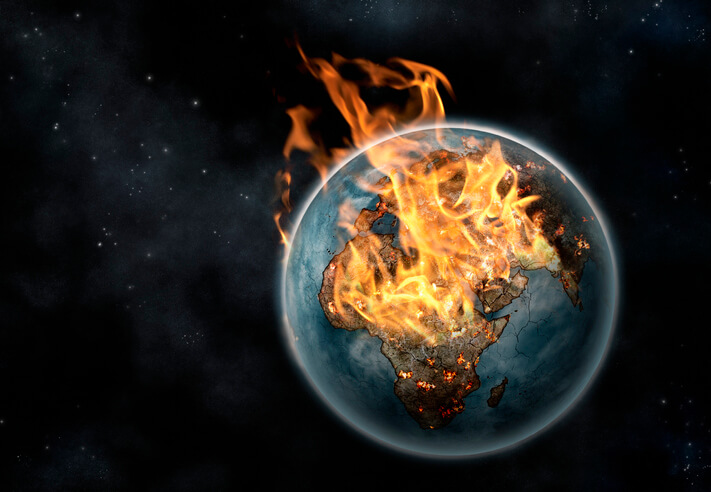 ‘Climate Emergency’ Is Oxford Dictionary’s Word Of The Year

Oxford Dictionary has declared ‘climate emergency’ as the word of the year for 2019. Why? Because it believes that the word ‘reflects the ethos, mood, or preoccupations of the passing year’.

“In 2019, climate emergency surpassed all of those other types of emergency to become the most written about emergency by a huge margin, with over three times the usage frequency of health, the second-ranking word,” The selection panel choosing the word on behalf of Oxford said.

According to the dictionary, climate emergency is defined as ‘a situation in which urgent action is required to reduce or halt climate change and avoid potentially irreversible environmental damage resulting from it.’

“The climate crisis is becoming increasingly urgent and the latest declaration from Oxford Dictionaries reflects this urgency, as well as a growing public consciousness over the impacts of climate change,” said Tracey Ann Ritchie, vice president of programs and partnerships at Earth Day Network.

Oxford’s data showed that the use of “climate emergency” increased hundredfold (10,796%) over the course of the year.

The data also reflects the increasing use of “climate emergency” among the scientific community. Recently, more than 11,000 scientists signed an article published in the journal BioScience, proclaiming “clearly and unequivocally that planet Earth is facing a climate emergency.”

“While it is unfortunate that the term ‘climate emergency’ has been declared the word of the year based on the exponential increase in its use, it is important to note that the response has exponentially increased as well,” said Tracey Ann Ritchie.