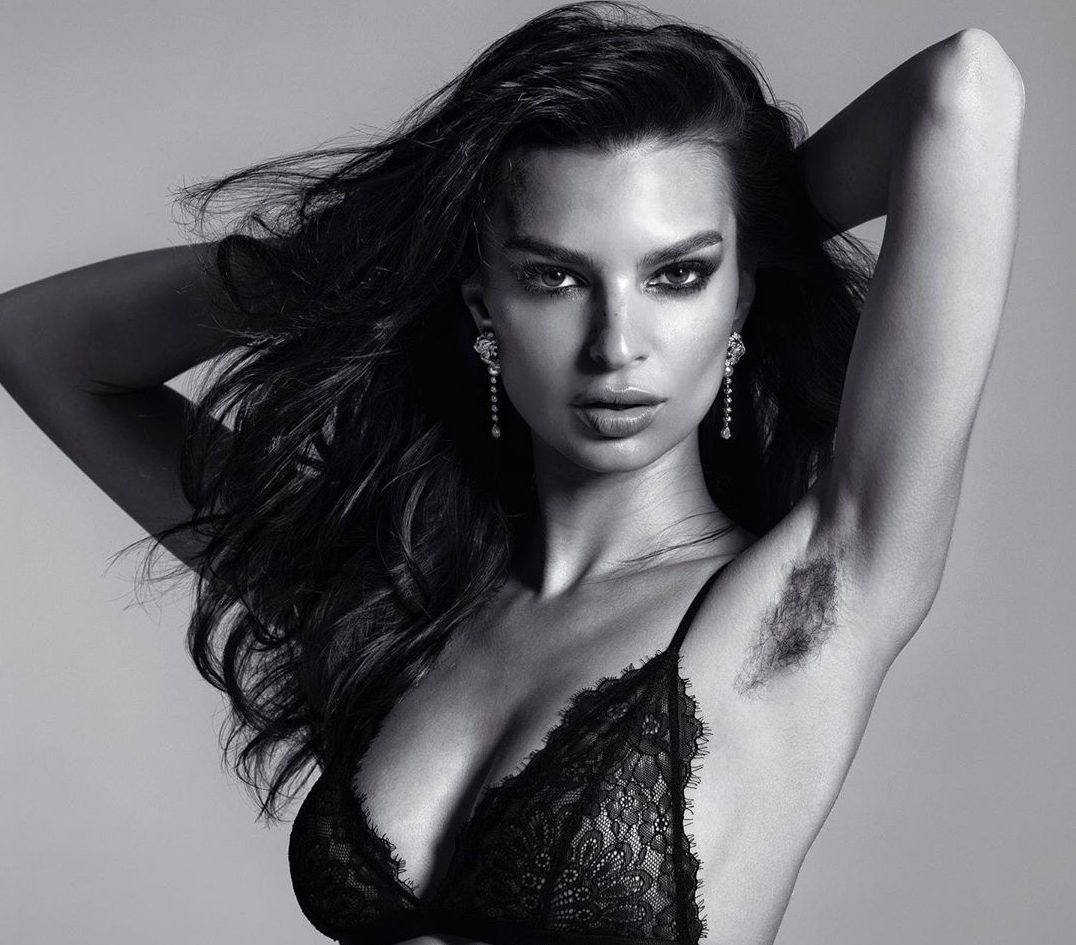 Emily Ratajkowski is going bare for all the right reasons. The 28-year-old model posted a picture of her boldly flaunting armpit hair to prove a point about a woman’s right to choose.

Ratajkowski got candid in a new essay for Harper’s Bazaar about her journey toward embracing her femininity however she wants- whether it is with clean-shaven armpits or long body hair. Her picture in a black lace bralette with underarm hair in full display is a part of the shoot for the fashion magazine’s latest issues, where the model and the actress illustrates her thoughts on feminism, identity, sexuality and more. Emily wrote in her caption in Instagram, “Do your thing ladies, whatever it might be”.

“Give women the opportunity to be whatever they want and as multifaceted as they can be.” I wrote an essay for @harpersbazaarus about the importance of women’s right to choose (how she dresses, what she posts, if she decides to shave or not) no matter what influences have shaped the way she presents herself. Do your thing ladies, whatever it might be. Link in bio.

In her essay, Ratajkowski wrote about what makes her feel sexy and confident. It read, “I feel powerful when I’m feeling myself, and sometimes feeling myself means wearing a miniskirt. Sometimes it means wearing a giant hoodie and sweats. Sometimes I feel particularly strong and free when I don’t wear a bra under a tank top. That’s just me, in that moment”. As for her hairy pits, the model said it’s not a decision she always makes, but it also doesn’t mean she won’t. “If I decide to shave my armpits or grow them out, that’s up to me. For me, body hair is another opportunity for women to exercise their ability to choose – a choice based on how they want to feel and their associations with having or not having body hair. On any given day, I tend to like to shave, but sometimes letting my body hair grow out is what makes me feel sexy… As long as the decision is my choice, then it’s the right choice”, she wrote. 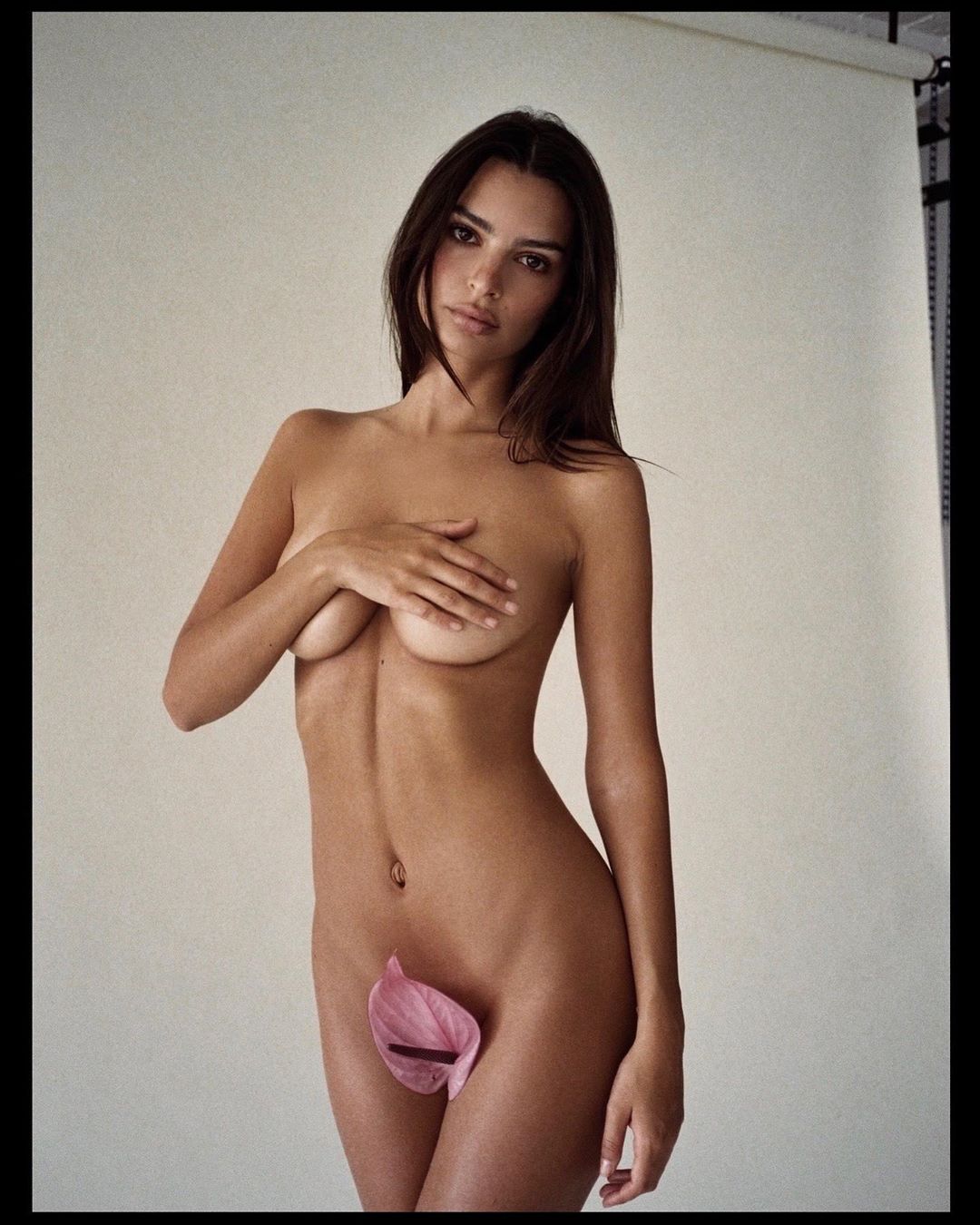 One specific moment the proud feminist referred to was her arrest in Washington D.C. last year. She mentioned she wasn’t arrested for protesting against Supreme Court justice Brett Kavanaugh, who was accused of sexual assault, but rather for wearing a white tank top with no bra. She said, “In their minds, the fact that my body was at all visible had somehow discredited me and my political action.But why? I often think about this. Why, as a culture, do we insist on separating smart and serious from sexy?” 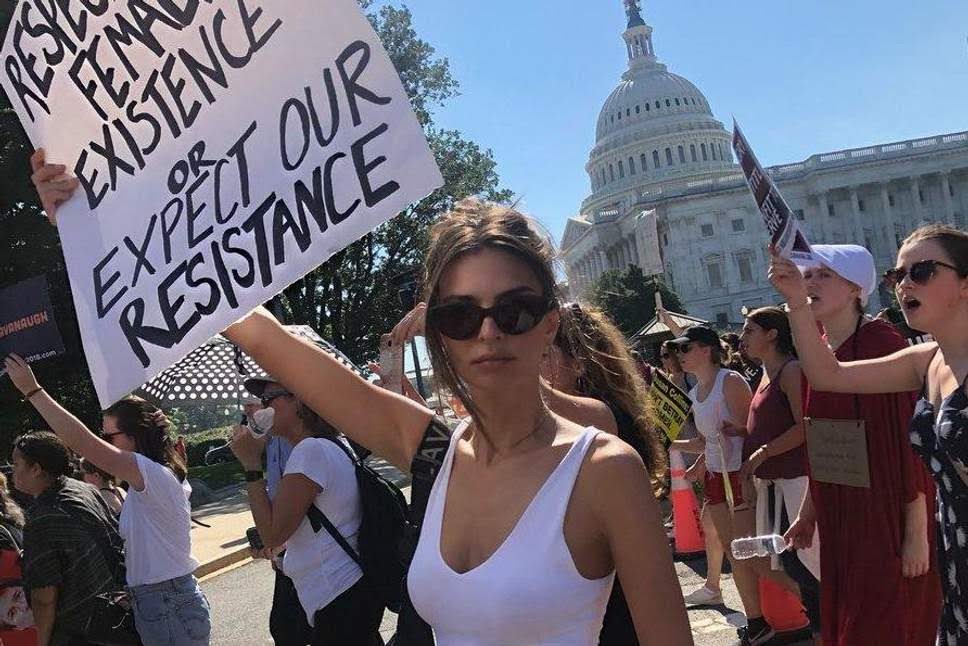 Emily Ratajkowski finally concludes her essay with “Give women the opportunity to be whatever they want and as multifaceted as they can be. Preconceptions be damned.”

What Emily Ratajkowski is trying to say is exactly what Julia Roberts did in 1999- being herself. The Oscar winner created media frenzy two decades back during the Notting Hill premiere when she sported some armpit hair in a sleeveless red dress. And it’s only last year when the world realised the then 31-year-old Roberts wasn’t intentionally trying to resist antiquated beauty standards or make a feminist point per se- she was simply being herself. The then 31-year-old Roberts had zero agenda while doing so. In an interview with Busy Philipps, she was quoted saying, “I just hadn’t really calculated my sleeve length and the waving and how those two things would go together and reveal personal things about me. So it wasn’t so much a statement, as it’s just part of the statement I make as a human on the planet, for myself.” 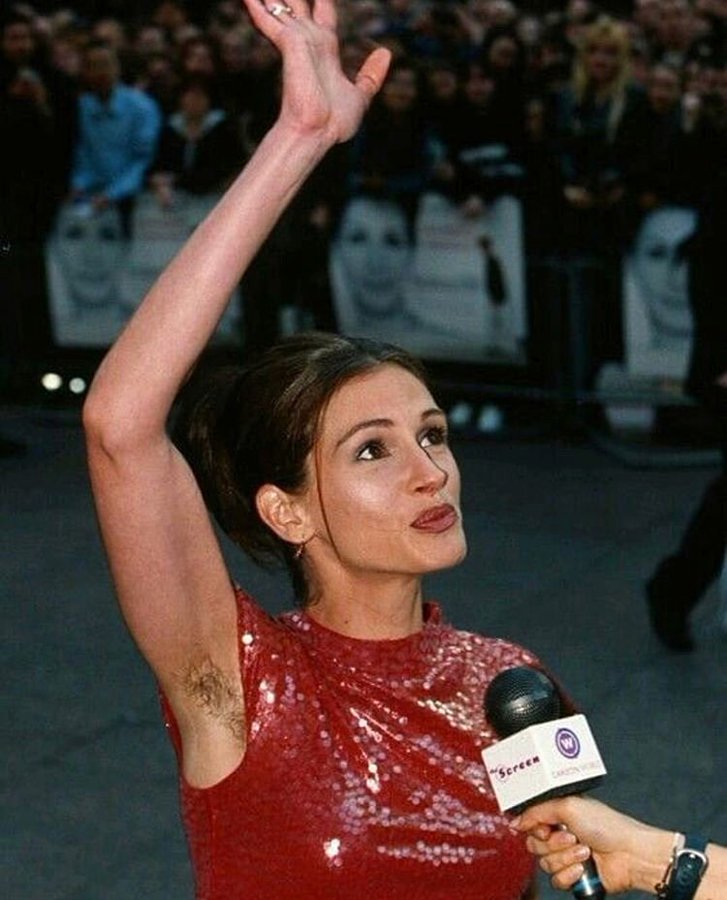