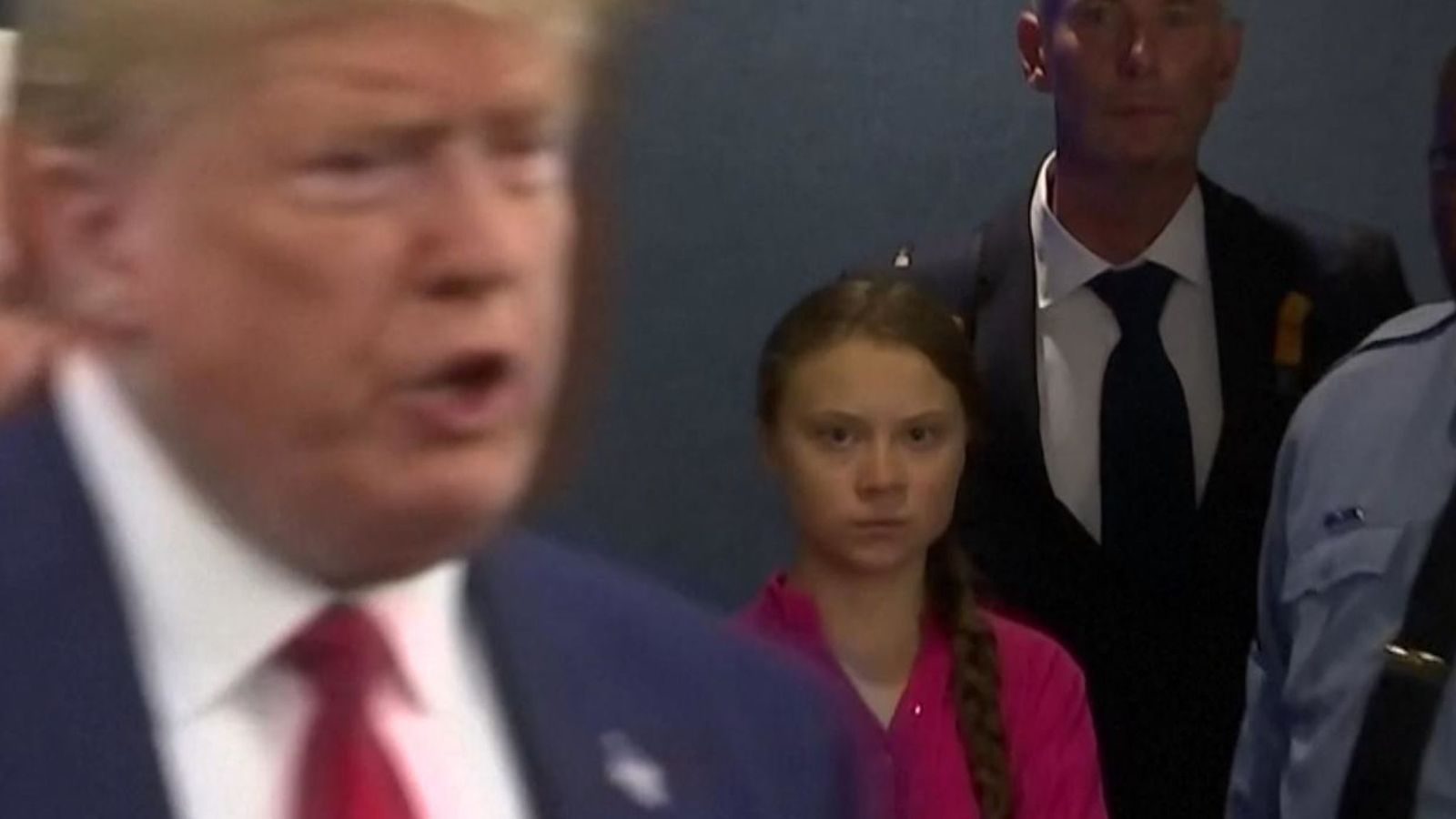 Greta Thunberg is a reckoning force and her fiery speech at the United Nations Summit on climate change just proved it yet again. The 16-year-old Swedish activist scolded the audience at the UN Climate Action Summit, repeatedly asking, “How dare you?” She said, “We are in the beginning of a mass extinction and yet all you can talk about is money. You are failing us”. She also accused the UN leaders of having stolen her dreams and childhood with their empty promises. “You have stolen my dreams and my childhood with your empty words and yet, I’m one of the lucky ones.People are suffering, people are dying”, she added.

”People are suffering, people are dying, entire ecosystems are collapsing. We are in the beginning of a mass extinction and all you can talk about is money and fairytales of eternal economic growth.” Watch Greta Thunberg speak at the UN Monday morning. https://t.co/Akkxm9sXdr pic.twitter.com/ahHKlhbYaE

While her speech was an empowering one, what really caught everyone’s attention was Thunberg glaring intensely at US President Donald Trump. In a video that went viral, it’s seen Thunberg giving Trump an icy cold glare just after her speech at the United Nations Summit on climate change. In the video, Greta can be seen waiting patiently in the lobby at the United Nations; her face reflect curiosity as she waits to see who’s arriving. Her expressions change to that of anger and frustration on seeing Donald Trump. Meanwhile Trump, who had spent only a few minutes at the climate summit posted a tweet on Thunberg saying, “She seems like a very happy young girl looking forward to a bright and wonderful future. So nice to see!”

Thank you @gretathunberg for giving us the much needed punch in the face, for bringing your generation together and showing us that we need to know better, do more to save what is most critical. At the end of the day, we only have this one planet. #HowDareYou https://t.co/IiQ5NUavpD

If eyes could be knives. #GretaThunberg #DonaldTrump pic.twitter.com/npMK4z2bmb

#DonaldTrump asks if he can buy Sweden. #GretaThunberg

The gif to end all gifs #GretaThurnberg

That death rattle is noisy but what will replace it is clarity@realDonaldTrump represents the rancid past @GretaThunberg represents the future – which they are trying to ruin pic.twitter.com/dHDlDvN4WM

Greta Thunberg looking with complete contempt at a strutting Donald Trump. I'm reminded of that famous image of the student standing in front of a tank in Tiananmen Square.#HowDareYou pic.twitter.com/RMM4dJYhvB

Has there ever been more of a death stare than this from Greta Thunberg to Donald Trump? 👀#ClimateActionSummit pic.twitter.com/Juw9jNZA1C

Greta Thunberg’s glare at Donald Trump is giving me the energy to get through this Monday pic.twitter.com/xdM0rdI2ln