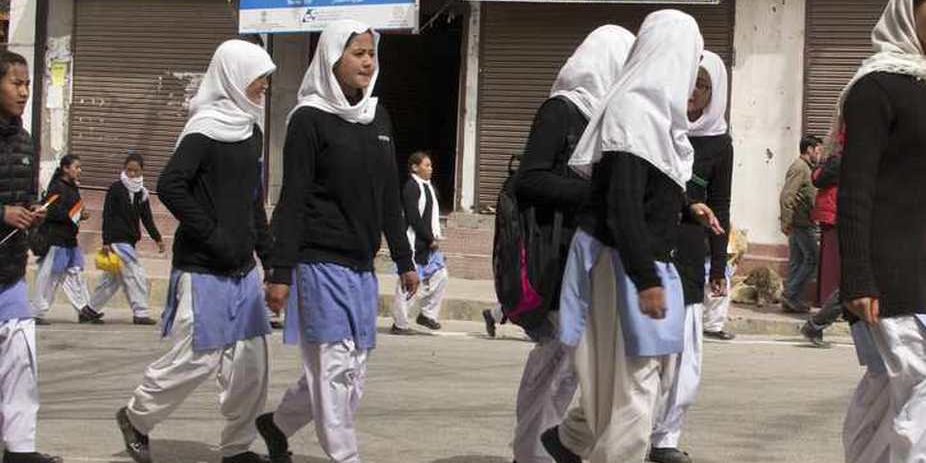 Schools Reopen After 7 Months In Kashmir, But Is It Too Late To Repair The Damage Done?

Schools in Kashmir reopen today, on February 24, after remaining shut for nearly seven months following the abrogation of Article 370 on August 4 last year.

The decades-long conflict in the Valley has led to constant school closures, attacks on schools, and assaults on students. Schools that are repeatedly shut down face declining teacher accountability standards and reduced curriculum. Girls, in particular, have been disproportionately affected by the general decline in the education system. Kashmir has one of the lowest literacy rates for women in India, stemming from the cultural tendency to prioritise the education of boys over girls.

Education is a fundamental right in India. The abrogation of Article 370 was done promising the country that Jammu and Kashmir will see a better tomorrow, and while the jury is out on that, the future of Kashmir’s children stares at an absolute blank. Even before the latest developments, Kashmir’s education system has been hanging in the balance, and children have faced blockade that limits quality education. The instability could extensively disrupt the education of millions of children, leaving them without places to learn for an indefinite period of time, and creating a climate of fear that could exhaust learning standards.

Director School Education, Kashmir, Mohammad Younis Malik said that “all arrangements have been put in place in this regard”. The Director has urged the teachers to work with dedication to build a better future for their students. He said that “last year students proved their mettle and now it is our responsibility to extend our support to them and redouble efforts to get their syllabus completed well in time.”

The Field Officers were instructed to visit schools regularly to monitor the follow up of academic planner for timely accomplishment of set targets.

The aftermath of scrapping of 370 saw not only schools being shut down but also internet access being cut off, and dissenting politicians being put under house arrest. The lock-down further prevented people from receiving medical help, contacting family members, and getting basic information. Such suspensions of daily life deepen the flaws of Kashmir’s education system.

It was only recently that the Indian government unblocked several hundred websites, bringing a tentative end to the world’s longest internet shutdown in a democracy. Hours after the government led by the Prime Minister of India, Narendra Modi, shut down mobile and broadband service in Indian-administered Kashmir, an infographic by Foreign Policy’s C.K. Hickey revealed that New Delhi had shut down the internet in India 159 times over the past three years—more than Pakistan, Iraq, Syria, Ethiopia, and Iran combined.

Everyday citizens, meanwhile, fear that the situation of Kashmir could transmit into armed conflict.