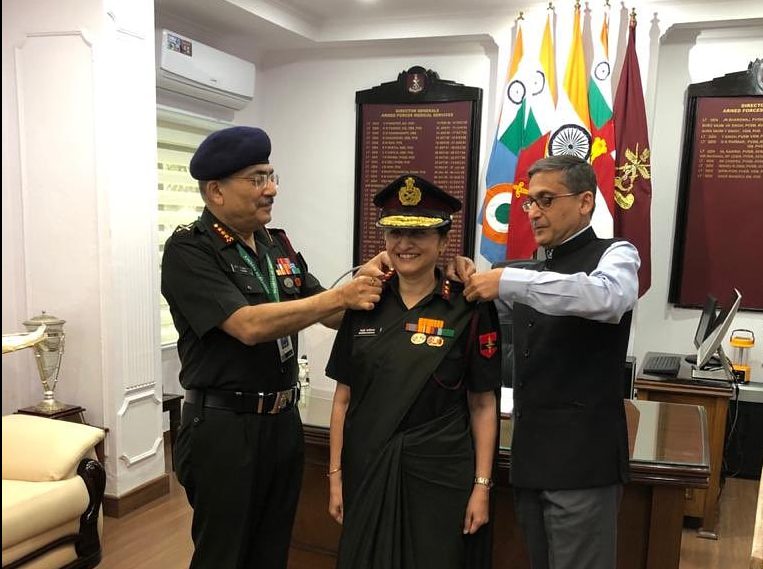 Major General Madhuri Kanitkar was promoted to the rank of Lieutenant General on Saturday, February 29. She became the third woman officer to secure this post in the Indian Army and was also observed as the first woman pediatrician to achieve the second-highest post in the force.

Lieutenant General Madhuri Kanitkar who served in the Indian military for 37 years, was also the former dean of Armed Forces Medical College Pune. Reportedly, she took charge as the Deputy Chief, Integrated Defence Staff (DCIDS), Medical (under the Chief of Defence Staff) in New Delhi.

“This organisation is fair, transparent, respected and safe for a woman where she is given opportunities to grow. If there is one message I would like to share, it is to enjoy every day in uniform with childlike enthusiasm and challenge yourself to achieve the impossible. Never give up, just give back! To every woman in uniform, I can say ‘half the world is yours to take, but the full is yours to give’. So, always give your best,” Lt General Madhuri Kanitkar told a leading daily.

Interestingly, Lieutenant General Madhuri Kanitkar and her husband Rajiv,  also a lieutenant general will be the first couple in the armed force to achieve the rank.

Diljit Dosanjh Finds Himself In A Situation With Ivanka Trump. Find Out What