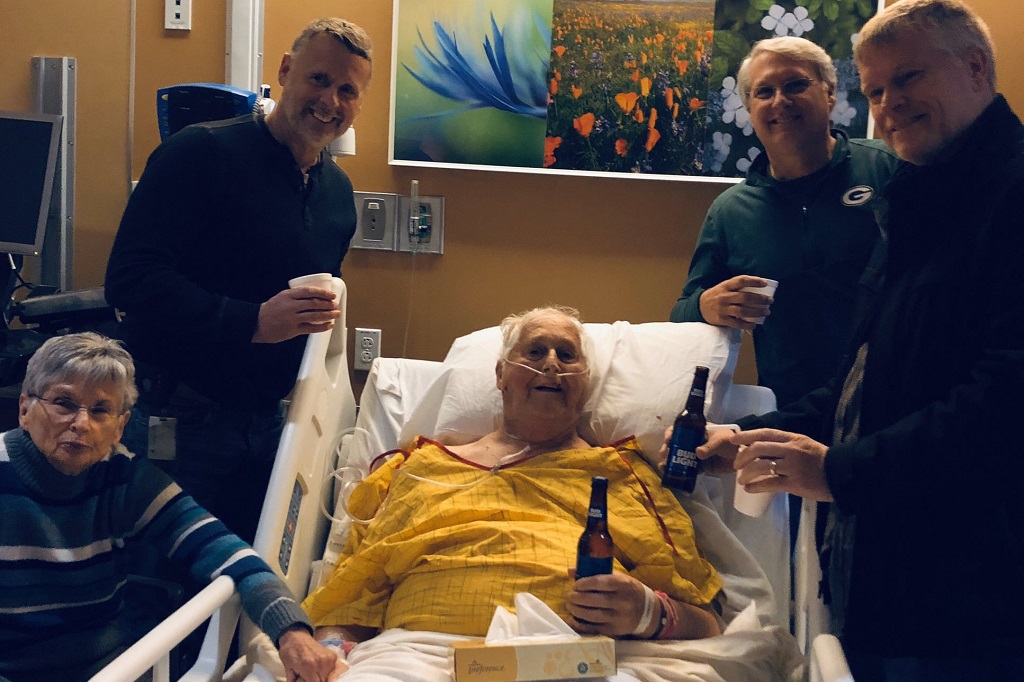 An 87-year-old Wisconsin man knew how exactly he wanted to spend his fleeting time on earth. In a heartwarming photo that has now gone viral, Norbet Schemm was pictured with his sons having a beer inside a hospital room a day before his death- a moment that resonated with many online.

Did the same thing with my Dad in May. Cold beer and a Yankee game. My condolences pic.twitter.com/aNSULc7AT8

His grandson, Adam Schemm took to Twitter to post a picture showing Norbert enjoying a bottle along with his wife, Joanne and sons, Bob, Tom and John. Schemm shared it on social media as a way to “honour” his grandpa and captioned it as, “Last night all he wanted to do was to have one last beer with his sons”. Ever since then, the photo went viral and received thousands of likes and retweets. Comments also poured in with other people sharing their last memories with their loved ones.

In an interview, Schemm said, “It was a really good family moment that I know meant a lot to everyone. The look on everyone’s face is something to cherish, they are all smiling including my grandfather”.

Sikh Cloth Merchant Donates His Land To Build A Mosque, Wins One For Humanity!