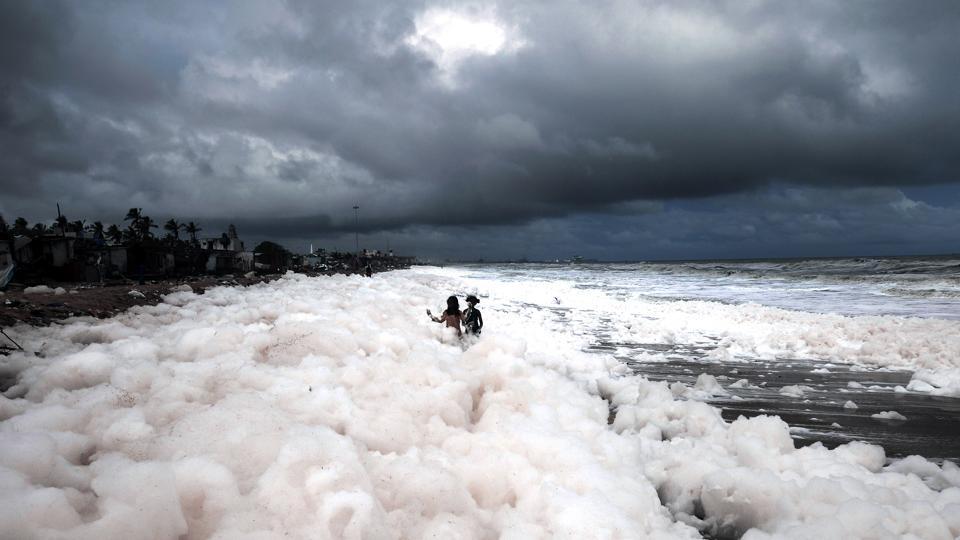 Pollution disasters are ever increasing in the country. And now menacing white foam covered one of India’s most famous beaches in Chennai for four days at a stretch, creating another pollution hazard for the country. 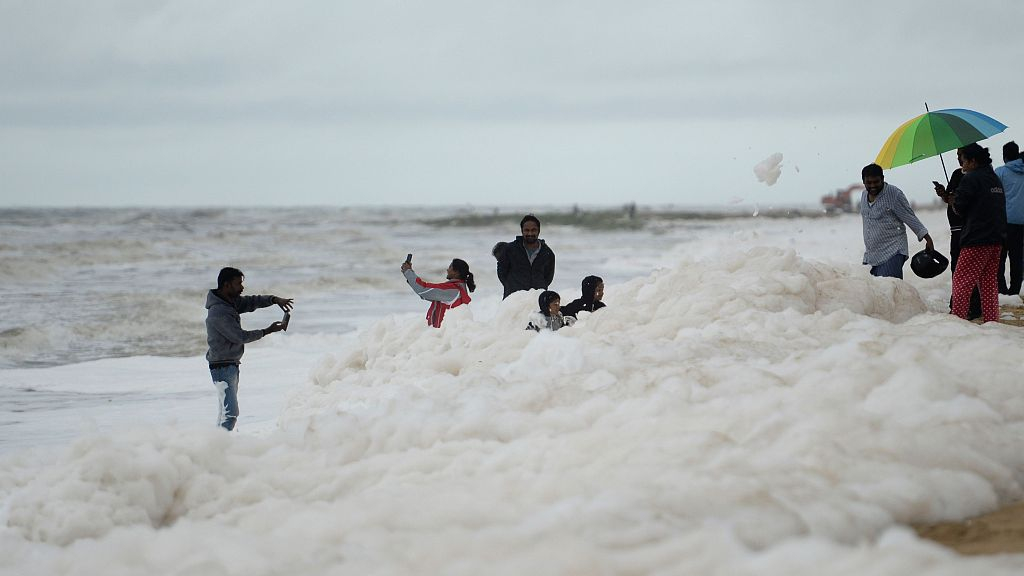 Marina Beach in Chennai, the country’s largest urban beach, is coated in knee-deep foam that experts warn is toxic and can cause skin issues. But that danger hasn’t stopped people from frolicking in the surf-churned white froth as children are still seen playing and tourists taking selfies in the clouds of white suds on the beach. Even fishermen have been warned to stay out of the water and the dreadful situation has not only affected the business of the fishing industry.

According to the experts, the foam could have been formed because of rains that Chennai has received for the last couple of days. Another reason for the foam could be the presence of chemicals in the beach. Meanwhile, the Tamil Nadu Pollution Control Board said it is analysing samples from the foam, which has spread several kilometers along the beach.

In Pics: Ranbir Kapoor Parties The Night Away With ‘Brahmastra’ Crew In Manali