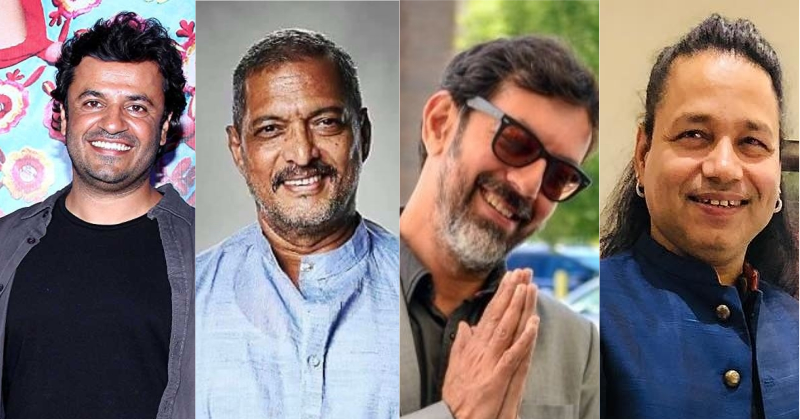 Two weeks ago, a hornet’s nest was stirred up in Bollywood and the chaos is still ringing loud. It all began with the accusation of sexual harassment levelled by actor Tanushree Dutta against Nana Patekar and the latter was to address a press conference. However, the veteran actor took his lawyer’s advice and cancelled the event where Patekar was expected to give his account on the allegations levelled against him.

Tanushree Dutta has alleged Nana to have behaved inappropriately with her during a song shoot in 2008 and then used political connections to have thugs threaten and intimidate her. Patekar responded with belligerence to Tanushree Dutta naming him her harasser and said that the set was too crowded for such an incident to take place. He described Dutta’s claims to be a ‘lie’.

Dutta has received a legal notice from both Nana Patekar and Vivek Agnihotri for allegedly making false accusations. Dutta too filed a police complaint against Patekar, choreographer Ganesh Acharya and the director producer of the 2008 film ‘Horn OK Pleassss’.

Tanushree Dutta’s allegations have found a stronger voice ten years later with the #MeToo movement gaining momentum.  While several Bollywood stars have come out in her support, veteran actor Annu Kapoor didn’t disguise his distaste for the ‘media trial’ of Patekar. Sanjay Raut of Shiv Sena too went on to dismiss Dutta’s allegations.

Some incidents that take place even a decade ago remain fresh in your memory. What happened with #TanushreeDutta on the sets of “Horn Ok Please” is one such incident – I was there. #NanaPatekar

Many of my co-workers,female and male have been harassed and bullied, but it’s their story to tell. If we don’t encourage their voices and instead vilify and question them, how will victims ever become survivors? Let them speak up! Stand up with them!

Stories of #MeToo have blown up over the last week with prominent men from the media and other fields, including actor Rajat Kapoor, Vikas Bahl, Varun Grover and Kailash Kher being ousted as predators on social media. Bollywood handsome hunk Hrithik Roshan lashed out at his upcoming movie ‘Super 30’ director Vikas Bahl and tweeted to say that ‘harsh stand’ should be taken against him ‘if need be’. Speculation is doing the rounds that Vikas Bahl has already been dropped from the Super 30 team. On the other hand, actor Rajat Kapoor also took to his twitter handle to apologise for his misconduct.

All my life I have tried to be a decent man, to do the right thing.
If however, I have slipped and through my actions or words
caused pain or hurt or trauma to absolutely anybody, please accept my
apology.

In the light of these allegations of misconduct, comedy group All India Bakchod announced that it’s founder-member Tanmay Bhatt will be stepping away from business immediately, for not acting on complaints against Utsav Chakraborty, an ex-AIB member who was called out on social media last week.  In another blow to AIB in the wake of #MeToo Movement, Gursimran Khamba is facing allegations of sexual harassment and will take a leave of absence.

And now another one joining the bandwagon is ‘Stree’ actress Flora Saini . She opened up about her #MeToo story and accused Gaurang Doshi who produced films like Aankhen, Bawandar and Deewar: Let’s Bring Our Heroes Home.

Flora Saini: I don't want any man coming close to me https://t.co/VRq6VKpPv2 via @mumbaimirror @Natasha7_Mirror thank u for being my voice.. hope this gives courage to more women to come forth n stand tall ❤️❤️❤️

Fillers vs Non-Invasive Plumpers: How To Entice With Your Lips!