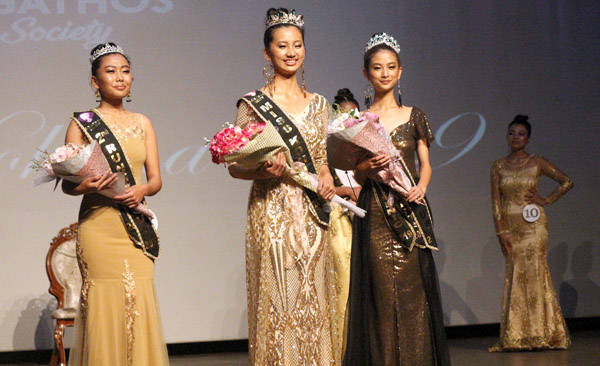 Women Instead of Cows: Miss Kohima Has A Message For The Prime Minister

“Concentrate more on women instead of cows”-

Second runner-up at the Miss Kohima 2019 pageant Vikuonuo Sachu has this message for Prime Minister Narendra Modi. The 18-year-old was armed with a prompt and clear answer when she was asked by one of the judges what she would tell PM Modi if he asked her to chat with him. In response, Sachu said she would ask him to “If I were invited by the prime minister of India, I would tell him to focus more on women instead of cows”, thus inviting a round of applause and laughter from the audience.

And now, a video of Vikuonuo Sachu’s response has gone viral on social media and has generated thousands of likes. In fact, in September Prime Minister Modi had said that it is unfortunate that some people get shocked on hearing the words “Om” or “cow” as he launched the National Animal Disease Control Programme (NADCP) along with other schemes for farmers.

During Miss Kohima 2019 beauty pageant, a contestant was asked the question:

"if Prime Minister of our country Modi ji invites you to chat with him, what would you say?"

She replied: If I were invited by the PM of India, I would tell him to focus more on women instead of cows. pic.twitter.com/Q4HDgjlYWt

The Nagaland state-run beauty pageant, an annual affair since 1989, was held on October 5 in Kohima with 12 contestants. Twenty-three-year-old Khrienuo Liezietsu was crowned the winner, 19-year-old Khrielievienuo Suohu was the first runner-up, and 18-year-old Vikuonuo Sachu, second runner-up. The question-answer round of the beauty contest saw judges asking the contestants to share their views on several sociopolitical issues, including, gender equality, importance of education for both men and women and empowering the girl child through education.

The Rock And Roll Hall Of Fame Announces New Class Of Induction For 2020, Including Whitney Houston