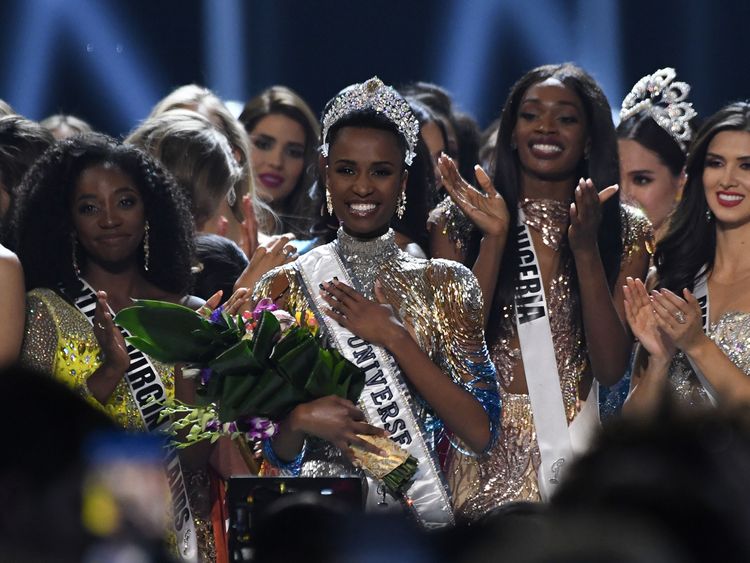 Her win came after she excelled through rounds of swimsuit and evening gowns, answered questions on social issues and had one final chance to explain why she was the right choice. To the last question, she said, “I grew up in a world where a woman who looks like me, with my kind of skin and my kind of hair, was never considered to be beautiful. I think it is time that that stops today. I want children to look at me and see my face and I want them to see their faces reflected in mine”. The two runners-up for the crown were Miss Mexico Sofía Aragón and Miss Puerto Rico Madison Anderson.

26-year-old Zozibini Tunzi is quite active in fight against gender based violence. Her Miss Universe intro describes her as, “She has devoted her social media campaign to changing the narrative around gender stereotypes. She is a proud advocate for natural beauty and encourages women to love themselves the way they are”.

The 2019 Miss Universe pageant was held in Atlanta, Georgia. The pageant brought 90 women together to see who will bring home the title.

Ananya Panday To Join Deepika Padukone In This Upcoming Film?

Indian Origin Miss England, Dr. Bhasha Mukherjee, Back As A Doctor To Help During COVID 19