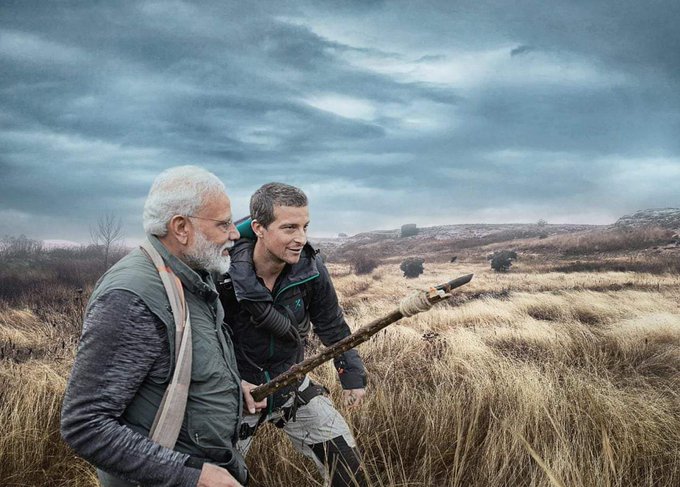 For the very first time, you’ll see the head of a country exploring the wilds as he strives to survive. The world will see Narendra Modi on August 12 in a way that none of us have ever imagined; the Indian Prime Minister will be caught in action venturing into the wilderness of Uttarakhand along with world renowned survivalist and adventurer Bear Grylls. 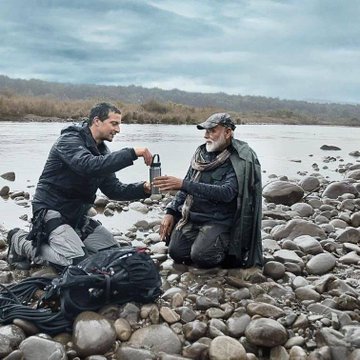 The episode is a part of popular television show ‘Man vs Wild’ on Discovery Channel and has been shot in Jim Corbett National Park in Uttarakhand. Narendra Modi agreed to feature on the show in an attempt to create awareness about animal conservation and environment, while throwing light on the importance of protecting wildlife. As per a statement released by the makers of the show, the Prime Minister said, “For years, I have lived among nature, in the mountains and the forests. These years have a lasting impact on my life. So when I was asked about a special programme focussing on life beyond politics and that too in the midst of nature I was both intrigued and inclined to take part in it.”

People across 180 countries will get to see the unknown side of PM @narendramodi as he ventures into Indian wilderness to create awareness about animal conservation & environmental change. Catch Man Vs Wild with PM Modi @DiscoveryIN on August 12 @ 9 pm. #PMModionDiscovery pic.twitter.com/MW2E6aMleE

Bear Grylls took to twitter and shared a teaser clip of the upcoming episode. The 45-second video begins with shots of the adventurer doing what he does best – crossing violent river streams in the jungle and jumping from extreme heights. The clip further shows the PM welcoming Grylls in India as the voice-over says, referring to Grylls, “that the man who redefined the rules of survival unites with the leader of the world’s largest democracy”. The teaser promises a fun ride into the diverse wildlife of India as we see Grylls promising the Prime Minister that he’ll keep India’s “most important man” safe.

Box Office Report: After All The Controversy, ‘Judgementall Hai Kya’ Gets A Decent Start

LEAKED! Is This Bridal Look Of Yami Gautam’s From Her Upcoming Film ‘Ginny Weds Sunny’?