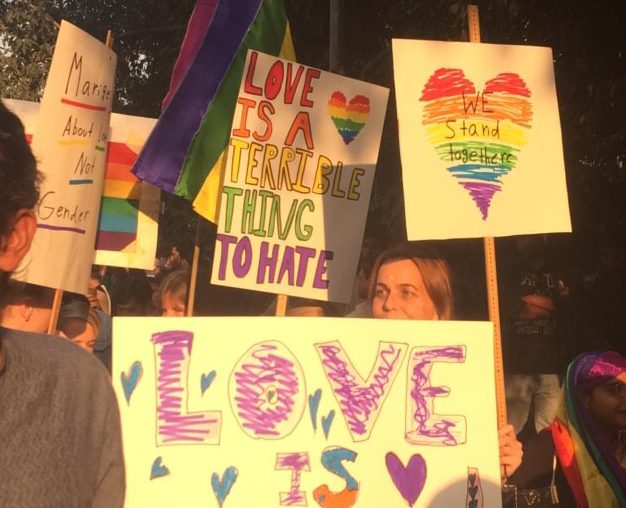 The stretch between Tolstoy Marg in New Delhi’s Connaught Place and Jantar Mantar (about 2 kms away) was painted rainbow yet again, yesterday, as the members of the Queer community marched in celebration for the first time since homosexuality was decriminalised in India, in the 11th edition of the Delhi Queer Pride Parade. 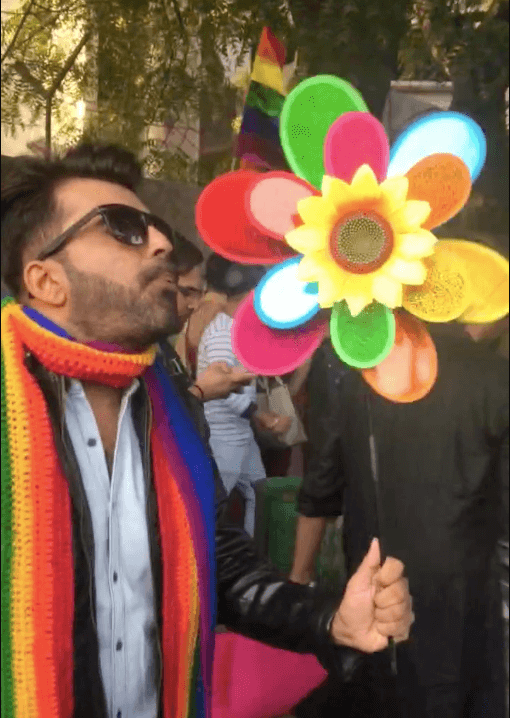 As a cisgender straight ally, this is only the second Pride I’d attended in Delhi, after the one in 2016. I remember then, the turnout was lower. While the energy was high, so was the realisation of the ‘criminal’ status that was an outdated law thrust upon the shoulders of the community. Their only crime? The choice to not fit the heteronormative and patriarchal standards held in such high esteem in society.

This parade, however, could not have been more starkly different. The landmark judgment made by the Supreme Court earlier this year to repeal Section 377 of the Indian Penal Code seemed to have made all the difference. 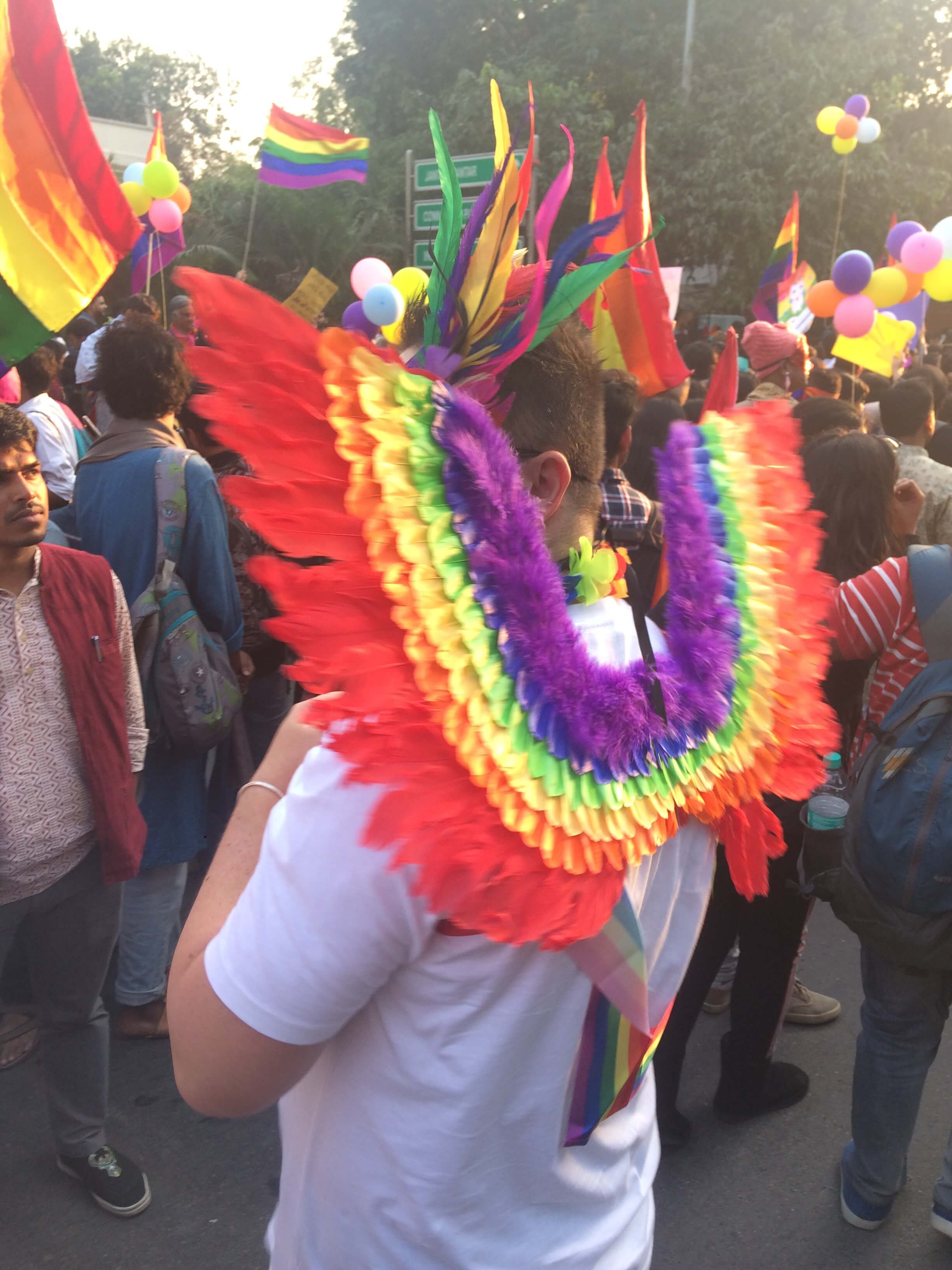 Ipsa James, an attendee who identifies as non-binary, said, “This year, there was a feeling of calm with respect to the departure of Section 377. The turnout was higher, and people were not treating it as a protest. It was more of the fact that we were celebrating our Pride and the decriminalisation.”

At the same time, it was easy to recognise that such a gathering could only be possible in the country’s capital, where such a strong stance against homophobia and hate has been curated over years of sensitization.

“People in India’s largest cosmopolitans are definitely more accepting, and less afraid to come out and celebrate. In tier 2 cities like Lucknow for instance, it’s more difficult because there are still a lot of social constraints to consider,” said James. 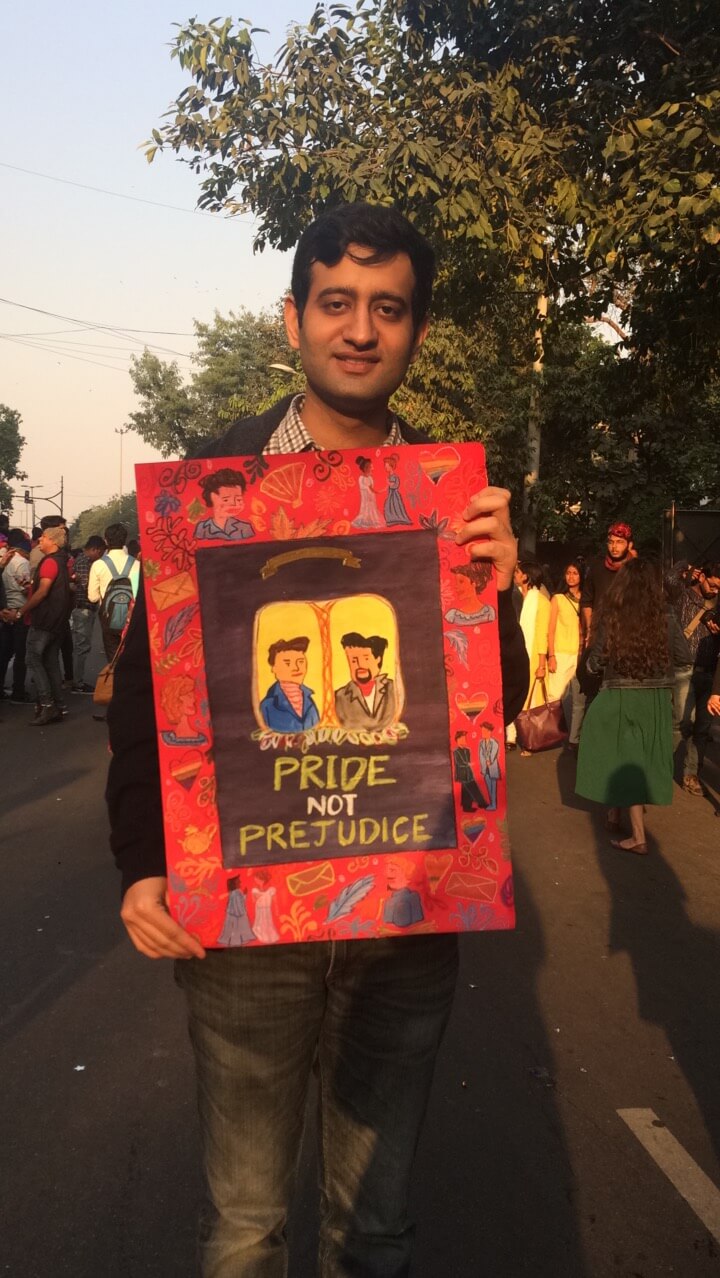 This year’s Parade was lightyears ahead of the movement that started out 11 years ago, in other ways as well. Says Shambhavi , an asexual writer who attended the event, “The 2018 pride demonstrated the growing intersections of our movement. [We recognized that] Pride is also for queer people who are Dalit, Muslim, disabled, people from all classes, who speak all languages. It has definitely moved on from being a space for cisgender gay men, to being a space for all!”

This could not have been more evident yesterday. When at 3 p.m. the crowd started gathering at the intersection between Barakhamba Road and Tolstoy Marg, the excitement was palpable right at the outset. A huge cheer went up as the march began, a little later than anticipated but with enough gusto to shake any structure or thought that would dare get in the way. 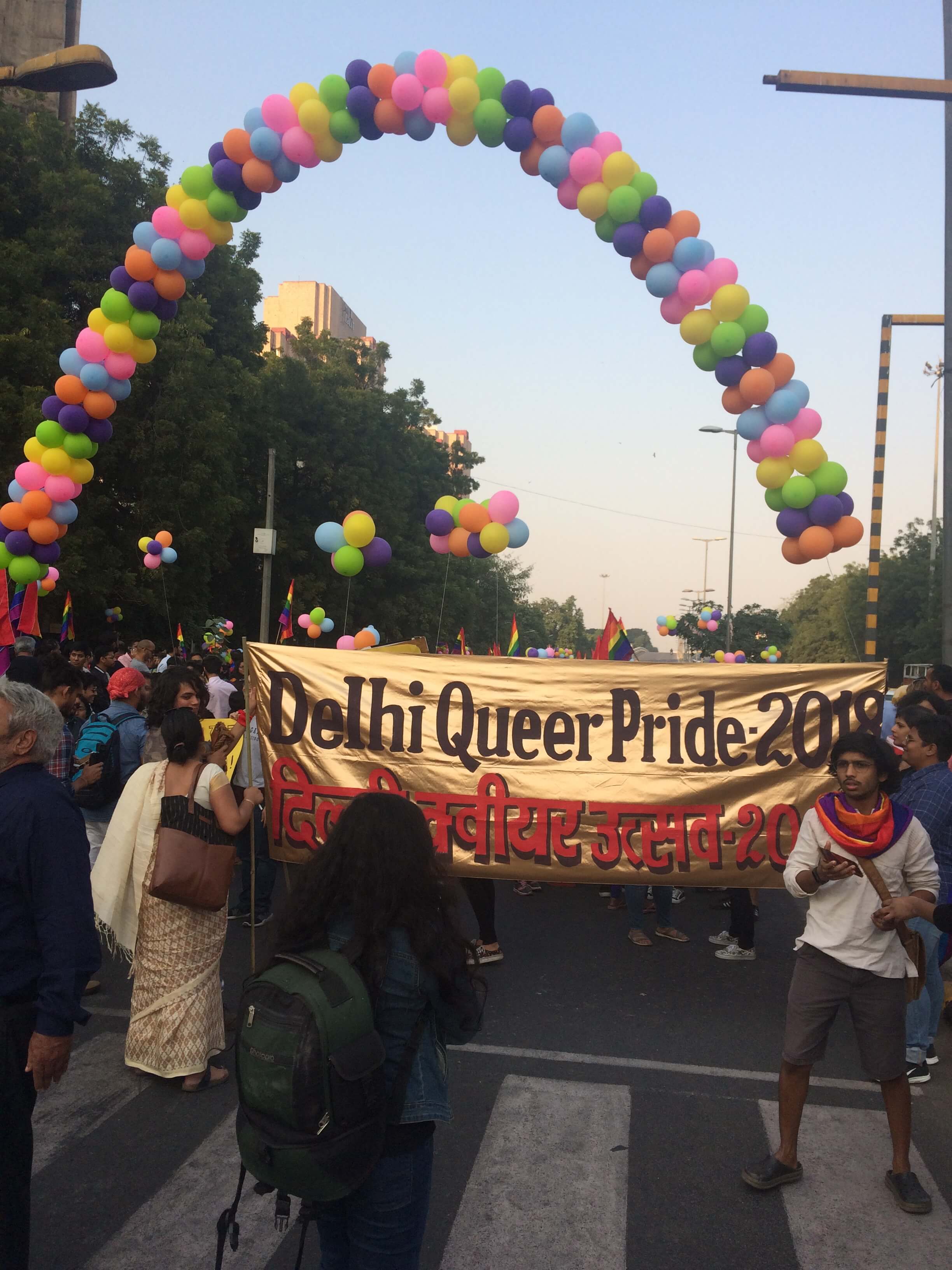 There was much to look around and see that one was sure to lose track of the time. I, myself – there with the purpose of covering the event – couldn’t help but get sucked into conversation, enjoying the moment as old friends united, and marched shoulder to shoulder. When the all-too-familiar sloganeering began, there was nothing for it. Instinctively, without realising it, people in tens, then hundreds joined in, with voices raised and rainbows waving. The infectious beats of the dhol united every colour of the rainbow in dance and music.

There were stories to listen to everywhere – heart-warming stories of people coming out to family and friends, people supporting others who couldn’t yet take off their masks (fewer in number and far between) and discussing the next steps for Queer inclusion. 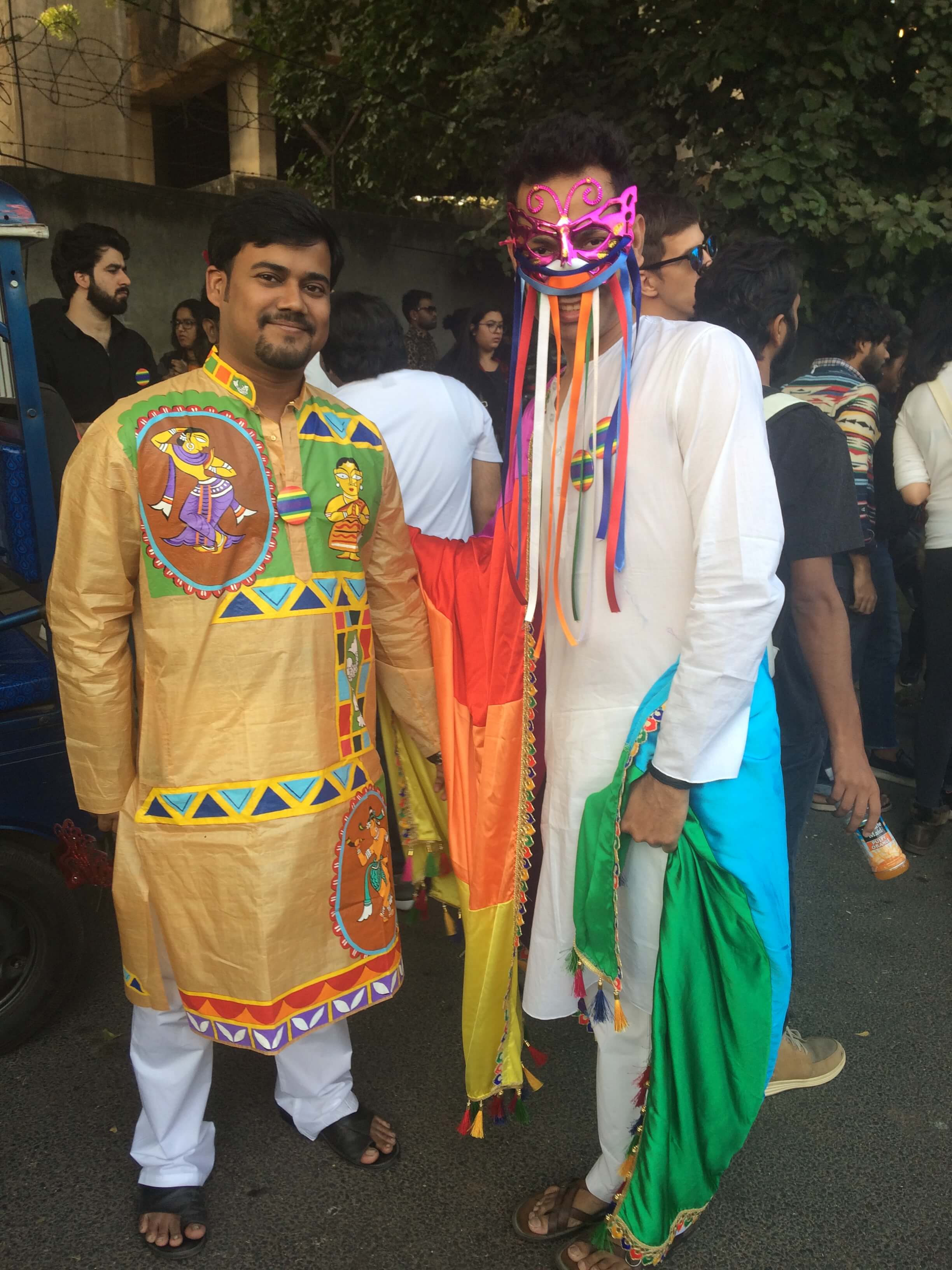 As Shambhavi put it, “Sec 377 was only the start. It is time to ensure all workplaces have non-discrimination policies. It is time for sensitisation and training for civil administration employees and for health care professionals. It is time to chart out same sex marriage laws and adoption. Political representation too, is a must! We want queer lives to be represented in national level decision making processes. The next frontier we fight on is also going to be the problematic Trans Bill.”

This year’s Pride was poetry, discussion and activity. Above all, this year, Pride was celebration. Celebration of the triumph over an archaic, highly misplaced law, and hope for a brighter, more equitable future in which there would be no more a need of masks.