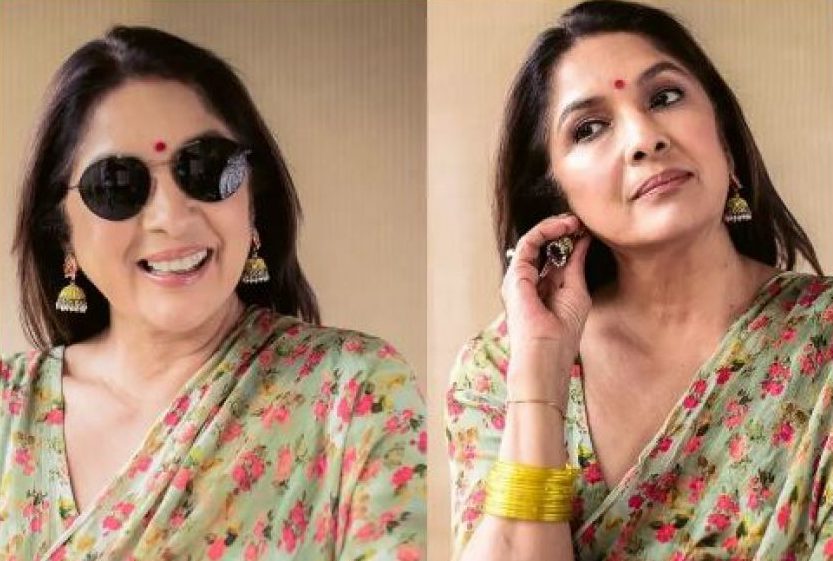 Conventional wisdom is generally accepted as what’s “right” and what should be followed if you want to live a good life. However, Neena Gupta likes to live on her own terms, she threw out the rule book a long time ago. Self-imposed rules aren’t constraints, they’re good decisions made in batches, she understands.

To have a baby out of a wedlock, in the late 1980s, when it happened, was not just scandalous, but unheard of. The actor, who even entered the industry unconventionally, got married at an age when women don’t usually think of domesticity. Today, at 60, she could still give ladies half her age serious competition.

When she got vocal about her personal life to help others

Actor Neena Gupta has recently shared a video message on her Instagram account, asking her fans not to get involved with a married man as she has herself suffered for doing so. “Do not get involved in all this, do not fall in love with a married man. I have done this before, I have suffered. That’s why I am telling my friends, you all, try not to do it,” she can be heard saying.

Sharing how we must have heard such stories, Neena Gupta says, “He told you that he doesn’t like his wife, they aren’t getting along for a long time. You fall in love with him, he is a married guy. Then you say ‘why don’t you separate’. But they say ‘no, no there are kids, I don’t feel like, let’s see what happens, maybe some day’. So you start meeting secretly and go on holidays, but he finds it tough as he has to lie about his plans. Then you say that you want to do a night stay as well and then you go to a hotel and spend the night. Then you want to spend more nights together and ultimately you want to marry him. You push him to divorce his wife but he says ‘wait for some time, I am working on it, it’s not so easy, there is property, there are bank accounts etc etc’. Now you are getting panicky, frustrated and you don’t know what to do. You eventually think about leaving him as you don’t want to get into so many complications. He says FO (f*** off) to you. Then what do you do?”

When she requested Google to ‘reduce’ her age

Just the other day I was telling someone .. how I am never afraid/ shy to ask for work. Its obviously genetic. My mother put up this post on her instagram today. I mean,my 62yr old national award winning mother. She told me I must always work .. no matter what .. it keeps you from getting old…she told me they don't write for women her age anymore … I don't think anyone can replicate what she did for TV anymore.. she complains that she can't do PR .. but says 'I do good work,that's my PR'.. time and again we've spoken about how whatever she asks for … in due time ,she gets… But that's the magic of a pure heart. The universe just can't refuse you… the only advice I have the guts to give her is.. don't work with anyone who won't respect you ,at this age , that's the bare minimum & it's a strange strange industry she's in… the advice she gives me in return is..'whatever you do,free ka PR mat khaana,your only someone's kid/wife/niece/sister for this long. Prove yourself. WORK. Walk the talk & fly ♥️😁♥️ @neena_gupta #neenaji

Kicking up a debate on Bollywood’s nepotism, the 62-year-old actor, writer and director took to her Instagram page to share a picture of herself with the caption, “I live in Mumbai and working as a good actor looking for good parts to play.” Neena Gupta, who is remembered for her performances in ‘Saans’ and ‘Buniyaad,’ even tweeted about it, “I live in mumbai and i am working and i am a good actress koee kam hai toe batao.”

Celebrating her mother’s spirit, Neena’s daughter Masaba wrote, “Just the other day I was telling someone how I am never afraid/ shy to ask for work. It’s obviously genetic. My mother put up this post on her Instagram today. I mean, my 62-year-old national award winning mother. She told me I must always work, no matter what. It keeps you from getting old.”

Priyanka Chopra commented “inspired” on the post, while filmmaker Ashwiny Iyer Tiwary wrote, “there is so much truth and words beyond that keep lingering in my mind after reading this. My mom told me study. Work. Fall in love. Get married. Have children. Work and never depend on any one how much you love them.”

Shraddha Kapoor Celebrates Her Birthday In A Special Way. Find Out How!