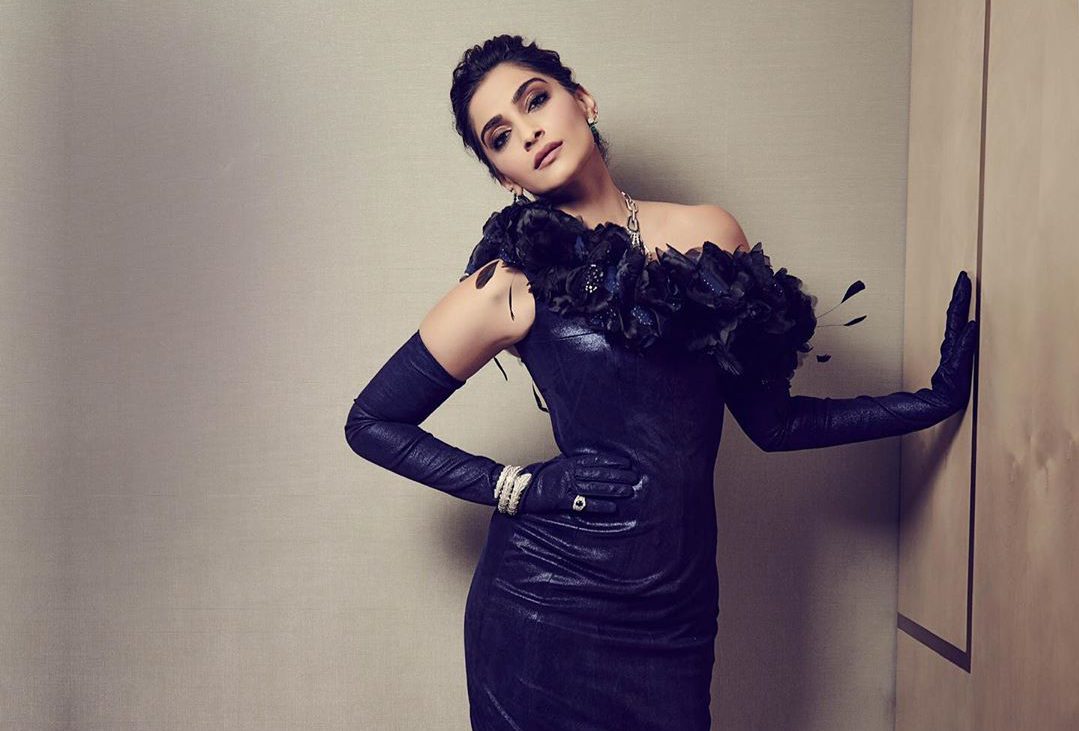 Remember when Sonam Kapoor, just before Veere Di Wedding, stood with a placard condemning the brutal rape of baby girl Asifa? She was charged with selective outrage, and people called for the boycott of the same movie. But that didn’t deter Sonam one bit, rather it only made her resolve more strongly to be opinionated and speak her mind – trolls be damned.

And you thought fashion is her trade? Calling a spade a spade is what Sonam Kapoor is best known for.

When she was constantly posting about the Delhi violence, mincing no words

When she supported fellow female for their bravery and courage

It’s so sexist to call a woman’s well worded statement a rant . Get a new copy writer. https://t.co/i1SgKippGd

When she hit back at trolls calling her ‘privileged’

Sonam Kapoor’s luggage was recently lost by an international airline after which she complained about the matter. However, this led to the actor being trolled on social media in a tweet which is now deleted. A user called her heavily ‘privileged’ for complaining to the airline of recurrent mismanagement.

To this Sonam Kapoor replied in a series of tweets saying, “Are you mental? Privilege is our parents’ hard work, who worked their entire lives to give their children everything. Why do people insist on shaming their children and their parents for it? Just pray that this doesn’t happen to your kids.”

I think you need to better use your time so that you can afford the same thing for your children. So they won’t have to struggle. I was taking domestic flights.” She then questioned, “Also is it okay troll someone in genuine distress, or empathy is only required of me? If you can’t handle someone taking up from themselves then you shouldn’t bully the person.

Are you mental? . Privilege is our parents hardwork, Who worked their whole lives to give their children everything. Why do people insist on shaming their children and their parents for it. Just pray that this doesn’t happen to your kids.

Sonam Kapoor tweeted to warn people about fake propaganda, adding that social media was a poison that can kill through hatred. Another Twitter user then called out on the tweet asking her to first share it with her Bollywood acquaintances.

Here’s what she said:

#Repost • @rheakapoor Very rarely do I get into politics on social media because my first thought is who really cares what I think? Am I equipped to give an opinion on a public platform about things that I may barely understand? But now I have to say that I know our generation and when we look back I’m afraid we may be remembered for things we didn’t stand for. I know this is not who we are. This is not what we believe. So then I guess for those afraid to speak up fearing they may make a mistake, this is the only way to use your voice. To say, I don’t know everything and there may be things that i do not understand. But I know this isn’t right. For everyone who feels pressure to ‘pick a side’ don’t. Say what you feel. Most good people I know react to sincerity with understanding and empathy. Be sincere, use your voice and tell the truth. What’s happening in our country seems alien and unrecognisable. Im not sure how we got here. It’s always been a hidden truth that you may be punished if your opinions are too loud or unpopular. But now it’s there to see. And that scares the shit out of me. My thoughts are with the students at JNU you are so much braver than I could ever be. 🖤

Condemning the recent violence at JNU, Sonam Kapoor also took to Instagram to point out that she had avoided expressing opinions in the past as she felt she did not have the right to. Nevertheless, she added that now she felt the need to speak up to curb her fear of being remembered as the generation who did not take a stand.

When she asked people to ‘self reflect’

The actor was trolled when she expressed her views about the current state of affairs in the Kashmir region and the growing hostility between India and Pakistan.

Admitting that she wasn’t aware of the real situation in the valley, due to contrasting news reports, she said, “It’s heartbreaking to see where the situation has landed right now and I’m very patriotic. So I think for me now it’s better to keep quiet and let this pass because even this too shall pass.”

Guys please calm down.. and get a life. Twisting, misinterpreting and understanding what you want from what someone has to say isn’t a reflection on the person who says it but on you. So self reflect and see who you are and hopefully get a job.

Further in her interview with a news channel, Sonam Kapoor talked about the growing hostility between neighbouring states and said, “I think our countries were one country like 70 years ago and the fact that there is so much divisive politics at play is really heart-breaking.”

Polish Woman Goes Blind After Getting Her Eyeballs Tattooed