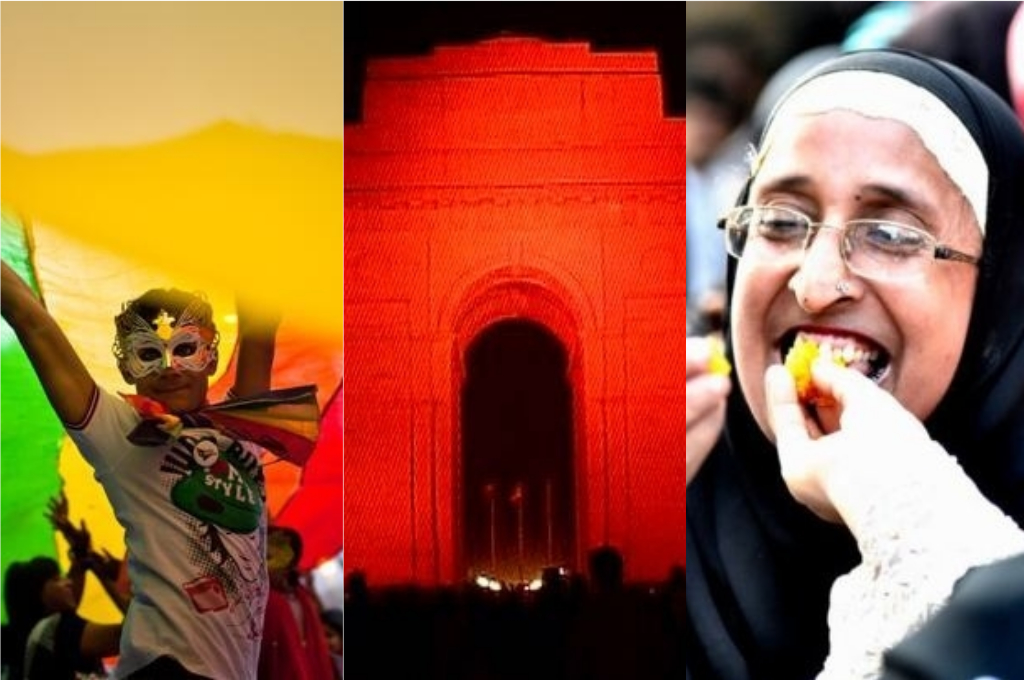 The year is ending; we are starting a new decade in another 24 days. And we must say, there hasn’t been a better time for women than in the last ten years. While there’s still a lot to strive towards, women across countries did see rays of hope and progress. As we close the 2010s decade, here’s a round-up of the 10 best gender-equality movements across the world.

It’s payback time to Indian women athletes for beating all odds and making the country proud again and again. And in a first in the history of Indian sports, the sports ministry has sent in nine all-women names for the Padma awards this year. This landmark move is a milestone in sports for sure as for the first time a woman athlete- Mary Kom has been put forwarded for the Padma Vibhushan award. On the other hand, ace shuttler PV Sindhu, who became the first Indian to win the world championship in August 2019, has been recommended for the Padma Bhushan.

Mattel, the brand behind Barbie redefined stereotypes with ‘A Doll For Everyone’- the world’s first gender-neutral doll. The doll can be a boy, a girl, neither or both, and with this, the 75-year-old toy making company redefines who gets to play with a toy traditionally deemed taboo for half the world’s kids. Carefully manicured features betray no obvious gender: the lips are not too full, the eyelashes not too long and fluttery, the jaw not too wide. There are also no Barbie-like breasts or broad Ken-like shoulders.

In a historic move, Iranian women were finally allowed to attend men’s soccer matches.  A World Cup qualifier in Tehran was the first match the women attended after they were freely allowed to enter a stadium for a men’s match for the first time in decades. The ban came after FIFA threatened to suspend the Islamic republic over its controversial male-only policy. Iranian women were effectively been banned from stadiums when men are playing shortly after the 1979 Islamic Revolution.

2018 saw the rise of the #MeToo movement in India. Inspired by a global campaign against sexual harassment and assault, women across the spectrum opened up and shared their stories about abuse by men in positions of power. It began with actress Tanushree Dutta accusing actor Nana Patekar of sexual harassment while shooting for the 2008 film ‘Horn Ok Please’. What followed was a series of posts by other women who shared their experiences with the world. From actors, film directors to advertising top guns, artists and writers and politicians, women professionals called out obnoxious behaviour at the workplace. From unwanted attention in the office to sexual innuendos on the film set, many kinds of allegations surfaced.

India, in 2018, won a hard battle with homosexuality, as the Supreme Court abolished Section 377- the controversial law that criminalised gay sex in the country. Not only did it strike down a 158-year-old controversial legal provision of section 377, thus legitimizing same-sex relationships, it also signalled an end to prejudice against the lesbian, gay, bisexual, transgender and queer (LGBTQ+) community that has bedevilled India. The judgement marked the end of the first leg of the long-drawn battle for social legitimacy by the community. However, other issues such as same sex marriage, inheritance of property and civil rights are yet to receive legal sanction.

In a major victory for women’s rights, India’s apex court ruled the practice of instant divorce in Islam unconstitutional. And in 2019, India’s Parliament approved a bill, making the practice of instant divorce or ‘triple talaaq’ a criminal offence. The ban definitely came as a strong step taken in favour of those fierce and powerful women who defied male chauvinism.

Until last summer, Saudi Arabia was the only country in the world where women weren’t allowed to drive- a policy that had been in place since 1957. But in September 2017, Saudi Arabia’s ruler, King Salman bin Abdulaziz al-Saud, issued a decree announcing that the nation’s women could drive June 24, 2018 onwards. This was an extraordinary moment for women in the kingdom as many had long fought for that right. And today tens of thousands of driver’s licenses are issued to Saudi women and a few driving schools catering to women have also popped up.

UN Women leads a worldwide campaign ‘OrangeTheWorld’ during the civil-society-led 16 Days of Activism against Gender-Based Violence to symbolize a brighter future without violence against women and girls. In a show of solidarity, landmarks in all corners of the globe turn orange, including India Gate in India, the Niagara Falls in Canada and USA, Petra in Jordan, Table Mountain in South Africa, the National Monument in Pakistan, the European Parliament in France and the Presidential Palane in Brazil, among many others.

Ireland made history in 2015 by becoming the first country in the world to legalize same-sex marriage through a national popular vote. Some 62% of the Irish Republic’s electorate voted in favour of gay marriage, making the bond of love stronger than ever.

Sweden always manages to beat everyone when it comes to gender equality. In yet another iconic moment, the country came up with the word ‘hen’ as a gender-neutral pronoun. This is part of Sweden’s effort to lead the gender-neutral feminist revolution, and hence introduced the word to stand in for ‘han’ (he) or ‘hon’ (she).

These Women Padma Awardees Enhance Our Faith In Humanity