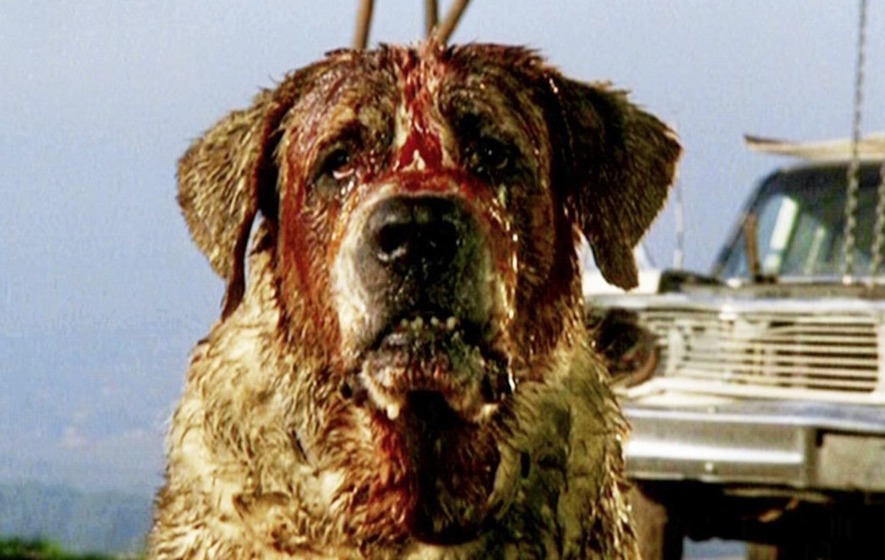 Why Cujo Made You Not Want A Pet

Can he eat his way in here? Can he? – Tad Trenton

The first time I realised the terror of Cujo was, surprisingly, through an episode of Friends. Joey is shocked that Rachel has never watched the movie, and whaaa! So naturally I wanted to watch it, fully knowing that perhaps the way the movie was being referenced in the sitcom was a bit of an exaggeration. But, no. If Carrie, Stephen King’s other horror novel, had an impeccable scene of the titular character burning everyone she knew in a gym – Cujo throwing itself against the windshield of a Ford Pinto’s windshield was just as shocking. Especially because at the end our faithful and loyal dogs are not really ever looked as antagonists. But Cujo changed it all, albeit in a tragic way. Cujo was scary sure, but it was also immersed in an intense tragic layer of loss and abuse that was seeped in terror.

Now, what is this Cujo about? Well – TLDR, Cujo was a sweet amenable dog who got bit by a rabid bat and then post the infection decided to kill everyone who came in the path, especially when a mother (reeling from the revelation of her extra marital affair) and her child are literally in that very path. Stuck in their car, tired of repeated attempts of escape, battling a heat-stroke and dehydration, hoping to survive – the sequence of Cujo tormenting the mother-son is an especially difficult one to digest. The climax is terribly sad, and the idea that Cujo could have lived a very different life leaves the audience gutted, but until you reach the entire sorrow filled tangent of Cujo, you must live through the absolute worrying one!

Cujo is scary, it’s honest, but most importantly it will make you wary of those adorable puppers!