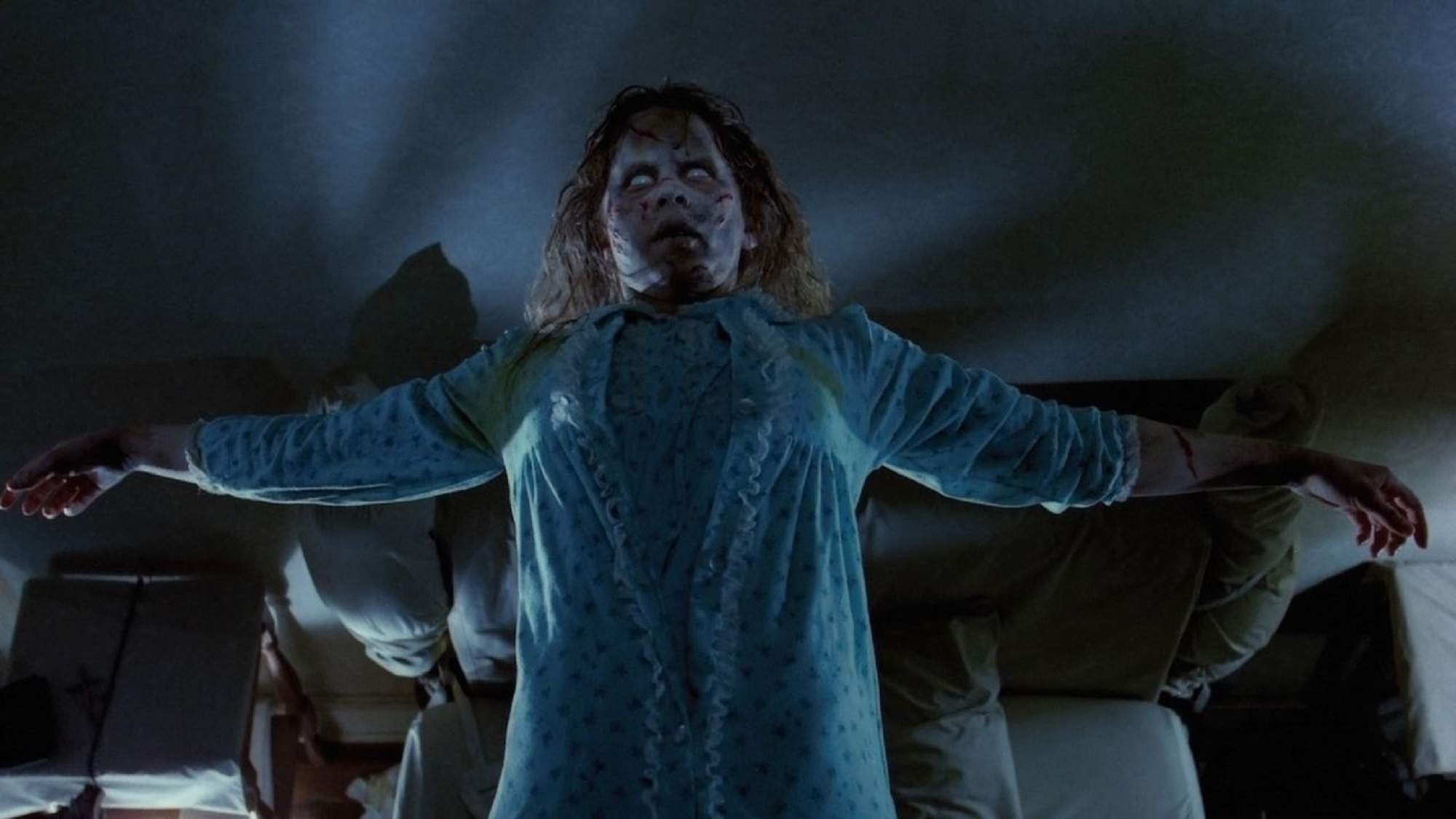 The demon is a liar. He will lie to confuse us. But he will also mix lies with the truth to attack us. – Father Merrin

The Exorcist is a conundrum for horror fans. It is a mixed bag; it at once sends shivers down your spine with a steely, invisible terror and then throws out a bucket of green vomit to induce disgust but also jump scares. The story of Regan, a young girl who has been possessed by a demonic entity is fighting for her life as she undergoes a gruelling exorcism. The young girl, her mother, the priests, and the demon are all involved in a battle of dangerous fatal wits that would force the evil to be squashed by the Catholic tradition of exorcism.

There are multiple moments that mess the viewers’ sense of sanity; whether it is the debilitating fright one gets when the demon appears and disappears from the overhead cabinets in the kitchen – or when the cold draft in Regan’s room and the dismantled furniture hints towards the presence of something very unholy, but then there are the cringeworthy moments of Regan vomitting – or when she masturbates with a Crucifix around the same time her head does a 180 degrees – or perhaps the most iconic scene in terms of recall value, the one where Regan climbs down the stairs upside down. However, the mantle of the best scene of the movie is a tie between two, primarily because it showcases the intensity of what the movie is all about: one amongst the hustle bustle of the city, as Father Damien hallucinates his dead mother across the street, and then there is the one in which Linda Blair’s Regan levitates as the background chants of “The Power Of Christ Compels You” draw in the viewer in a vortex of fear that is inexplicable. The latter is a scene of extreme tenacity as far as filmmaking goes – the demon is seeing struggling against the sermons, fooling the priests, eventually overpowering and completely ravaging the room. This is where we get a glimpse of the demon outside of what we saw in a possessed Regan.

Much like The Omen, the soundtrack of The Exorcist plays an incredible role and freaking out the audience. The theme gradually increases its urgency from something very mild – perhaps alluding to the progression of Regan as the demon makes her captive. The Exorcist was notoriously known to have sent the audience running, with some experiencing cardiac arrests while watching the movie. Not for the faint-hearted, this movie scares you crushingly, then makes you twinge with the visuals, then makes you nervous all within quick succession of time frames. The movie will truly make you afraid of the darkness that is controlled by the evil.

10 Mean Girls Quotes That Take B*TCHY To Another Level

Lockdown Extended Till May 31st, States To Draw Up Their Own Guidelines