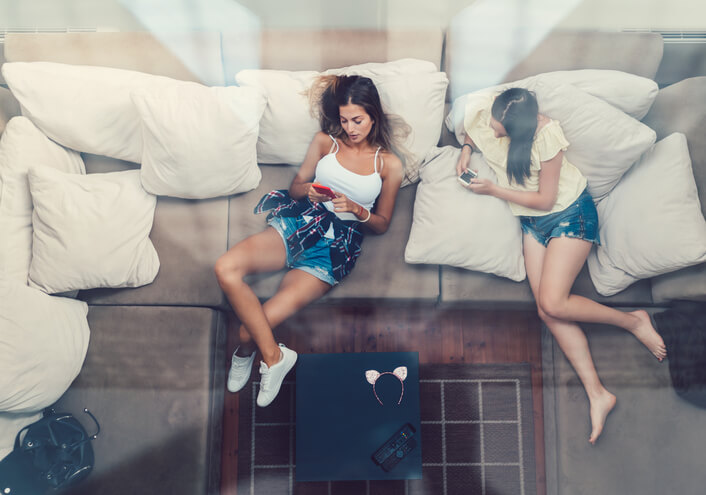 5 Reasons Why It’s Awesome To Be A Couch Potato

“Why are you such a couch potato?”

“Being a couch potato is so bad for your health!”

“How will you ever learn to work if you’re such a couch potato?”

“Get off the sofa, couch potato!”

If these statements sound way closer to home than they should be, congratulations on being mayor of the World Couch Potato Association. On second thoughts, maybe the couch potatoes of the world are too lazy to even form such an association in the first place. But has anyone ever explored the awesomeness levels that one achieves by being a couch potato? We bring to you 5 reasons why being a couch potato is awesome.

Because why do today, if you can put off till tomorrow? Couch potatoes are the best examples for proving this saying. As a result- they do end up getting some rolled eyeballs and haters. But who cares if the work is done sooner or later, right? Also- research says people who procrastinate and are lazy get more work done in lesser time. Just saying.

Because what better way to relax than just stick to your sofa and watch something without a care in the world? Couch potatoes are so chilled out about everything- whatever else may be going around- they hardly care. They don’t bother about us normal humans stressing about small things, they have better things to do in life.

Couch potatoes are the best at getting people to do their work! Guess why? They get people to get food, change the channels, get them something to drink, get them a blanket- all while sitting at their favourite place. This essential life skill is something that really helps develop their leadership abilities. But no, couch potatoes are always bad, right?

That laziness is enough to get us couch potatoes to get other people up and running for themselves. They assert themselves when they feel the need- especially when it is getting people to do their work. (refer point 3!) This is again a vital and underrated personality trait that couch potatoes acquire with effortless ease sitting right where they are.

With the world at your fingertips, who even needs to get up from the sofa to do anything? All the news apps, social media apps, home delivery and so on are just a click away. Another innovation that makes it easier to be even more lazy- voice assistance. Couch potatoes can stay up to date staying where they are- on their beloved sofas.

10 Things To Steal From Your BF’s Wardrobe

9 Moments From PeeCee’s engagement that made us go awwww!