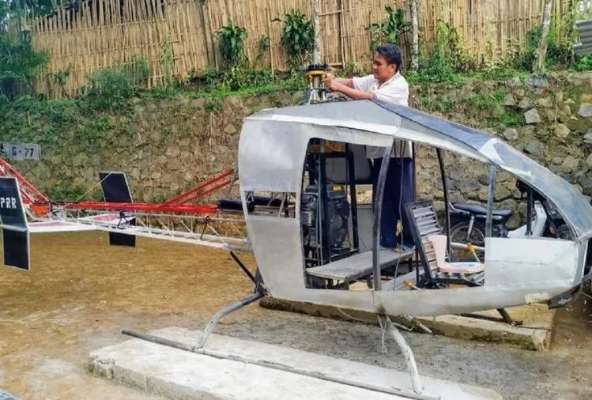 Man Builds His Own Helicopter To Save Himself From Traffic

Nobody likes to get stuck in traffic; in fact, at times we feel if we could simply fly over the endless lines of cars and reach our destination in no time. And while were just wishing such things, a man in Indonesia has decided to rise above the daily grind as he built his very own helicopter. 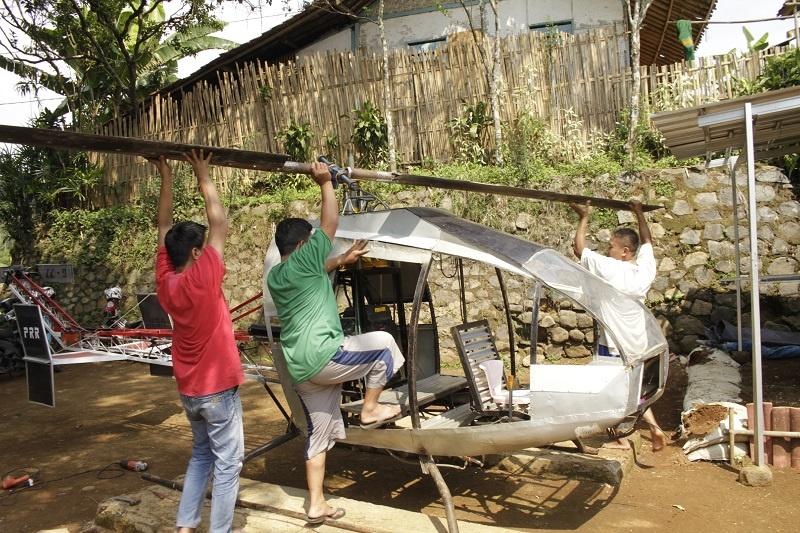 Not able to deal with Indonesia’s notorious traffic gridlock anymore, Jujun Junaedi dreamt of flying above the snarled roads of his hometown Sukabumi. Hence, he started tinkering with his DIY helicopter project, guided by instructional videos. He bought parts and using scraps from his auto repair shop, the 42-year-old has spent about 30 million rupiah (US$2,100) on his creation since he started building it 18 months ago.

Jujun Junaedi was quoted saying, “It’s so incredibly frustrating. You run out of petrol and it’s a waste of time. You end up being totally exasperated by the time you get to where you’re going”. His son and neighbour have also been roped in to help build the 8m-long petrol-powered chopper, which has yet to take its maiden flight. “As long as my helicopter takes off then I’ll be satisfied”, said Jujun Junaedi.