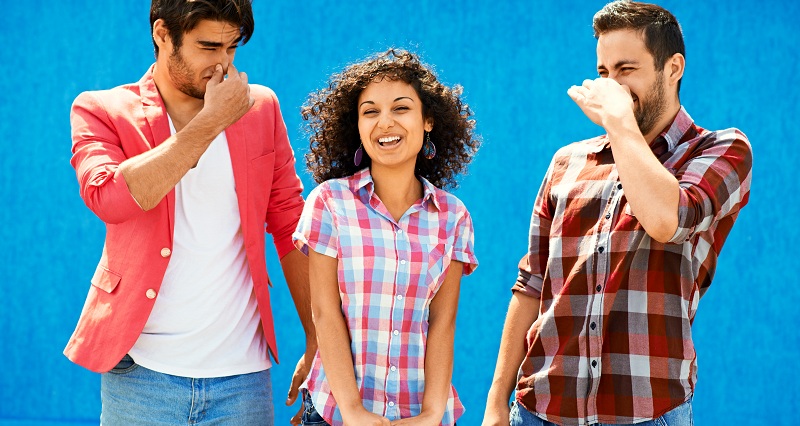 These Tips Will Make Your Fart Go Successfully Unnoticed

There’s no point hiding it, because you fart. Everybody does. The very fact that you’ve reached here shows that you’ve done it, not once, not twice but innumerable times. Flatulence is perfectly normal but it irks most people. However, unless you get caught, you’re not a criminal and you’d do everything to avoid the embarrassment.

Whether it’s silent and deadly or loud and proud, here’s your guide to pass gas in public and slip away like a fart ninja.

Since your butthole is probably unpredictable, this is a bit risky. But if you can get it right, it’s one of the most efficient techniques. You have to know if you’re capable of sneaking out the fart, little by little until it’s fully out of your system. You might risk smelling up the entire place, but the ease and sneak is a silent maneuver that’ll win half the battle. Be mindful of your facial expressions though!

If you’re not acquainted with the intricacies of your gastrointestinal tract, then it’s quite a risky proposition. And some sense of fart potency is also necessary before you unleash it. If you’re planning to squeak one and cover it with a cough, it better not smell like the inside of a wild boar’s digestive tract. Coughing fart is there for you only when you know that the fart will relatively be low on the stench scale. Be careful, though! The volume of the fart should never be louder than the cough.

Stand next to the speaker

If you desperately need to let the gas out and you see a speaker, BINGO! One of the best ways to cover up your loud and proud fart – just stand next to the speaker and squeak it out in beats. Just be mindful about the music! Make sure you don’t let it out when the music stops. Once you’ve done this part, just walk away silently and play dumb.

Riskiest of them all, the trapped fart should be used sparingly. It’s best for car rides when you’ve no other choice (lowering the window will raise suspicion) or when you’re cuddling romantically and would rather not kill the vibe. Do practice this alone a few times before trying it in the wild because it requires some dexterous finagling with your butt cheeks to seal the fart beneath you. Sit up straight, press your butt hard to your seat and bring your legs together to trap your fart, and you can feel the goose bumps.

If you can’t escape by any means, you might have to blame someone. The rule is to keep your calm and fart as quietly as possible. But make sure there’re at least three people in the area if you want to try passing off your fart as someone else’s. However, remember you’re not trying to prove someone has farted. Stick to the old saying, ‘whoever smelt it, dealt it’.

These Tikki Recipes Will Change Your Winter Snacks Game

Amidst The #DeepVeer Hullabaloo, Two Minutes Of Silence For Deepika’s Earlobes

5 Ways To Enjoy A Rainbow With Pride