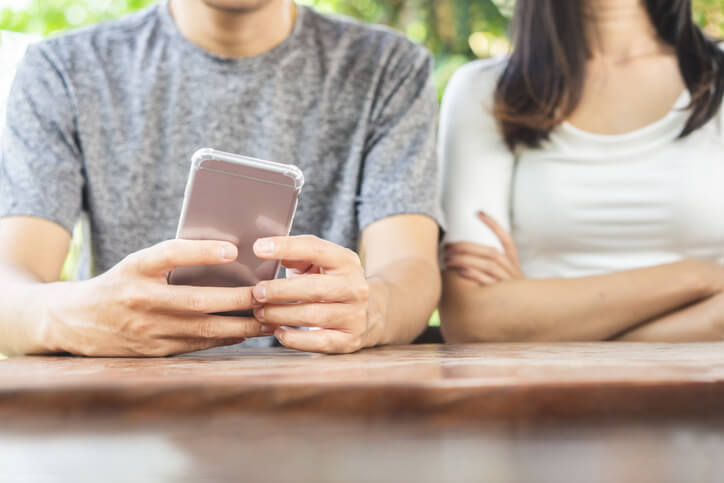 Everything in the world has come a long way. So have quarrels; the quality of arguments, especially between couples has improved to new heights. You must be wondering how? Well, let’s cut back to the past; the pre-independence era. Couples were obviously a part of society back then; however the nature of the relationship between a man and his wife during that time is in stark contrast to what it is today. Today, conversations between couples are more liberal, modern and challenging.

Till almost the end of the 1960s, most women of Indian families had a relationship with their partners that were somewhat similar to that of a master and a slave. The concept of dating and a love marriage was missing; only a handful had that privilege. And for the rest, nodding to everything their husbands said and carrying out every command became a second nature. Freedom of speech was even then a constitutional right, but clearly not a household license. Cut to the 70s and the 80s, love marriage was still uncommon but it had shed off its taboo tag by then. Arguments between couples were inevitable even then, but those were mostly confined to the family and the ‘family’.  And then came the era which can rightly be called the ‘Great Depression’ of reasoning. Interaction with the opposite gender, not spending quality time, a busy network connection, monotonous menu and other such ignorant things posed threats to a couple’s viability.

And these talks cause an uphill battle in a couple’s life even today, but a new challenging force has found good space in couples’ bust-ups. Arguments between couples are more intense today; they are questions that demand fair and just answers. Rather than mindless issues, pragmatic concerns cause war of words between duos more. Starting from the notion of marriage and commitment, and gender inequality to environmental threats and LGBTQ+ rights, couples find themselves more in discourse over such debates in today’s world. Ask yourself! Don’t you question your partner when he/she asks you to brew a cup of tea or lift something heavy? If yes, there’s nothing to worry, you two are in the right track. It’s good to see that opinions matter, irrespective of the sex. At least a section is marching forward, if not all. The movement for an equal and fair world has begun, it’ll gain momentum eventually.  It’s on our shoulders to spread the word and you are rightly doing so, even if you’re arguing in doing so. If you aren’t, I would suggest you to give a thought. The trivial stuff is omnipresent, but it’s essential to welcome the more concerning thoughts in your talks.

7 Things Everyone Wants On Valentine’s Day