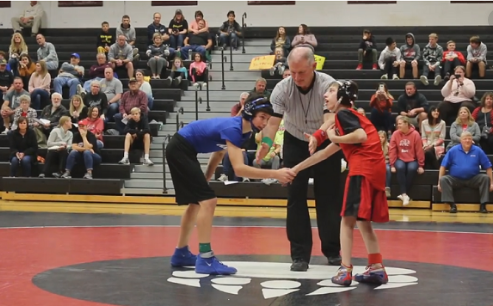 A display of true sportsmanship on the wrestling mat in Iowa, United States is warming hearts across the internet. A video of a 14-year-old athlete with cerebral palsy, making his dream of joining a wrestling team come true and even competing in his first match has gone viral and it’s making netizens emotional.

What a moment ❤️

Lucas Lacina, a high school wrestler with cerebral palsy, pinned his opponent for the win!

The 53-second clip shows crowd cheering for Lucas Lacina as he pins down his opponent during a wrestling match at The West Branch High School in Iowa.

The video went viral after it was shared on Facebook by his mother Jill Winger-Lacina along with an epilogue of the match. While Jill praised her son, she also complimented Lucas’ opponent, Anamosa wrestler Austin Scranton. She said in her post, “Austin had an amazing heart, and he was patient and helped Lucas try to put to work the moves he has been practicing all season. What I love the most, though, is the end when he helps Lucas off the mat, where he is cheered on by his whole team. Sportsmanship and inclusion at its finest”. 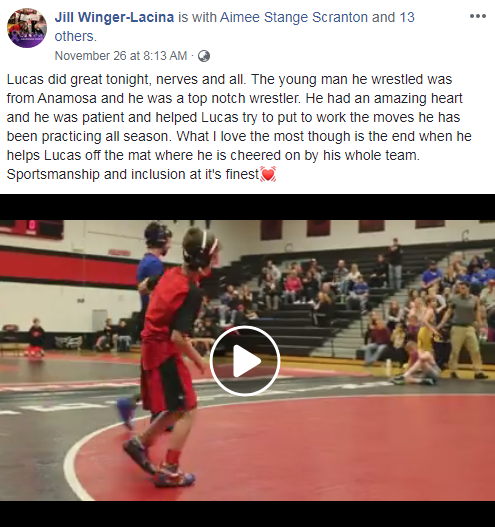 Austin didn’t know until the day of the match that Lucas would be his opponent as he said, “They kind of told me a little bit about Lucas, like how he has a feeding tube and how I need to be careful with him since I’m a little bigger than him”. Austin further wanted to wrestle Lucas because he “wanted to help some kid that loves the same sport” as him” and he’s “really happy” to help Lucas.

The Country Prioritises “Well Being” Over GDP