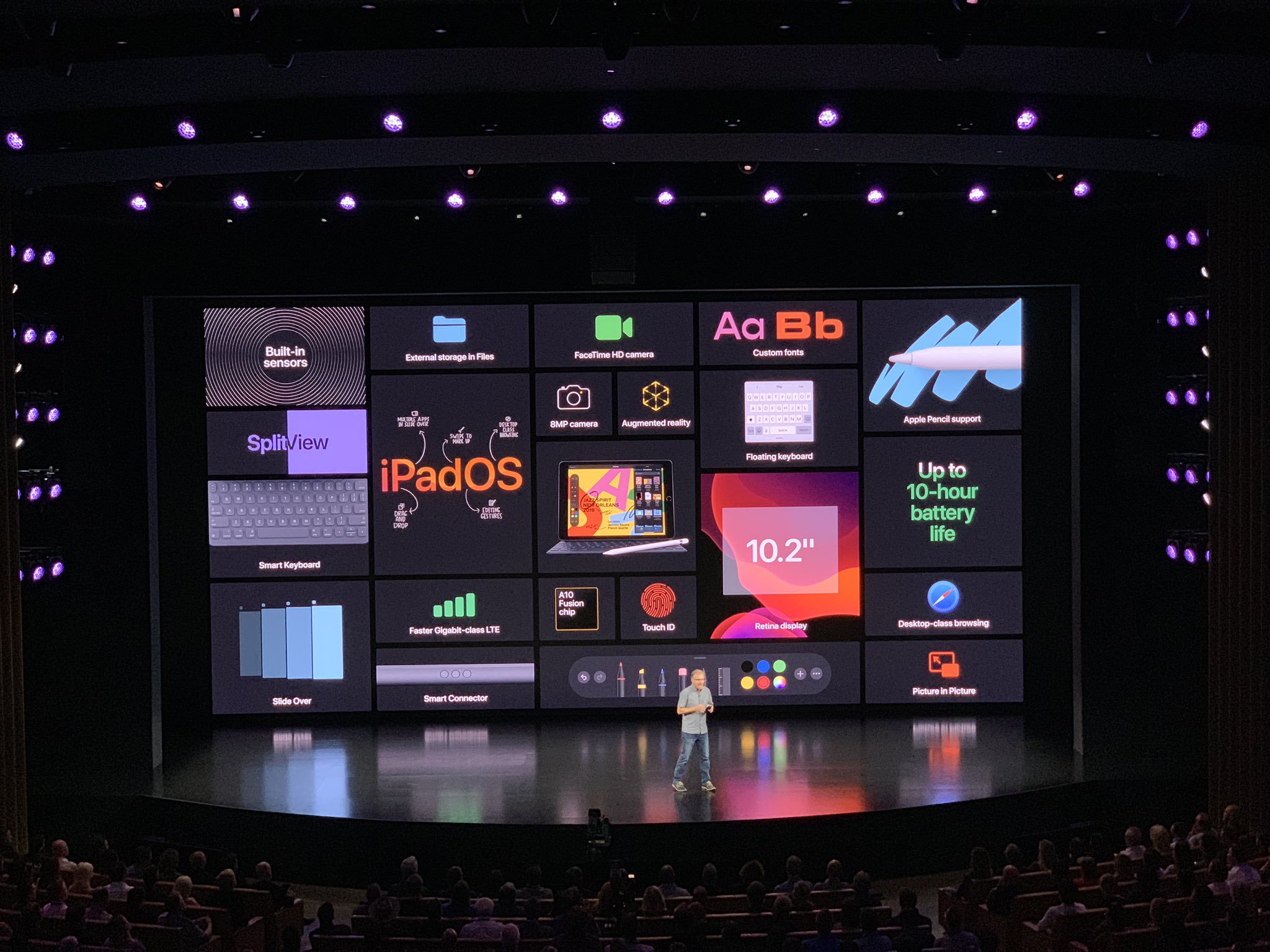 Apple TV+ Series Get A Launch Date, As The Tech Giant Inaugurates A Slew Of Products Starting At Rs. 350

iPhones…iPads…Apple watches…Apple TV+…Apple has announced a slew of new products at their annual event held in Steve Jobs theatre in Cupertino, California. The highlight of course was “What the iPhone has in store for us for 2019 and 2020!” While iPhone 11 was an obvious entry, the biggest deal was iPhone 11 Pro and Pro max, the new flag ship models sporting three cameras and improved computational photography. Further, Apple event also gave us updates on Apple Arcade, a new entry-level iPad, a new Watch series, shows on Apple TV+ and finally the company’s health studies. In case you missed the event, here’s all that you need to know!

The expected iPhone 11 debuted with a new design in six colours and a dual-camera configuration. Its features include Dolby Atmos audio, Wi-Fi 6, an ultra-wide camera lens with enhanced camera features. With the iPhone 11, you’ll be able to take landscape selfies, videos and even slo-mo videos which Apple referred to as slofies. The camera now also includes a Night Mode, catching it up to recent phones from Google and Huawei. Finally it’s powered by Apple’s new A13 Bionic chip, which Apple boasts is the most powerful processor ever in a mobile device. The iPhone 11 starts at $699 (approx. 50,070 INR).

The headliners of the event were the 5.8-inch iPhone 11 Pro and the 6.5-inch 11 Pro Max. These high-end iPhone models have improved OLED displays, which Apple has dubbed Super Retina XDR display. They come in four colors, with a matte finish on the case. Just like iPhone 11, both Apple iPhone 11 Pro models come with Apple’s new A13 Bionic processor. Besides making A13 as powerful to go toe-to-toe with the Qualcomm Snapdragon 855, Apple has also paid special attention to making it battery efficient as well. Best of all, the iPhone 11 Pro range will ship with a 15-watt fast charger, marking the first time an iPhone has shipped with a fast charger. The camera has been upgraded too as both models come with three 12-megapixel lenses- a telephoto lens, a wide-angle lens, and the new ultra-wide-angle lens. Apple was also very proud of its new Deep Fusion technology, which uses machine learning to blend together a number of long- and short-exposure photos to create a single, great-looking image. 11 pro starts at $999 (approx. 71,612 INR) while 11 Pro Max starts at $1,099 (approx. 78,774 INR). 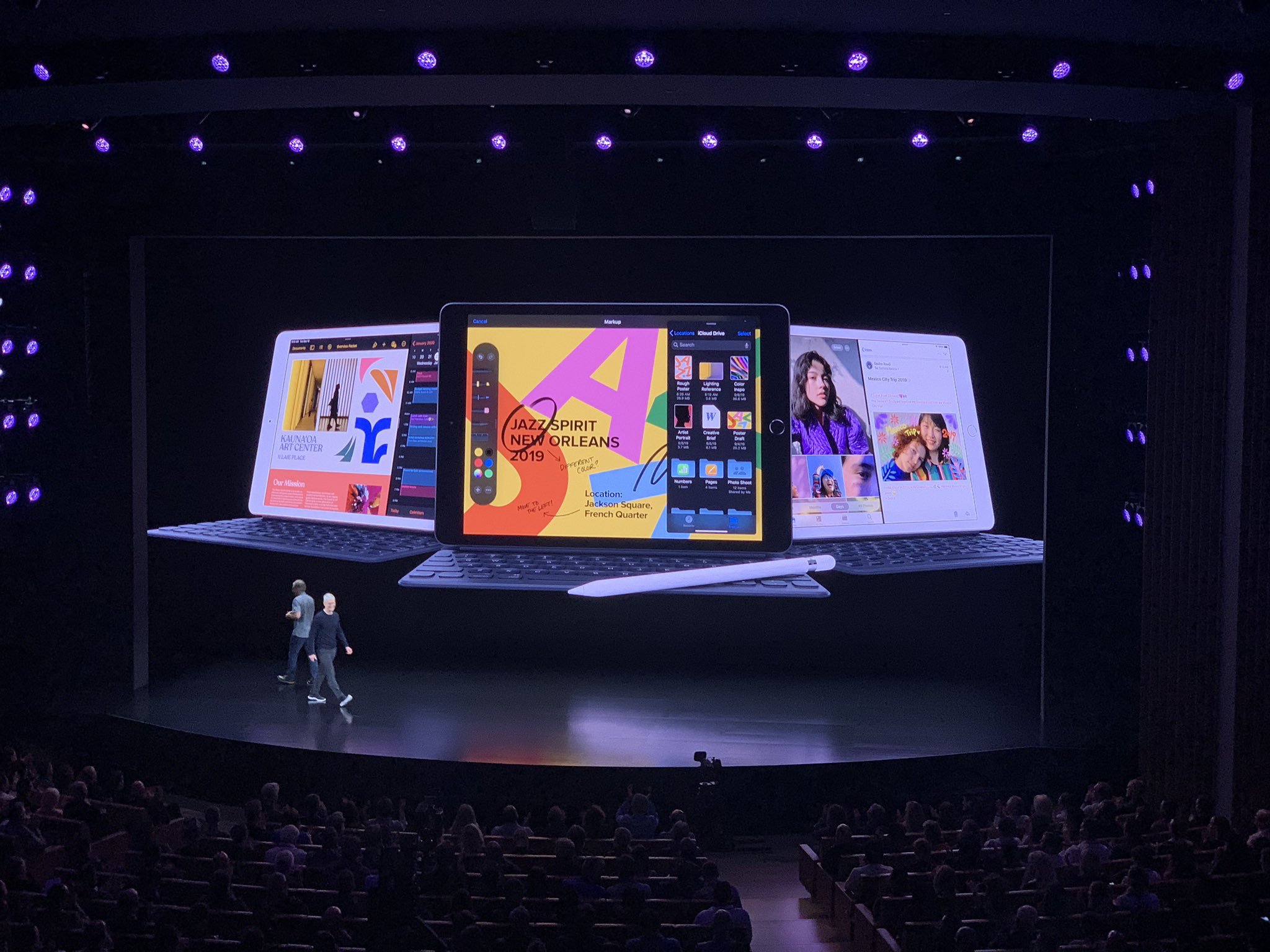 Apple’s latest seventh-gen iPad comes with a larger 10.2-inch retina display. Further it’s got improved brightness, a better viewing angle, an A10 Fusion chip and adds a Smart Connector along with a new smart keyboard cover. It also has a new 100-percent recycled aluminum body and will come with a free year’s subscription of Apple TV+.

Apple led its pitch for the newest iteration of the Apple Watch with a pretty simple argument- If you don’t have one, you could die! That’s because, in addition to a new compass function, the watch also comes with improved health-monitoring functions and the ability to access international emergency calling without a phone on hand. Further the series 5 watches will have a low-energy, always-on display that dims instead of shutting off when you drop your arm, and it will have a new battery with a claimed 18 hours per charge. Just like the iPad 2019, Apple Watch series 5 is also made from recycled material, except for a few luxurious editions.

Apple previously gave glimpses of a few shows for Apple TV+, but during the event, it showed off See, a new TV series starring Jason Momoa that’s set in a world where all humans have lost the ability to see. The first Apple TV+ shows will be available on November 1, with new programs added every month. It will be available in more than 100 countries on launch, and will cost just $5 a month. You’ll also get a year’s worth of Apple TV+ included when you buy a new Apple device.

Apple took the opportunity to introduce us to some new games for its upcoming all-you-can-eat game subscription service, which will run $4.99 per month per family (approx. 358 INR), with a one-month free trial. There’ll be over 100 titles when Arcade launches on September 19 as the service gathers all the games you want for iOS, MacOS, and Apple TV in one place. The games that were demoed when Apple Arcade was being introduced were Frogger in Toy Town from Konami, Shinsekai: Deep Sea from Capcom and Sayonara Wild Hearts from Annapurna Interactive.