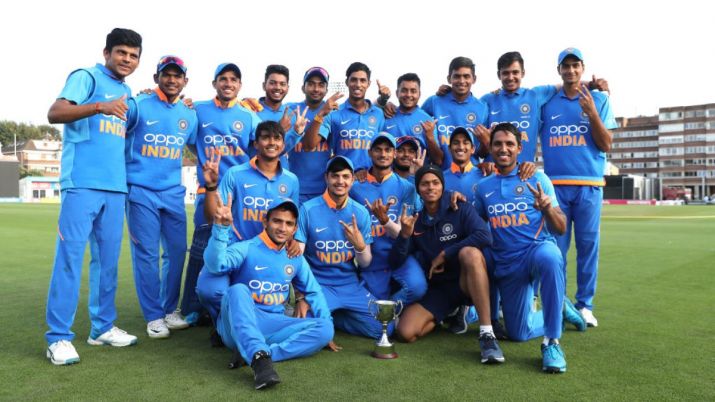 Bangladesh Wins The U-19 World Cup Title, But Team India Wins The Hearts

Bangladesh created history by beating India to lift the U-19 World Cup title for the first time. The country might have lost but it won the hearts of many.

Keeping their opponents under control, pressure soon caught hold of the best. India, the defending champions, have already won the tournament a record four times. This is the first time Bangladesh are in the final of an U-19 World Cup. This will be India’s seventh final since 2000 when they lifted the trophy for the first time.

An Indian batsman, in the 6 matches he has played so far, Yashasvi Jaiswal has hit a total of 10 sixes. For a fact, Jaiswal now surpassed Tadiwanashe Marumani of Zimbabwe in the list of batsmen to hit the most sixes in the ongoing World Cup.

The cricketer scored a powerful 88 in the final against Bangladesh in Potchefstroom on Sunday.

The UP man hit eight boundaries and 1 six before getting bowled by Tanzid Hassan in the 40th over of the innings. With his 5th fifty-plus score in the tournament series, Yashasvi Jaiswal has become just the third batsman to score five half-centuries in an Under 19 Cricket World Cup.

Here’s how Twitter reacted to the bittersweet moments of the match:

Ennthrilling game in the end, many a congrats to #tigers while hard luck for #India they played really well their effort to defend a small total must be appreciated!

Well played team #India throughout the whole tournament. And congratulations to team #Bangladesh for winning the huge title.#Under19WorldCup #Cricket

Congrats #Bangladesh on winning #U19CWCFinal. This #Under19WorldCup final was worth watching. #India played competitive cricket throughout the tournament. Plenty of positive to look at. Jaiswal, Bishnoi, Tyagi can be the next big thing in Indian Cricket #CWCU19 #U19CWC