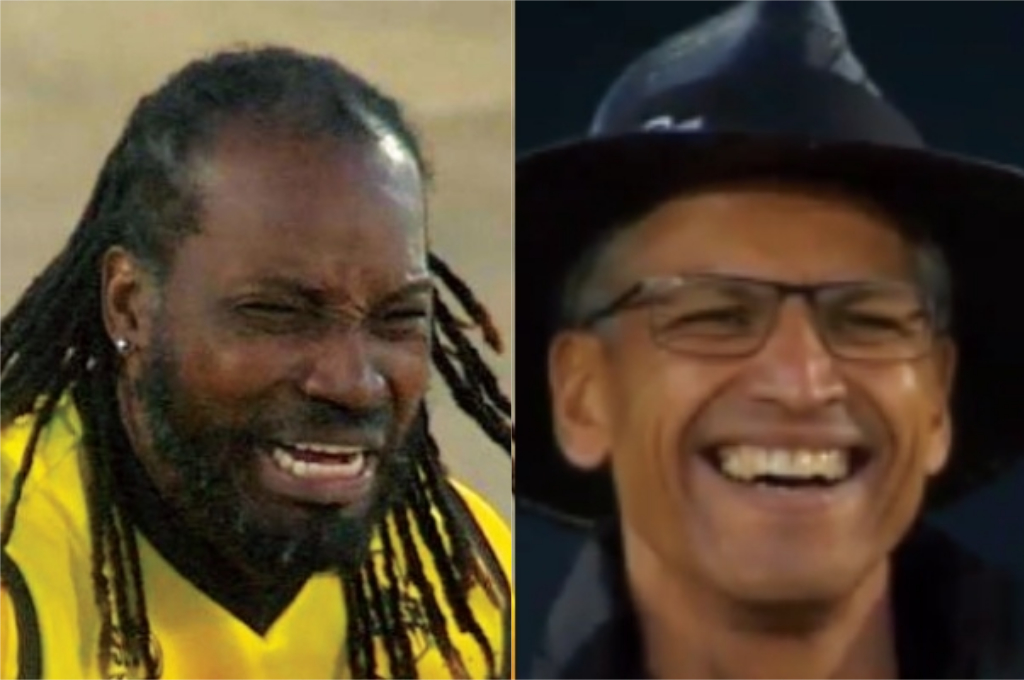 When Chris Gayle is around, entertainment is guaranteed! The all-rounder might be 40 years old, but he is still one of the most in-demand cricketers in T20 Leagues all over the world. Gayle, after all, is someone who always make cricket seem fun. His celebrations after reaching a milestone or picking a wicket is a thing to see and the way he parties in his off time is surely the stuff of the legends. Chris Gayle is possibly one of the most fun-loving cricket players in the world at the moment, and he proved it yet again at the Mzansi Super League 2019 in South Africa.

During the match between Jozi Stars and Paarl Rocks, Chris Gayle made a cry-baby face after not getting a decision from the umpire in his favour. The Universe Boss was bowling the first over of the Rocks’ innings and darted one straight into the pads of Henry Davids, after which he started a passionate appeal with intense expressions on his face. So much so, that even the umpire Ryan Hendricks broke into a smile followed by a laughter seeing Gayle’s amazing cry baby expressions. The umpire did not deter from his decision and the batsman was eventually ruled not out but Gayle’s antics had everyone’s funny bones tickled.

Coming to the match, Jozi Stars made 129/3 runs while batting first. In reply, Paarl Rocks put up a great performance and won the match by six wickets. Gayle failed to put up a significant score as he was dismissed for one but that obviously didn’t stop him from making headlines. Also, a handful of matches are still left in the tournament, so let’s wait and see, what else Gayle will display in his upcoming outings.