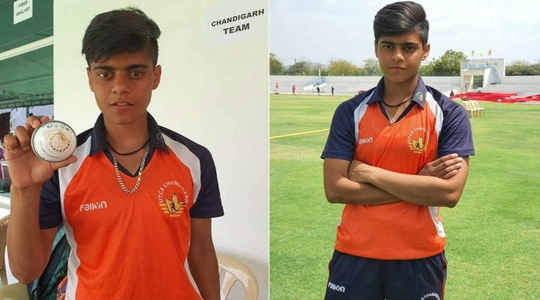 Chandigarh’s Kashvee Gautam picked up 10 wickets in 4.5 overs to seal a 161-run win for her team against Arunachal Pradesh in a women’s Under-19 One Day Trophy at KSRM College Ground in Kadapa, Andhra Pradesh on Tuesday.

She became the first Indian bowler to take all 10 wickets in a limited-overs match.

Anil Kumble is the only Indian to have achieved the feat in international cricket when he scalped all 10 wickets against Pakistan in a Test match in New Delhi in 1999, reports assert.

Other cricketers to have taken 10 wickets in an innings are Debasish Mohanty in 2001 and Rex Singh in 2019, all in red ball cricket.