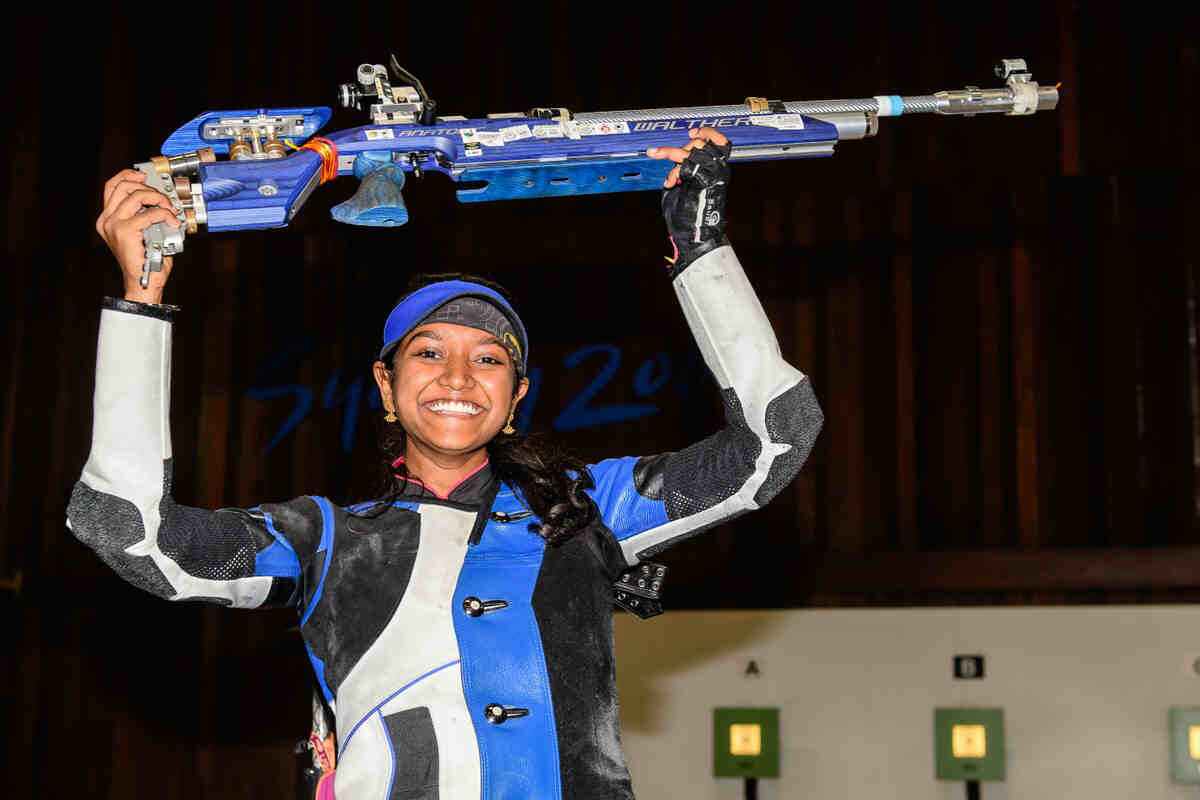 Gone are the days when India dominated the sporting world only through cricket. Now the country has a rising star in the every category that sports and games has to offer. And the recent to join the glorious bandwagon of Indian athletes is 20-year-old Elavenil Valarivan.

Elavenil Valarivan won her maiden senior Shooting World Cup gold in Rio de Janeiro on August 28, becoming only the 3rd Indian shooter to win a World Cup gold in the women’s 10m Air Rifle category. She shot a score of 251.7 in the ISSF World Cup final to walk over Great Britain’s Seonaid McIntosh (250.6) and Chinese Taipei’s Lin Ying-Shin (229.9), who ended with silver and bronze respectively.

Since India has already secured the maximum of 2 Olympic quotas in the 2020 Olympics from this event after Anjum Moudgil and Apurvi Chandela had finished third and fourth at the World Championships last year, the Olympic quota went to Ying-Shin Lin from Chinese Taipei, who finished with a bronze. This time, in the Rio World Cup, while Anjum Moudgil finished sixth in the 8-woman final, Apurvi Chandela missed out on the final berth after finishing 11th in the qualification round.

Valarivan became the third Indian to win gold at a World Cup after Anjali Bhagwat and Apurvi Chandela. Bhagwat won gold in Fort Benning in 2003, while Chandela won gold at the New Delhi and Munich World Cups earlier this year. Even Valarivan had narrowly missed a place on the podium at the ISSF World Cup in Munich in May wherein she finished 4th in the final.

31 Years Of Salman Khan: The Story Of How ‘Bhai’ Became A Phenomenon

Shooter Apurvi Chandela Is Crowned The World. No 1 In 10m Air Rifle