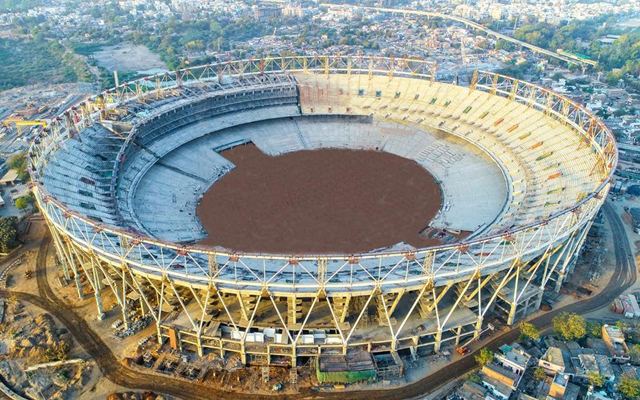 India To Open The World’s Largest Cricket Stadium In 2020

India, where cricket is nothing less than a religion, will be home to the world’s largest cricket stadium when the renovated Sardar Patel Gujarat Stadium near Ahmedabad opens its doors early next year. The new stadium has a seating capacity of 1,10,000, that is 10,000 more spectators  than Australia’s iconic Melbourne Cricket Ground.

The world’s largest cricket stadium at Ahmedabad with a capacity to host 1.10 lakh fans is likely to be ready to host its first match by March. The new Sardar Patel stadium can seat more fans than Australia’s Melbourne Cricket Ground which has capacity of just over a lakh. pic.twitter.com/0DnFNoicGp

Apart from being the world’s largest, Sardar Patel Gujarat Stadium will also have three different types of pitches, including bouncy, spin-friendly and a mix of both. The Gujarat Cricket Association (GCA) which is executing the project is preparing as many as 11 pitches. Dhanraj Nathwani, vice president of GCA said, “Some pitches will be prepared with red soil, while some will be with black soil and some may have a mix of both. There will be bouncy as well as spin-friendly pitches along with sporting pitches based on the requirement”.

Moreover, the stadium will also have excellent ‘sub-surface’ drainage facilities that will help dry out the outfield within 30 minutes, reducing the chance of cancelling matches due to rain. The exhibition match between Asia XI and World XI in March 2020 is likely to be the first match played in Sardar Patel Gujarat Stadium.

This Airline Opened A Restaurant To Serve Exclusively Plane Food

Hrithik-Kangana To Nepotism: The 10 Big ‘Filmy’ Controversies Of The Decade