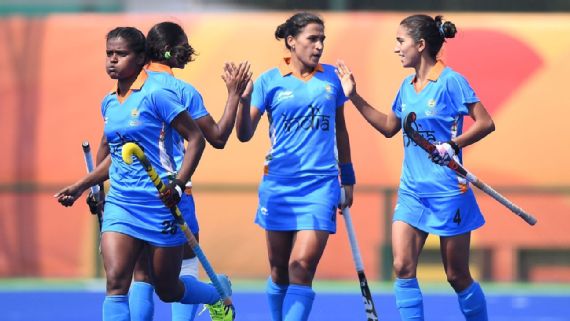 The Indian junior women’s hockey team received a WARM welcome on their flight from Melbourne to Delhi after their victory in the 3-Nations tournament in Australia on December 8. The Indian team won the tournament as they finished top of the points table despite suffering their first loss of the competition.

Soon after the players had boarded the Air India flight and settled on to their seats, the captain announced their presence in the plane and congratulated the team. Passengers clapped and cheered as one of the players walked across the aisle on the flight with the trophy. “Congratulations to the team and it is a pleasure to have you on board with us,” the captain of the flight said.

The 1 minute 48 seconds clip has been viewed multiple times on various social media platforms including YouTube and Twitter. Netizens are proud and posted congratulatory messages for the team besides appreciating Air India for their initiative to greet the players in an ecstatic manner.