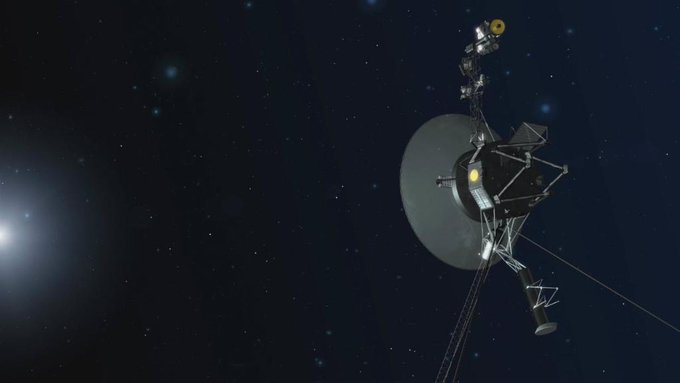 NASA has added another feather to its hat of already many colours as the space agency’s Voyager 2 has crossed the elusive boundary that marks the edge of the Sun’s realm and the start of interstellar space after more than four decades since it began its epic journey. The Voyager 2, with this feat, has become only the second spacecraft to reach outside the periphery of the solar system.

📡 〰️〰️〰️ 🛰️ @NASAVoyager 2 signals from interstellar space! New research reveals what the spacecraft's instruments found as it crossed the cosmic shoreline where the environment created by our Sun ends and the vast ocean of space begins. More: https://t.co/MMaUCWQRzA pic.twitter.com/eJEPW73rXA

According to the researchers at the University of Iowa in the US, Voyager 2 has entered the interstellar medium (ISM), the region of space outside the bubble-shaped boundary produced by wind streaming outward from the Sun on November 5, 2019. This makes Voyager 2 the second human-made object to journey out of the Sun’s influence, following the US space agency’s Voyager 1’s solar exit in 2012.

Plasma Wave Apparatus (PWA), mounted on the spacecraft, sent information about the atmosphere that helped the scientists to identify Voyager 2’s actual location. Scientists found that the increased density of plasma is clear evidence of the spacecraft’s presence in a colder and higher plasma density. Interstellar space is a place where warm and low-density plasma of solar winds always remains. Similar plasma density data was found from Voyager 1 when it entered ISM before crossing the solar periphery in 2012.