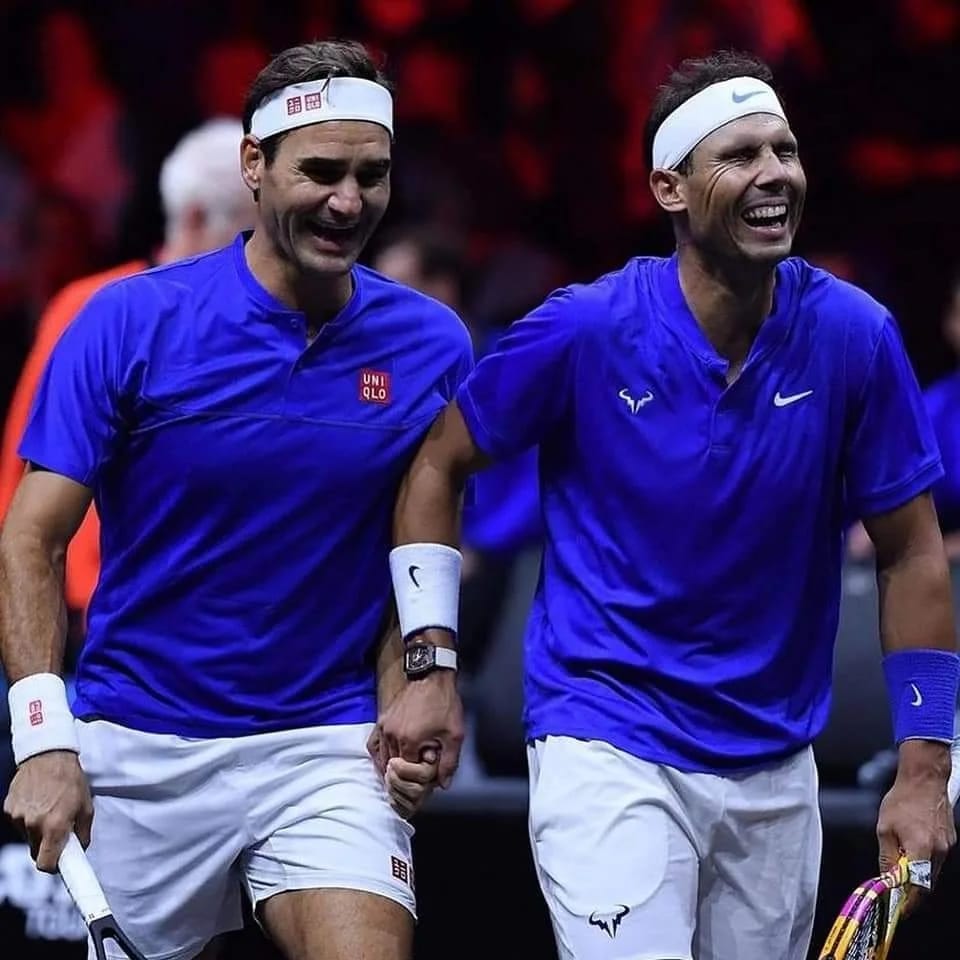 Roger Federer and Rafael Nadal’s rivalry has been one of the most celebrated affairs in the history of sports. The ace players share a great rapport off the court and when Swiss tennis maestro Roger Federer’s professional career came to an end it was natural for both the friends to get emotional on the occasion.

After the Laver Cup match which ended in a tie in London on Friday, Roger Federer got emotional and recalled the highlights of his career, even Rafael Nadal couldn’t hold back his tears and got quite emotional. 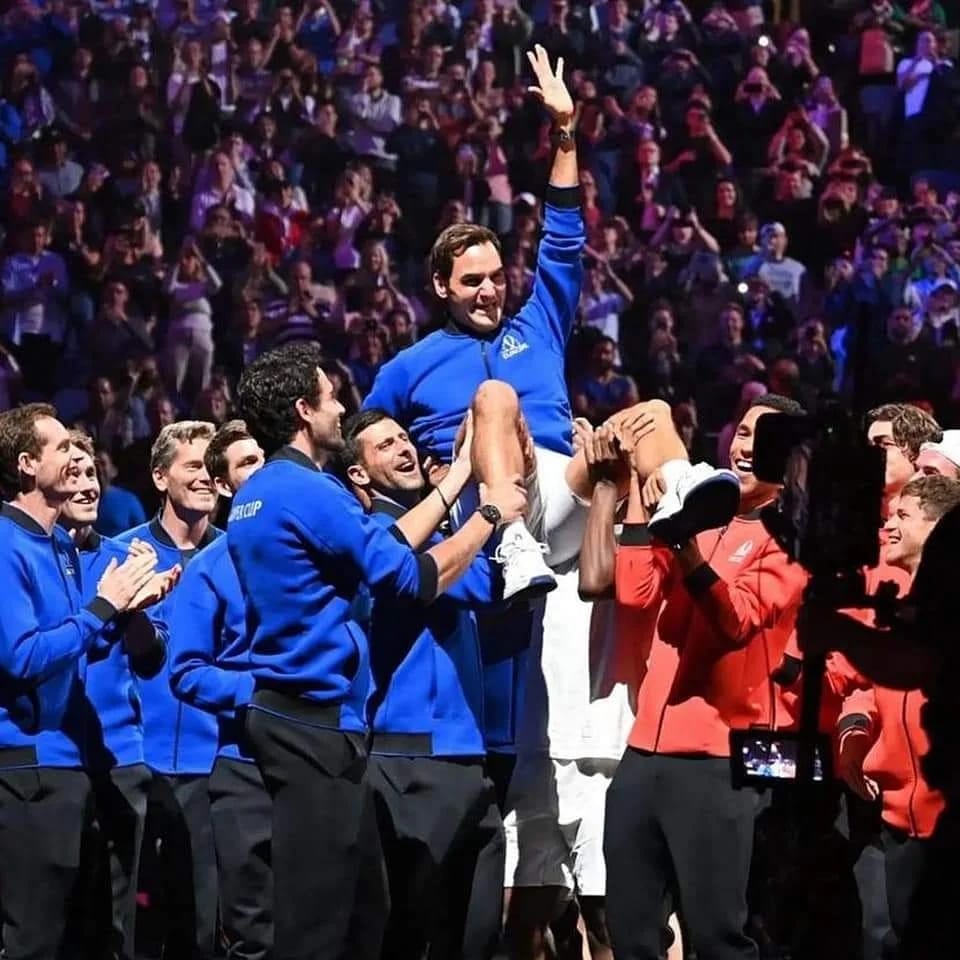 After the match, the official handle of Australian Open also shared a photo of Rafael Nadal crying alongside Federer and captioned it as- “Biggest rivals, best mates #Fedal.”

During the course of his career, Roger Federer won eight Wimbledon titles, five US Open titles, 1 French Open title and 6 Australian Open titles. He also enjoyed a great rivalry with Nadal and Djokovic and as these stars dominated the sport, they were touted as the ‘Big Three’.

Moments after the match, Roger Federer hugged his “greatest rival and friend” Rafael Nadal and his teammates before breaking into tears. It was then that the camera spotted Rafael Nadal in tears as well. 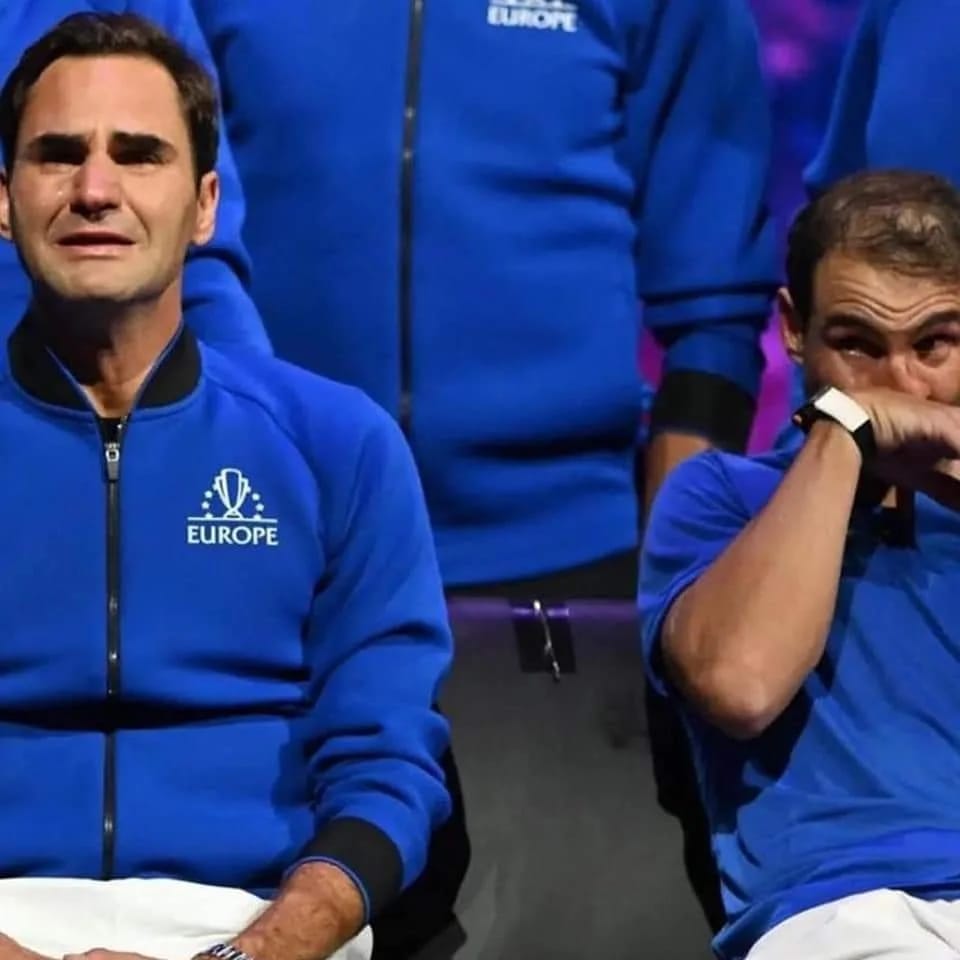 While giving an emotional farewell speech Roger Federer said- “It’s been wonderful. And of course playing with Rafa, on the same team, having all the guys here and all the legends, Rocket [Rod Laver], Stefan Edberg – thank you. It is amazing, it really is [to share the court with Rafa and the others]. I didn’t want it to feel lonely out there. It felt lonely for a second when they told me to come out one more time, it didn’t feel great. But to say goodbye in a team, I always felt I was a team player at heart. 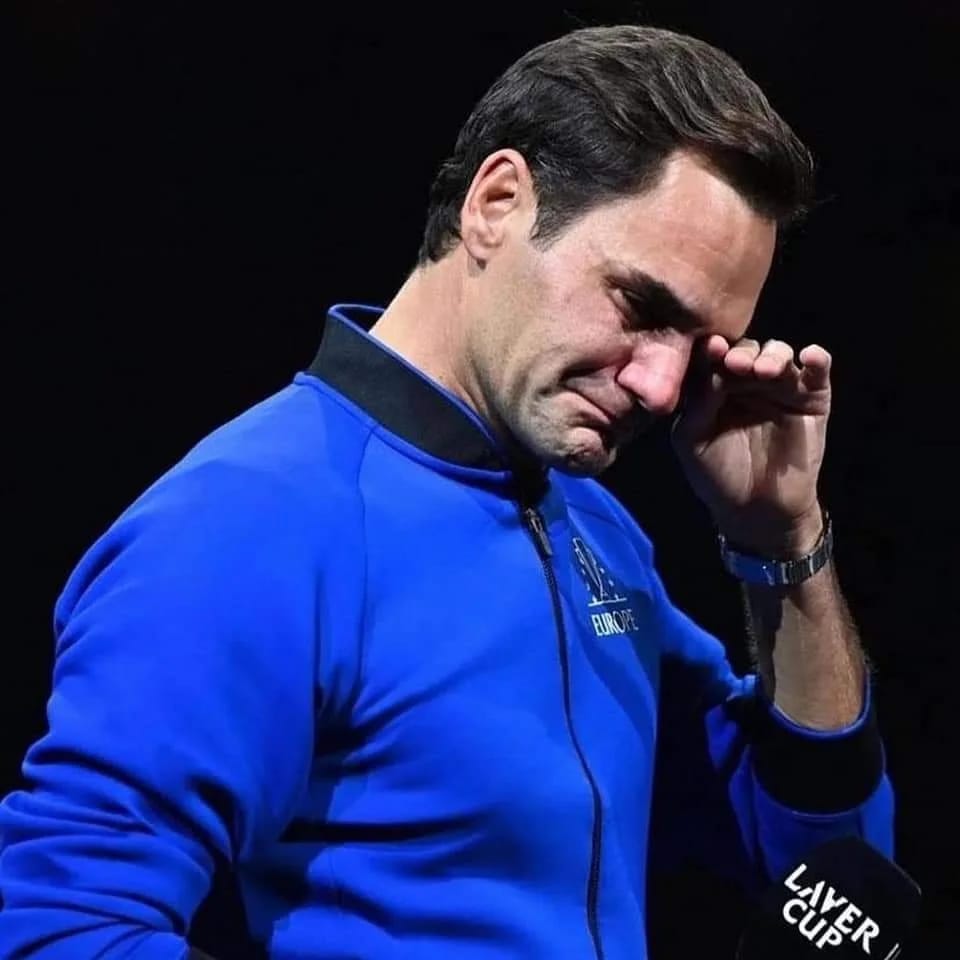 Singles doesn’t really do that a whole lot but I’ve had a team that travelled with me around the world. It’s been amazing with them. Thanks to everybody who made it work for so many years. Of course being on a team with Andy [Murray], Thomas [Enqvist], Novak [Djokovic], Matteo [Berrettini], Cam [Norrie], Stefanos [Tsitsipas], Rafa and Casper [Ruud] – and also the other team – you guys are unbelievable.”