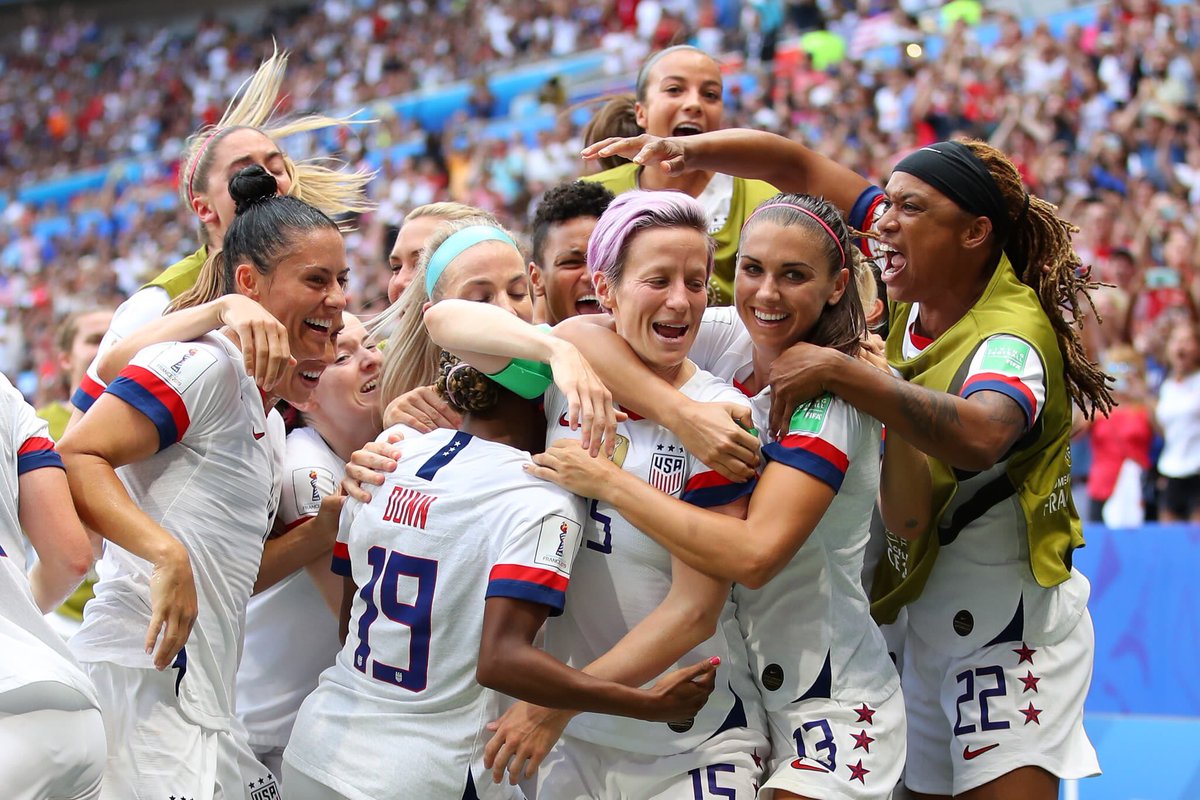 The United States team lifted the FIFA Women’s World Cup trophy for the fourth time, and for the second consecutive time. Four years after the US women’s soccer team triumphed at the 2015 World Cup, the team defended its title once again on June 7. The US had beaten the Netherlands 2-0 in the final. 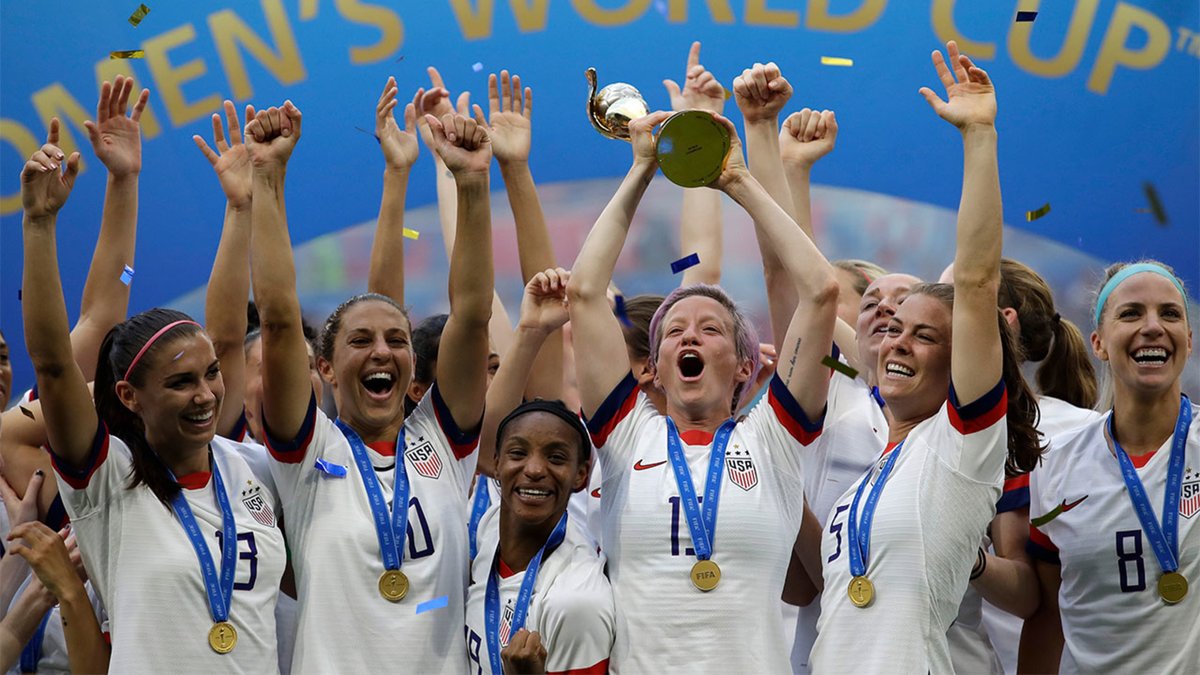 Going into the intense final, neither team scored in the first half. However, the U.S. gained momentum in the second half when co-captain Megan Rapinoe scored the first goal in the 62nd minute. Midfielder Rose Lavelle gave the team its second goal and thus brought the US to its 2-0 victory. Rapinoe’s goal was her sixth of the Cup, tying her with teammate Alex Morgan for most goals in the tournament. She also became the first player to score a penalty in a Women’s World Cup final. Further the midfielder also became the oldest scorer in a final and her goal won her the Golden Boot (top goal-scorer) and Golden Ball (most valuable player) honours. 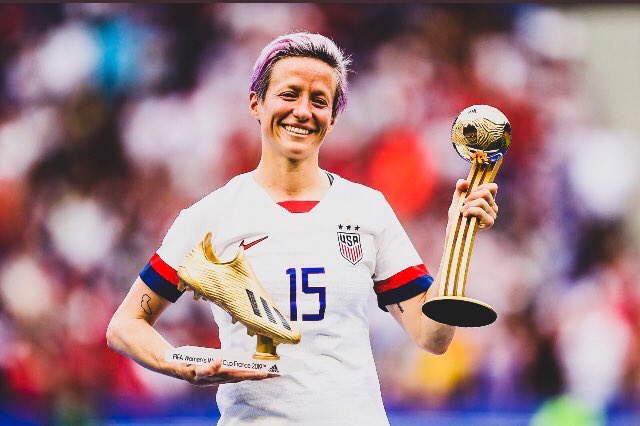 However, the purple-haired Rapinoe has drawn attention throughout the tournament not only for her outstanding playing but also for her outspoken political views. Earlier in 2016, Rapinoe had knelt during the U.S. national anthem as a sign of protest, before the U.S. Soccer Federation passed a rule requiring all players and staff to stand. And this time during the World Cup, Rapinoe chose not to sing the national anthem or put her hand over her heart to protest police brutality and discrimination against minorities. Not just that, during the tournament, Rapinoe said in an interview that she wouldn’t go to the White House if the national team was invited. Specifically, Rapinoe said in a video that went viral, “I’m not going to the f—cking White House”. Donald Trump responded to the midfielder in a tweet saying, “I am a big fan of the American Team, and Women’s Soccer, but Megan should WIN first before she TALKS! Finish the job!”, before extending an invitation, win or lose, to the entire team. 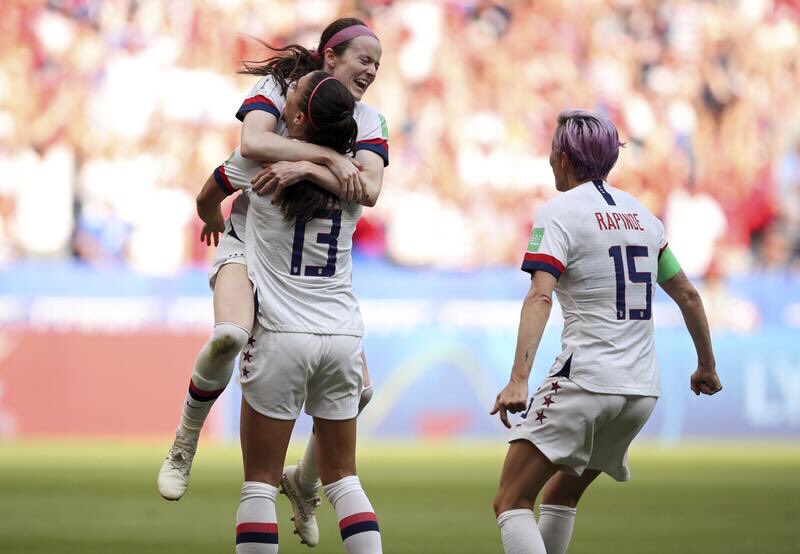 It’s a record-breaking victory for the world class female athletes of the U.S. team nonetheless, who made headlines both for the commanding play and their push for equal pay. Earlier in 2015, the U.S. Women’s soccer team, including current players Alex Morgan and Megan Rapinoe sued the US Soccer Federation over gender discrimination. The world-class players accused their governing body of shortchanging them in pay and working conditions when compared to the men’s national team, which didn’t even quality for the last edition of World Cup. And shortly after the final, the packed, exuberant crowd inside France’s Stade de Lyon went from cheering to chanting “equal pay!”- a powerful reminder that the record-setting team is still in the crux of another battle for fair treatment. A few of the fans even chanted “put them in charge of training the men’s team”.

Their recent victory marked the first time a women’s team had won four World Cup titles. And their most famous fans, the First Lady and the ex First Lady joined them in their celebrations.

So proud of you, Team USA—you inspire us all! #OneNationOneTeam https://t.co/YEHzyqOwZa

7 Things You Should Never Ever Say On A Date

After Ayushmann’s ‘Article 15’, Anubhav Sinha Is All Set For ‘Thappad’ With Taapsee Pannu