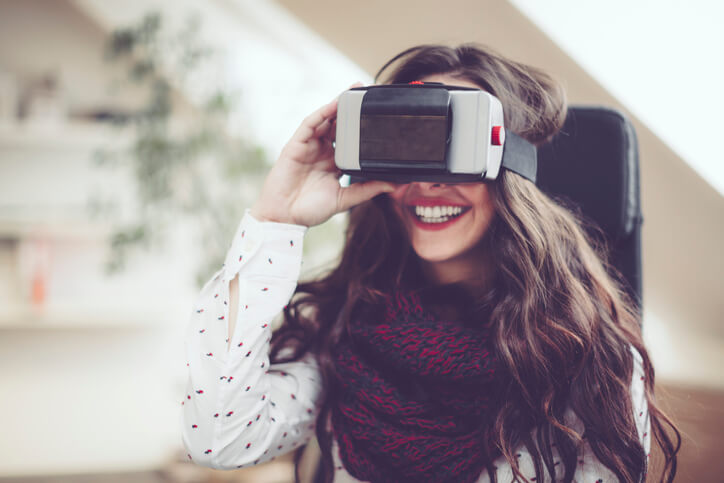 All of us have always wanted to live our wildest fantasies. Do certain adventures that we see on screen possible in reality. You can fly on a plane in reality, but can you fly in a Millennium Falcon? Well not for another 30 years to say the least. Well its clear we can’t do certain things in reality but we can still experience it.

We can live the wildest adventures that our brain can fathom, especially because of Virtual Reality. When Virtual Reality was making its way in 1960’s people weren’t sure that these bulky pieces of hardware will excite the consumer. But now as it turns out The VR industry is one that is estimated at 18.8 Billion USD.

Majority of it comes from VR gaming; Virtual Reality gaming is the pinnacle of make-believe that humans could reach. With more and more gaming events coming into existence It is no surprise that VR gaming is the next big thing.

The Behemoths have already underscored VRs importance with Facebook coming out with Oculus and pushing to create VR specific content for the consumers. It is a promising venture with more and more people ready to carry these headsets home and escape the reality. Game developers ae coming in with more and more games based around the VR concepts with story lines which can incorporate the player in them.

In this hailstorm of VR games India can’t be left behind, we mean no one can possibly forget the highest PUBG consumer base is India. Hence It is obvious that Indians are coming into the VR scene as well.

VR Rover, an up and coming start up, based out in Delhi sees big game in VR. With them already ready to open their first experience store in March 2020. Their vision is to redefine the gaming experience by providing high-end services at affordable rates. Virtual Rover is working towards building a platform for gamers where they can compete with gamers worldwide for cash and equivalent prizes. They would have a platform to show their skills, earn and build a following they never had. Their platform would also allow users to stream their matches and interact with a community of gamers.

They aim to empower gamers by building a community of individuals who can compete with and learn from each other in a platform that offers both gaming and streaming services.

Harry Potter Has A Magical Surprise That Will Let You Cast A Spell With Your Wand, For Real