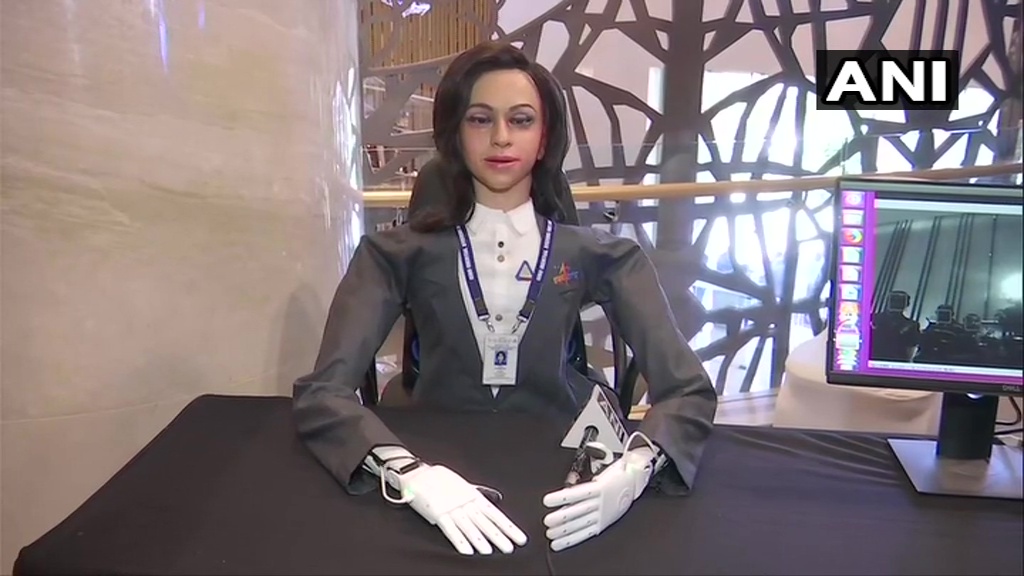 ISRO is a gift that keeps on giving – after making us oh-so proud with Mars Orbiter, and Chandrayaan, and the recent Gaganyaan has just introduced to the world their very own half -humanoid! Vyomamitra – that basically is a portmanteau of Vyoma (Space) and Mitra (Friend).

The half- humanoid was unveiled at a three-day symposium titled ‘Human Spaceflight and Exploration: Present Challenges and Future Trends’.

As per a national daily, even as four Indian Air Force pilots will be undergoing training for the manned mission, there are to be two unmanned missions in December 2020 and July 2021. These test flights will have robots instead of real astronauts.

Bengaluru: ISRO's half humanoid 'Vyommitra' to be placed in the first unmanned mission under #Gaganyaan to simulate most of the human body functions. Sam Dayal, ISRO scientist says, "It will try to simulate a human & report back to us. We are doing this as an experiment". pic.twitter.com/tikJJLierO