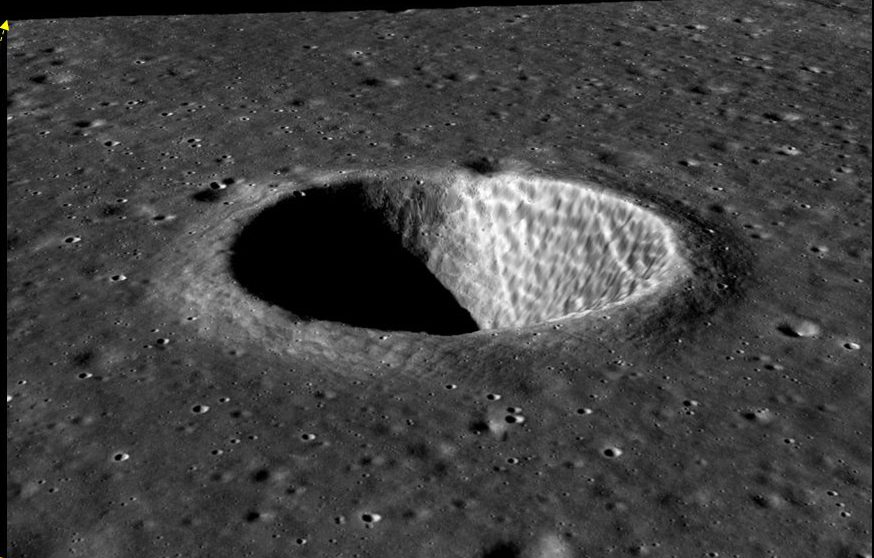 Chandrayaan-2 is alive and well, and snapping pictures as ISRO shared a new photo of the lunar surface captured by the orbiter. Chandrayaan-2, which has several scientific, imaging and mapping instruments onboard, has captured its first three-dimensional map of a structure on the moon- an impact crater.

#ISRO
Have a look of 3D view of a crater imaged by TMC-2 of #Chandrayaan2. TMC-2 provides images at 5m spatial resolution & stereo triplets (fore, nadir and aft views) for preparing DEM of the complete lunar surface.

This year, on September 7, ISRO attempted a soft landing of Chandrayaan-2’s ‘Vikram’ on the unchartered lunar South Pole, before losing communication with the lander. And now, after two months of that unsuccessful bid, India is looking to attempt another soft landing on the Moon by next year-end, probably in November, according to sources. ISRO had constituted a high-level committee, headed by S Somanath, Director of Thiruvanathapuram-based Vikram Sarabhai Space Centre, to prepare a report on the proposed Chandrayaan-3. A senior ISRO official was quoted saying, “The panel’s report is awaited. The committee has been given a guideline to prepare the mission before the end of next year”.