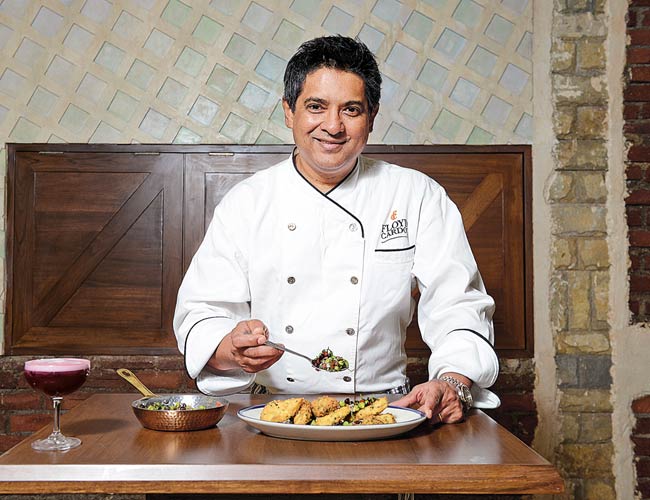 Chef Floyd Cardoz Passes Away After Testing Positive For Coronavirus

World renowned restauranteur, Chef Floyd Cardoz, who was tested positive with Covid -19, passed away in New York on Wednesday as confirmed by his family.

59-year-old, Mumbai raised Cardoz, who had shifted base to New York, was co-owner of two of Mumbai’s most popular restaurants, The Bombay Canteen and O Pedro, had recently launched his third venture, Bombay Sweet Shop.

Cardoz was in Mumbai until March 8, had taken to Instagram on March 18 announcing that he had admitted himself into a hospital in New York since he was feeling feverish.

An official statement released by Hunger Inc, his company confirmed that the star restaurateur-chef had been tested positive, in a statement which read “Floyd Cardoz (59 years), currently admitted in hospital in New York, USA, tested positive for COVID-19 on March 18, 2020.  As a precautionary measure we have informed the Health Department in Mumbai about the same. We are also reaching out personally to people who have interacted with him during his visit to India, so they can take necessary medical advice should they indicate any symptoms (fever, cough, shortness of breath) and/ or self-quarantine.

Floyd Cardoz had flown back to New York from Mumbai via Frankfurt on March 8, 2020.

Tributes have poured in on social media from friends and fans.

It is sad to share that chef floyd Cardozo @floydcardoz is no more. He has been an inspiration to many and I was hoping to cook with him some day.Falling to #covid19 just goes to show that this threat is very real so everyone please take care of yourselves. RIP cheffie. #corona pic.twitter.com/f4eQeMw4E4