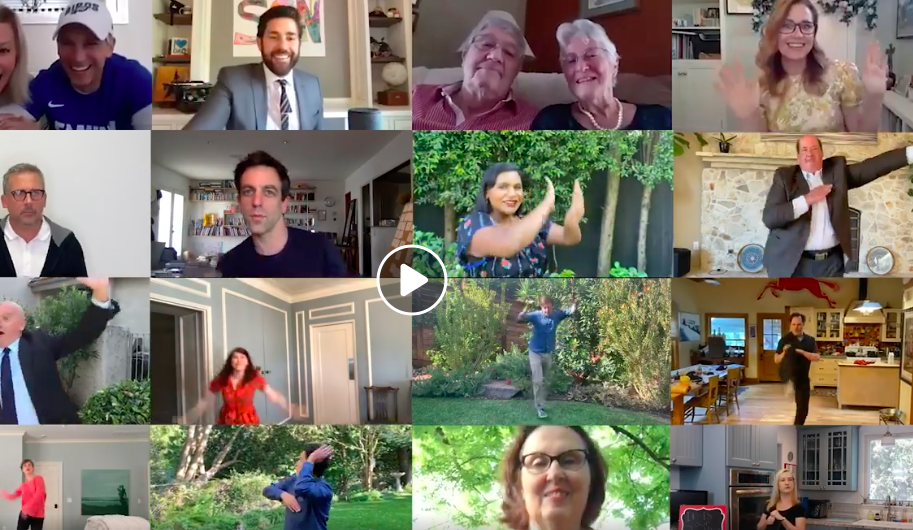 Best wedding ever, in the most hollowed out time ever – and only John Krasinski and the entire team of Some Good News, could have made it possible (we were very excited about the Emily Blunt cameo)!

John Krasinski decided to officiate a wedding over Zoom, and then go onto to give them the biggest surprise ever. Not only did he manage to get the cast of Office to join the call (the scrupulous “Creed Bratton” involved) but also have them do the routine from Jim and Pam’s Niagara wedding! Suffice to say, we were left misty eyed.

Episode 7 of Some Good News is here and well … we ‘Love' it !!! #SGNlove #SGNwedding

We mean, you had your Kelly looking like a bomb always, and you had a very salt and pepper Michael, who let’s just stay is a snacc, plus Oscar pulling some crazy moves, Dwight being, well – Dwight, and Angela with a cat – the only thing we wondered was if Kevin has tissue boxes on or not!

Here is the original video from the routine, and might we add that Kelly still aces those flamingo-swan moves!

Indian Railways To Restart Trains From May 12, Bookings To Start A Day Before From 4 PM