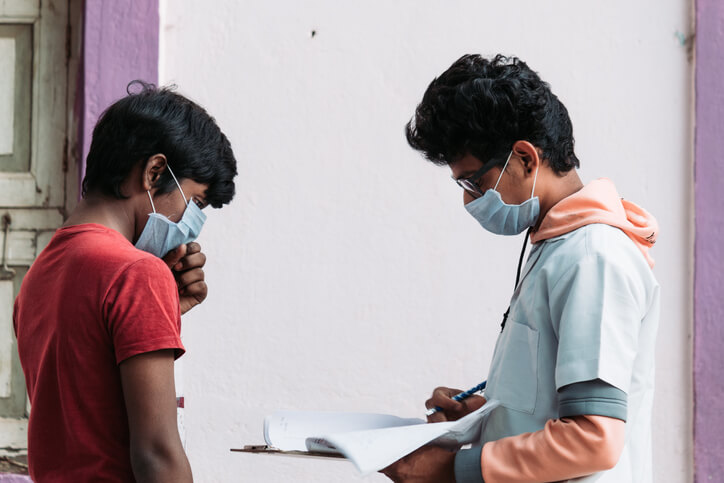 In the past few days, the cases in the National Capital Region has risen starkly, causing authorities to put in stringent measures to contain the outbreak of novel coronavirus. After the Delhi government announced the names of three hotspots, that included the popular Bengali Market area, all three cities, i.e. Noida, Delhi, and Gurugram have amped up testing and become more forthright with measures regarding the same. This includes the ‘phone booth tests’ and door to door testing.

Modelled on South Korea’s telephone booth testing centres, cities across Uttar Pradesh and in Delhi NCR have undertaken this procedure that enables for a contactless collection of samples from within a box. This has been earlier tried by the Jharkhand and Kerala governments.

Alongside this, Gurugram in the NCR, followed in the footsteps of Noida, and launched a door-to-door survey of all households to check symptoms of novel coronavirus and record, if any, recently travel history. These measures come in as, both Noida and Gurugram in addition to 20 areas in Delhi are being treated as hotspots.