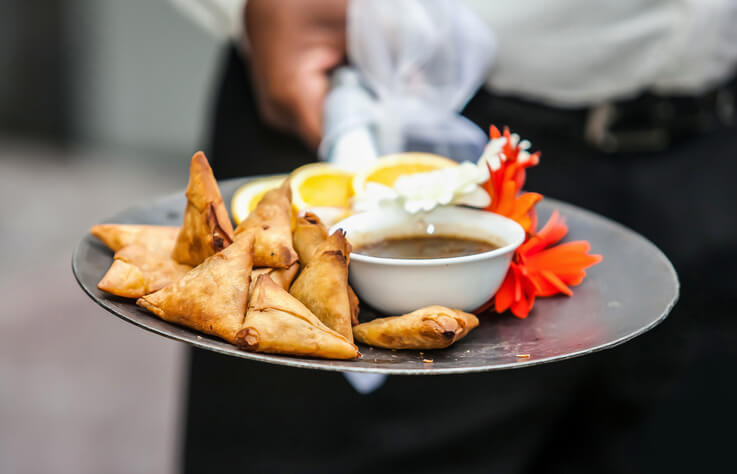 Quarantined Man Calls UP Govt Helpline To Ask For Samosas

The Uttar Pradesh government has launched helpline numbers to deal with those confined to their home during the 21-day coronavirus lockdown. However, there are many who are dialling these helpline numbers in order to make bizarre requests.

In Uttar Pradesh’s Rampur, the administration said locals have flooded the essential services helpline with demands for pizzas and samosas, a report in a news daily said. Rampur administration has issued eight helpline numbers including two mobile phone numbers and three WhatsApp numbers.

Rampur DM Ajani Kumar Singh said 50% of “our resources and time is used to handle these nonsensical demands”.

Singh told the daily this is a huge problem the officials are facing ever since the control rooms were set up. The administration has now decided to fine those who are flooding these helpline numbers with such demands.

He said a man had called up the Swar tehsil control room number and demanded four samosas. Singh said he personally ensured that the man was fined and even punished. The man was made to clean all the drains in an area, another report said.

“These had been ready even before the Prime Minister announced the lockdown, one in the district headquarters and in every tehsil and block,” Singh said.

Singh said one man called up asking us to send him a pizza. “We got a call from a paan shop owner saying he had run out of paan and that we must send him some,” he said.

The DM said many others have called and asked to send cooked food. Also, pharmacies and grocers have been calling and asking to send supplies. But the problem goes beyond that, he said, adding that when volunteers reach their place, they find that there was no actual need. “Persons concerned were simply testing the system,” he said.