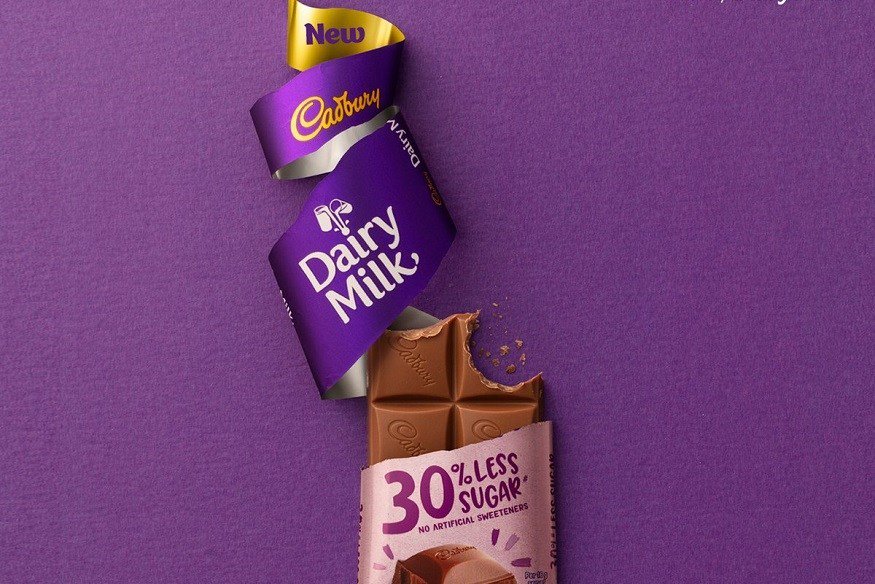 Our Favourite Cadbury Dairy Milk Gets A Healthy Makeover

If you are a die-hard chocolate fan but also worried about your health, there’s some relief in view as Cadbury is all set to launch a new version of its famous purple liveried Dairy Milk bars. And they’ll all come with 30% less sugar!

After decades of catering to the ‘sweet tooth’ of Indians, the company has launched this new version of the iconic chocolate bar in order to keep up with the trends of the time and cater to its health conscious customers as well. It took 20 scientists, nutritionists and chocolatiers almost two years to develop the new confectionary that has no artificial sweeteners, colours or preservatives. However, the confectionary giant is not risking the wrath of Dairy Milk aficionados and intends to sell the new bar alongside the original recipe, even though the brand insists the diet versions taste as good. It is most likely to go on sale from next year.

Cadbury owner Mondelez International called the new chocolate bar the most significant in the brand’s history while announcing plans to reduce sugar in other snacks including Oreo, Maynard Bassetts Wine Gums and Jelly Babies. Food and beverage makers are focusing more on healthier versions of some of their best-selling products to cater to more discerning urban shoppers. While the country’s biggest cola companies have launched low-calorie drinks for consumers, biscuit makers have also set out to offer cookies made from oats and ragi. Similar trends have also been followed in diet chips, ready-to-cook oats, instant noodles, nutrition bars etc.