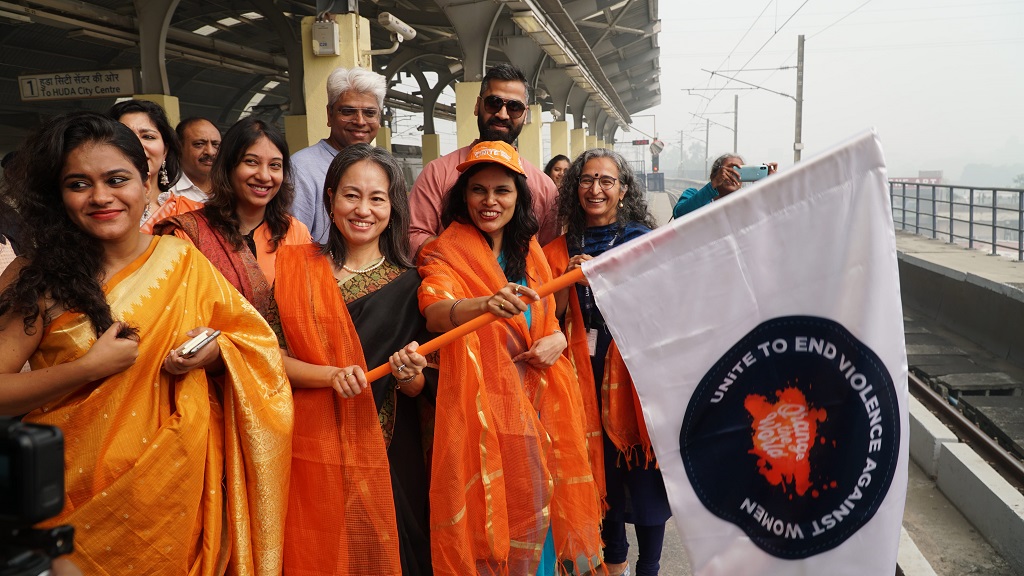 Delhi metro’s yellow line goes orange as UN Women India flagged off the ‘UNiTE to End Violence Against Women’ metro at the Sultanpur Metro station. The flag off came as part of the United  Nation’s 16 Days of Activism campaign, a global effort to draw attention to sexual and gender-based violence. 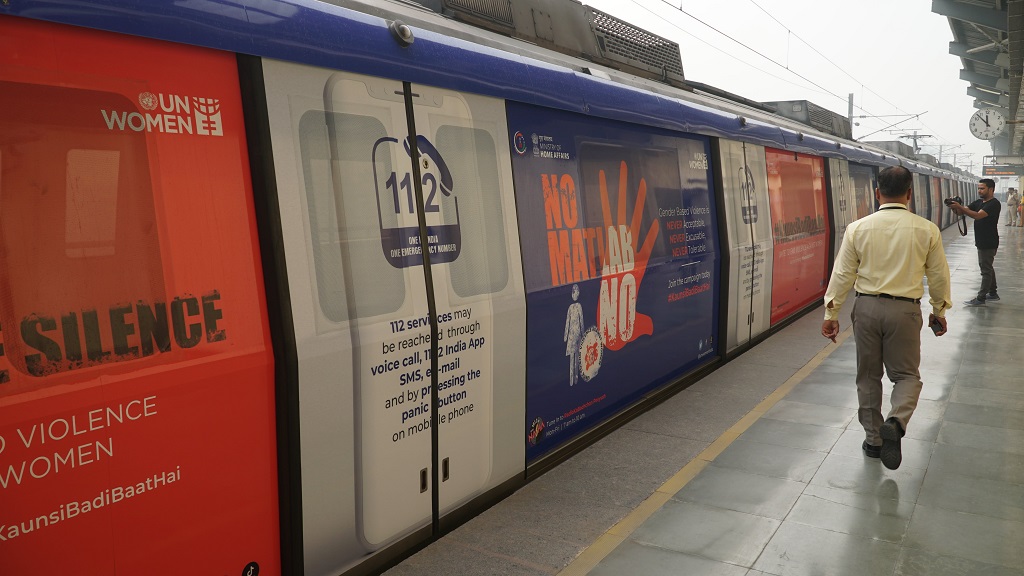 Addressing the gathering at Sultanpur Metro Station, Nishtha Satyam, Deputy Representative, UN Women India said, “UN Women is extremely proud to partner with the Ministry of Home Affairs, Radio Nasha to kick off the 16 Days of Activism campaign on promoting inclusive and safe spaces for women. This will include challenging gender norms, stereotypes, behaviours, and attitudes that limit women’s full and equal participation. The campaign encourages and seeks everyday stories of women and men who have challenged patriarchy– they are our real-life champions, and through this campaign, we will celebrate these stories, while reminding ourselves that much still needs to be done”. The metro train messaging aims to popularise the 112 Emergency Response Support System helpline launched by the Ministry of Home Affairs earlier this year and also raise awareness on ending gender-based violence.

The 16 Days of Activism against Gender-Based Violence was originated in 1991 by activists at the first Women’s Global Leadership Institute. Every year since then, it is marked on November 25- International Day for the Elimination of Violence Against Women and continues till the International Day of Human Rights on December 10. Every year the campaign introduces a new theme and this year’s is Orange the World: Generation Equality Stands against Rape! In support of this civil society initiative, United Nations Secretary-General Ban Ki-moon launched UNiTE to End Violence against Women campaign in 2008. It is a multi-year effort aimed at preventing and eliminating violence against women and girls around the world while calling for global action to increase awareness, galvanise advocacy efforts and share of knowledge and innovations.

Lucknowi Must Eats: These Dishes Will Have You Drooling Instantly!

UN Report States AIDS Is Coming Down Significantly In India