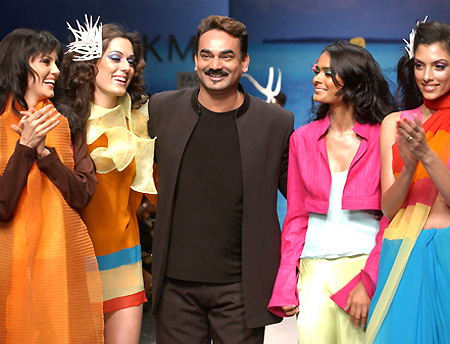 Designer Wendell Rodricks Passes Away At His Goa Home

Popular Indian fashion designer Wendell Rodricks has passed away at the age of 59 in Goa. The cause is being reported as a heart attack. Rodricks has been heralded for his activism towards homosexual rights, environment, and other social causes. He has also been conferred upon with the Padma Shri.

FDCI is deeply disheartened with the sudden and untimely demise of one of the country’s iconic designer, Wendell Rodricks.
The fashion fraternity lost a legend today.
Wendell, we will miss you. pic.twitter.com/AFFUVu9UcD

Wendell Rodricks has also been credited with introuducing the concept of sustainable garments in the Indian fashion circuit.

He was also a part of the khadi movement, and even promoted it at the world’s largest organic fair, BioFach, at Nuremberg, Germany, in 2011 when he was invited there. In 2017, he presented a collection for plus-size women at the Lakme Fashion Week in 2017. He also made cameos in Indian movies, such as Fashion and Boom.

5 Proposal Ideas That Guarantee An ‘I Do’