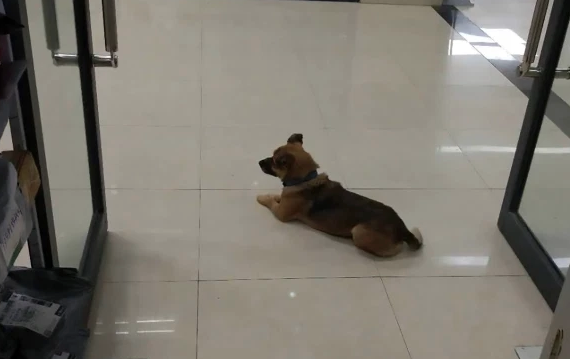 If the reports of COVID-19 deaths haven’t been heart-breaking enough, here’s a story that won’t let dog-lovers sleep. A seven-year-old mongrel has been waiting for his human outside a hospital in Central China’s Hubei Province, since the coronavirus pandemic started in February. His human, sadly passed away after just five days of being admitted.

It seems Xiao Bao, the dog, was first seen at the Wuhan Taikang Hospital in February. He has, since waited at the hospital lobby for over three months now, in the hope of reuniting with his human. Reports suggest that the dog kept finding his way back to the said hospital, despite several attempts of relocating him by the hospital staff.

The owner of the supermarket within the hospital, who had been feeding Xiao Bao told the media that ‘Xiao Bao’s owner, a pensioner, was admitted with the coronavirus. Then he passed away, but Xiao Bao didn’t know and just stayed in the hospital looking for him. It never left the hospital. It was incredibly touching and so loyal’.

Xiao Bao has now, finally, been shifted to a shelter by the Wuhan Small Animal Protection Association. We really hope he gets all the love and care that he deserves, after the heartache that he has been through.