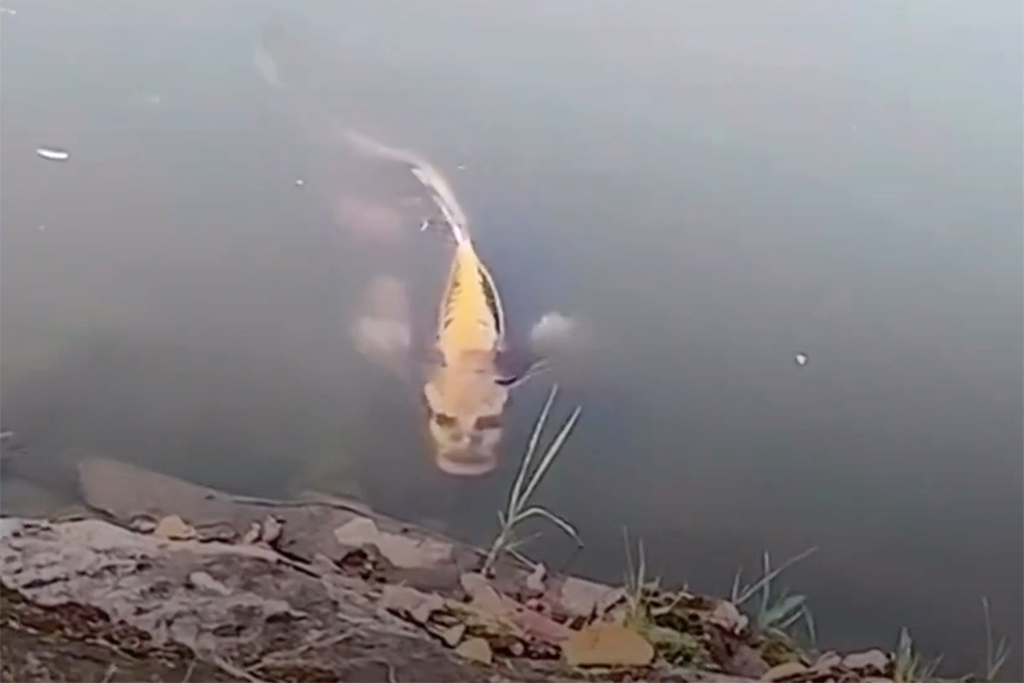 FREAKY! Fish With A Human-Like Face Is Floating In A Viral Video Online

While humans happily pose away doing the ‘fish face’, this fish has a human-like face. One can see the striking resemblance in a TikTok video floating online.

The fish swims to the surface of water, pokes its head out and drinks water. Eventually, it goes inside water again.

This fish has human face 😬😬😬😬😬 pic.twitter.com/tlQvRHMoFB

Reportedly, the video was taken by a visitor to the Miao village in Kunming, China; it was later shared on Weibo and then TikTok. The TikTok video has now garnered 23.6k views.

Back in 2016, Qiu Xiaohua, an elementary school teacher, found a human-like fish in Wugang City, in Central China’s Hunan Province. He found the carp while he was out for fishing.

Ahead Of First Wedding Anniversary, Deepika Shares What Ranveer Is Upto