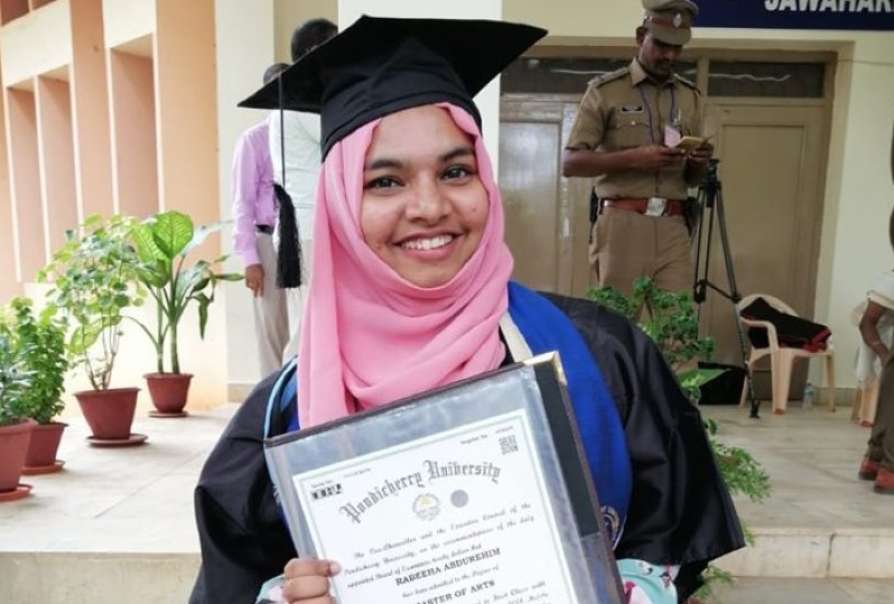 Hijab Wearing Gold Medalist Not Allowed In Her Own Convocation

Raheeba Abdurehim, a 2018 MBA graduate in mass communications at Pondicherry University, was to have received a gold medal at her convocation. However, she was asked to leave without being given a reason, and not allowed in until President Ram Nath Kovind had left the venue.

#NewsAlert – Rabiha, a gold medalist from Pondicherry university rejected the gold medal because she was allegedly denied entry into the convocation hall when President Kovind arrived for the event on suspicion that she could protest against CAA.#CAAshowdown pic.twitter.com/7R70AX0Pb4

Soon after the President arrived at the ceremony, Raheeba Abdurehim was asked to leave. “I knew why, and what was the reason they wanted me to come outside.”

She wasn’t allowed back inside. “So as a protest against what is happening against every student in India, right now – I am rejecting the gold medal”.

This is an insult for me. It’s an insult against every Indian who is fighting against what is happening right now. I have rejected my gold medal, because I am an educated person and I don’t want a gold medal to tell me what to do, and this is my protest.

While Raheeba Abdurehim wasn’t given a clear reason by the authorities, she narrated that when other students questioned why she was asked to step out they were given the answer – “Maybe, she is wearing her scarf in a different way.”