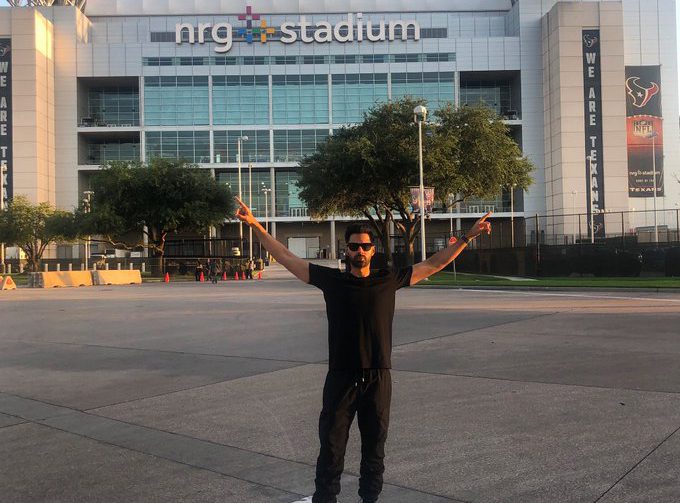 Comedian Hasan Minhaj Denied Entry To ‘Howdy Modi’ Event, And This Is Why

While thousands of Indians and Americans around the world celebrated and took part in the success of ‘Howdy Modi’, not all were allowed to get involved in the event. Indian-American stand-up comedian Hasan Minhaj was reportedly not allowed to enter the NRG stadium, where the ‘Howdy Modi’ event took place.

In a video that went viral on social media, Hasan Minhaj can be seen outside the venue, on the phone with a media coordinator from the press registration. In the call, which was on loudspeaker, Minhaj was enquiring the organiser about his credentials for the event. Hasan and his camera crew were denied entry to the venue with authorities citing lack of press credentials and limited accommodation for crews as the reason. The comedian was further insistent on entering as he said, “But you told me we were denied because of the jokes”, to which the organizer said, “Yeah, some people were not happy, but that doesn’t matter to me much. The reason I can’t get you in is due to the lack of space for broadcast crews”.

The comedian and political commentator is yet to respond to the incident. The last Twitter activity on his account saw his picture in which he could be seen standing in front of the venue. He captioned the post as, “Here to celebrate two great nations coming together. India first. But America first too. #HowdyModi”. He faced a lot of heat on social media for his episodes on Indian elections and the clampdown in Kashmir after the abrogation of Article 370 ahead of Indian Independence Day.

Did You Know: Mushrooms Apparently Are Great As An Anti- Inflammatory Food

Dimitri Vegas & Like Mike Are Heading To India Again, This Time For A 4-City Tour