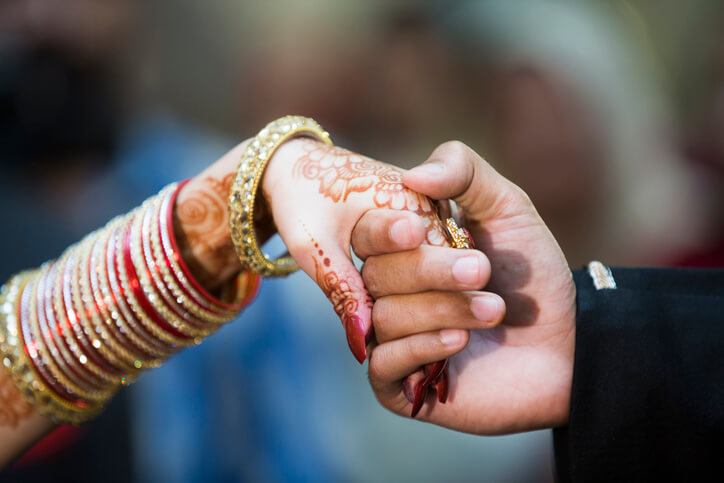 During the anti-Citizenship Amendment Act (CAA) protests that swept up the nation, one of the most heartwarming things to witness was a group of other faith people forming a human chain as their Muslim brethren offered Friday prayers. Now, Kanpur seems to have taken this in the right direction with an equally wonderful gesture.

On 21st December a bride in Kanpur, Zeenat Khan (25) was convinced that her marriage will be stalled due to the unrest in the area due to anti-CAA protests. The groom called her in the morning, confused about how to reach the location due to the violence and panic in the city. The family wondered if the festive should stop for the time. The word spread about their situation and their Hindu neighbor, Vimal Chapadiya, decided to step in an help the Khan Family. He ensured them that he and his friends will escort the baraat to the function safely.

By the time the baraat reached the Bakarganj Chauraha, Vimal and 50 other Hindus formed a human chain around the 70 baraatis and escorted them to the wedding venue. Zeenat believes that Vimal came like an angel into her life as without him her wedding would not have taken place.

5 Trendy Ways To Style Your Ethnic Wear This Winter Season